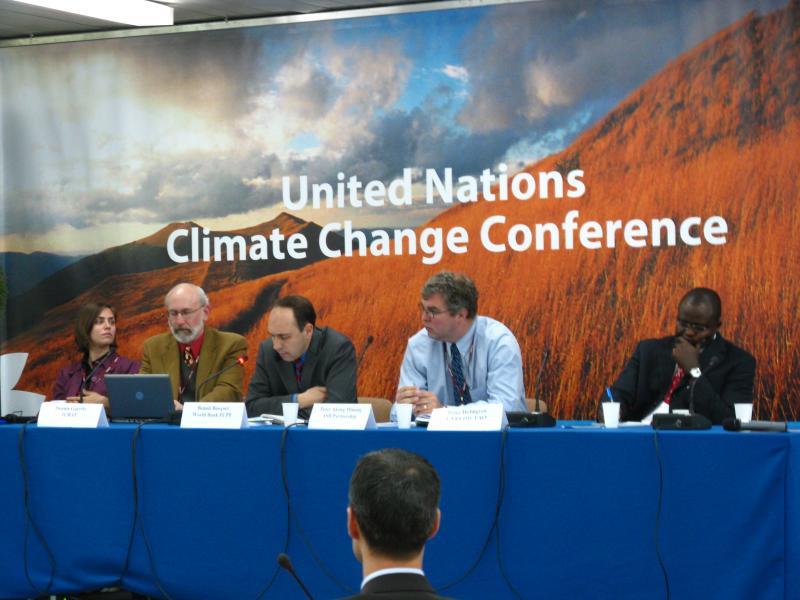 A University of Manchester professor has recently spoken out against claims published by the UN’s Intergovernmental Panel on Climate Change (IPCC).

Limiting climate change to 2°C above the pre-industrial level by the year 2100 has become the unanimous goal championed by not only the IPCC, but other environmental and governmental bodies.

Energy supply, industry, forestry, and animal agriculture have been cited by the IPCC as the top four drivers of global climate change. Addressing all of these issues would seemingly herald revolutionary changes in the way we live and utilise resources.

However, IPCC officials have stated that when working towards this goal, “global economic growth would not be strongly affected.” It is this statement that Manchester’s Professor Kevin Anderson finds to be “wildly over-optimistic.”

“In my view,” Anderson explains, “the IPCC’s own carbon budgets make it abundantly clear that only a revolutionary transition can now deliver on 2°C.”

These ‘revolutionary transitions’ are conspicuously absent from any of the panel’s reports. The organisation pushes for a gradual move away from fossils fuels as a feasible way to reach the 2° goal.

Even if these figures are reached, the panel only predicts a 66 per cent chance of our planet remaining within the 2° range.

Anderson believes these the panel’s plan of action is far too facile when considering the goal at hand. The optimism of the IPCC, he believes, is based on faith in “the large-scale rollout of speculative technologies intended to remove CO₂ from the atmosphere,” and on a reliance on “unrealistically early peaks in global emissions.”

“Wealthier high emitting individuals, whether in industrial or industrialising nations, will have to accept radical changes to how we live our lives—that or we’ll fail on 2°C.”

Accepting voluntary contributions on climate change from scientists and other various experts, the IPCC is primarily a scientific body. However, all research presented must be reviewed by governmental bodies before it is released.

Anderson believes this to be part of the issue, as many of the climate experts working within the organisation tend to censor their results to make them more “politically palatable.”

“Scientists must make their assumptions transparent and defensible, however politically uncomfortable the conclusions.”

With The United Nations Climate Change Conference due in November and a new chairman of the IPCC having been appointed a few weeks ago, Anderson’s remarks are coming at a critical point in the history of climate change policy.