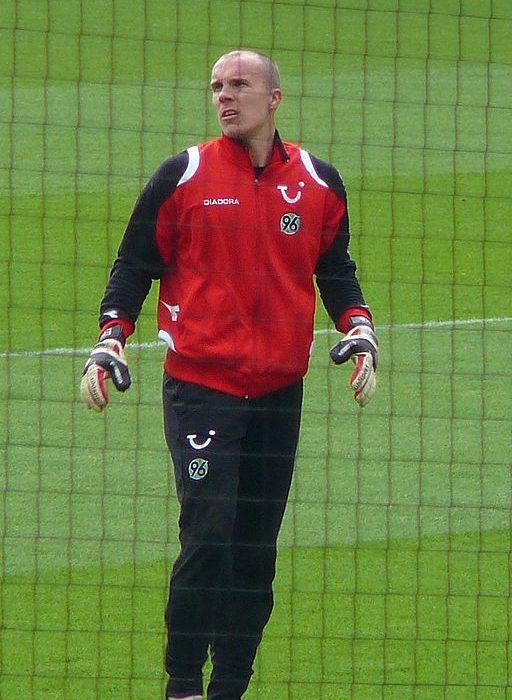 Andrew ‘Freddie’ Flintoff was one of the great England all-rounders in cricket, and one of the outstanding players of the dramatic 2005 Ashes win against Australia. Before the 2005 Ashes, Flntoff’s bat provider (Woodworm), were on the brink of liquidation. It speaks volumes that after his performances in the series, Woodworm were saved by the fact that everyone wanted a replica of Freddie’s bat. Sales soared as every kid in the country wanted to be the next Andrew Flintoff.

Throughout his England years, Flintoff fell foul of the tabloid newspapers in regards to alcohol and battles to control his weight. People thought he was an idiot who was throwing away his career. The press slated him.

A few years ago, Flintoff led a BBC documentary exploring depression in sport. He had battled depression throughout his career and developed a severe dependency on alcohol. In the program, Flintoff spoke to many sporting heroes, who know all too well the struggles of depression, such as football hard man Vinnie Jones, England Cricket teammate Steve Harmison, boxer Barry McGuigan, and Neil Lennon amongst others.

Flintoff described the negative experiences he had with the tabloid papers at his lowest point for the very first time. The hurt that no one seemed capable of understanding what he was going through. Or simply refused. The documentary brought a rather interesting conversation with former tabloid editor, Piers Morgan. Flintoff began by asking if the media reported sport responsibly, to which Morgan replied rather bluntly “No, not really”. Sports journalists in his eyes do not think about the consequences of their stories on others: “sport is visceral, it’s raw, it’s live, it’s dangerous, it’s exciting, the rewards are massive and the downside is you occasionally get a headline you don’t like”.

One must think that this is the media in a nutshell, but it was Morgan’s comments on depression that were rather haunting. Commenting on depression in sport, Morgan stated that “if you’re called to play for your country at sport, then it’s such an incredible privilege and honour that to actually claim to be depressed because you’re having to stay in a five star hotel while you’re playing cricket for England to me seemed ridiculous”. When it implied that he couldn’t possibly be depressed, Flintoff asked “clinically you cannot be depressed?”, forcing Morgan to admit he “couldn’t grasp it”.

The ignorance showed by Morgan is appalling, but unfortunately, he is not alone in this view. My criticism does not lie in the media, but rather the lack of knowledge that people have about depression. That is the most painful thing that haunts people suffering with depression. For Clarke Carlisle, the former footballer who attempted suicide in 2014, many sportsmen and sportswomen worry about “losing pride” if they discuss their mental health, or that it will have a “negative effect” on their prospects, because many do not understand what they are going through.

Fast forward from Piers Morgan’s interview, the football world was sent into shock when Robert Enke, the German International Goalkeeper who was going to be going to the World Cup in South Africa, committed suicide. Enke had been battling depression for six years when he stepped in front of a train near Hannover in 2009. He had struggled to overcome the death of his daughter Lara, who died at the age of two in 2006 of a rare heart condition.

Enke’s widow, Teresa Enke, believed that he also had difficulty coping with the intense scrutiny of professional football. “Pressure can become a sickness. Being part of the national team also had a big effect, always being in the public eye both negatively and positively. It really got to him”.

The writer Ronald Reng, who was a friend of Enke’s and took on the task of recounting his story in the exceptional book, A Life Too Short: The Tragedy of Robert Enke, spoke of how Enke hid his depression because of his role as a goalkeeper: “In our achievement-oriented society a goalkeeper, the last bastion in defense, can’t be a depressive. So Robert summoned up a huge amount of strength to keep his depression secret. He locked himself away in his illness.”

Reng added: “The last wish Robert had was to write this book. At least there is an understanding of what someone suffering depression goes through. Through Robert’s death, there is in Germany a higher understanding that this is an illness, and that people need help.”

Recently, a Fifpro survey indicated that depression in football is widespread. 38% of 607 players interviewed reported symptoms at some stage, especially those who had suffered serious injuries. Former professional footballers reported more mental health problems than current players. Dr. Vincent Gouttebarge, the Fifpro Chief Medical Officer in charge of the survey, said professional football is littered with psychological pitfalls for the players. “Once the players stop with intensive physical activities they lose their structured life, their social support by trainers and team mates diminishes, they need to find their place in ‘regular’ society, and find another occupation. Consequently, they are likely to experience some mental health problems during this period.”

Perhaps with this recent survey, it reveals the impact that Enke’s death has had. Certainly this is the view of his widow, Teresa, who has spoken of how people are “a lot more open about depression”.

Dr. Gouttebarge has made a rallying call to football, that everyone has the “collective responsibility to remove the stigma associated with mental illness. All players, whether active or retired, can learn optimal behaviours and coping skills to manage the symptoms of mental illness”.

It is not only in sport that we need to remove the stigma associated with mental illness, but also in society itself. When Clarke Carlise attempted suicide by driving into a lorry, I could not believe some of the comments that I was reading on facebook. “He’s been selfish. He should have found a nice attic to hang himself.” Are people prepared to simply let others give up? We need to move forward and encourage people to acknowledge their symptoms, to act upon them and take a step in the right direction towards recovery. With further support to people and their families, we will hopefully begin to understand further why depression occurs, and take an important step towards prevention.