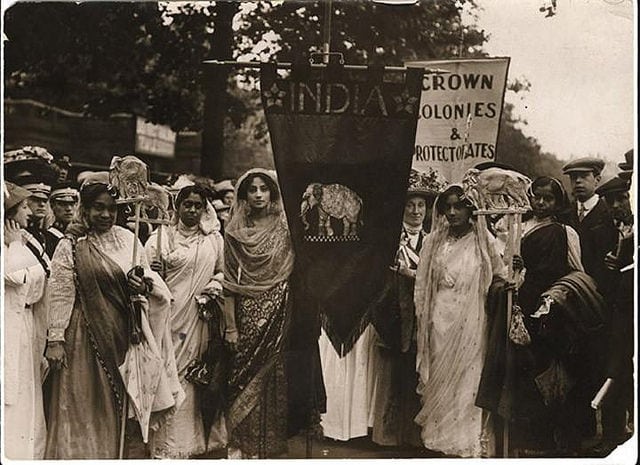 The hypocrisy of white western feminism

In the western world, to say you are not a feminist is to send yourself to the gallows. Our increasingly informed public society has moved beyond race to focus on gender in discussions of equality, inherent rights, and systemic prejudices. This has materialised in the mainstream acceptance of feminism, being that it’s the loudest and most prominent voice offering solutions.

To say then, that you are against feminism is often equated with the idea of disagreeing that women are equal to men. What is missed however, are the subtle, and sometimes not so subtle, transgressions committed by the group. Well-intentioned genesis aside, the suffrage campaign has historically excluded black men and women. This continues into the modern feminist movement, where a complete disregard for other disadvantaged groups, stemming from a passive stance, is the norm. In fact, the feminists of today have dwarfed their predecessors in their degree of false virtues via hostile intimidation methods and insolent effrontery of other cultures. What results is a limited agenda that exclusively benefits the white, educated, middle class female.

Today’s feminists dotingly reference Elizabeth Cady Stanton and her entourage of suffragettes with romantic deference. A principle actor in pushing for the 19th Amendment giving women the vote, she is commonly seen as progressing women’s rights in America. And initially, her relationship with  social reformer and ex-slave Frederick Douglass reflected how white women associated with black men within the movement: Equally supportive of the each other’s crusade.

But after the 15th Amendment was passed, allowing black men to vote, a bitter vitriol filled the air: “What will we and our daughters suffer if these degraded black men are allowed to have the rights that would make them even worse than our Saxon fathers?” Stanton clearly sees herself as superior in class and culture; disappointingly ironic since that is exactly what she’s fighting against. Her bigoted sentiments translate throughout the pro-women organisations, where privileged white women drew on their connections with powerful white men to further their cause—one that did not include poor women, immigrant women, or black women.

The exclusion was entirely premeditated. By distancing themselves from black women, suffragettes from the North were able to appeal to Southern women using race. What arises from such racism is Ida B. Wells, a black suffragist and leader of an anti-lynching campaign, being forced to walk at the end of the famous Women Suffrage Parade in 1913—despite many states being desegregated. Racist language among prominent female figures persisted in the two years after women were allowed to vote; Rebecca Ann Latimer Felton, the first woman to serve in the Senate and white supremacist, asserted “I do not want to see a negro man walk to the polls and vote on who should handle my tax money, while I myself cannot vote at all.”

The hypocrisy of working to progress one group’s liberties while feeding the toxic machine that hinders another can be seen in this country as well. Emmeline Pankhurst, leader of the British suffragette movement, strongly believed in colonisation (a detail that is noticeably absent from BBC’s history page on the activist).

Another prominent figure, Millicent Garrett Fawcett considered women in New Zealand being able to vote before women in the home empire to be appalling. This humiliating woman-on-woman racism becomes outright shameful when the modern feminist movement does so little to address past faults or improve current relations.

Feminism’s severe inability to embrace women who have two equally important identities (black women, trans women, impoverished women) has rendered their dogma into little more than entitled complaints. Because when slut-shaming and rape culture is being preached, the rules of defense should also cover women of color. The current state though, is that the particular issues that are specific to non-white women are either being ignored or translated into generalised white feminist issues—ignored when the feminist sphere has accidentally acted insensitively toward another race, and translated when they see a potential member in the black girl.

The black female community simplified this in the 2013 hash-tag, “#solidarityisforwhitewomen”, pointing out the complete disregard feminists—and by extension, the media—have toward addressing black female problems. Like their predecessors, feminists are excluding black women for the advancement of their own cause—only bringing them back into the dialogue when convenient.

Women of the movement borrow their perception of conservative cultures from misconceptions originating from the opposite hemisphere, immediately leading to feminism acting as a vehicle for western jingoism. Some that subscribe to this overweening mentality that Islam or any traditionalist culture suppress women as an inherent tenet are also the ones that take violent reactionary measures. Last month at a French Muslim conference, Ukrainian feminist group Femen forced presenters and audience members to submit to their credo via their signature topless screaming. What they, and feminism as a whole fail to understand, is that Muslim teachings are not black and white. They have defended themselves since the dawn of Islam, and are presently using sharia arguments to fight against rulings that penalize rape victims in Pakistan—they do not need white women to save them.

Instead of antagonizing Islam, these Muslim women are using it to contest sexism in a way that is still respectful to their religion. Feminism doesn’t seem to comprehend that Islam is empowering to women because a large part of it intersects with the white saviour complex, whereby white people go to “fix” dilemmas of developing nations without understanding the country’s history. This can be seen in their brazen positions on male-female relations in India, and in Muslim women’s donning of veils.

Feminism needs to shed its sanctimonious tone and be more inclusive of all women. If a movement claims to defend the rights of a group, there cannot be any picking and choosing when it comes to equality.