'No frills' Photo: The Mancunion

On the edge of the Northern Quarter, down a suspect-looking alley, lies a tiny restaurant that may well serve the best curries in Manchester. In stark contrast to the consciously cool bars and eateries that define the Northern Quarter, family-run Café Marhaba has spent the last 23 years focussing less on aesthetics and more on taste.

With only five two-man tables that are always filled at lunchtime it has a cosy atmosphere, whilst the lack of décor only adds to its charm. Café Marhaba doesn’t need to rely on decoration, its food is that good. Served straight up, no frills, this is home-cooked fresh Indian food at its finest. Gina and Kate, two hungry and impoverished students, found their way through its tiny doorway to sample the famous three curry plates (why have just one when you can have the best of three worlds?), and found themselves more than a little rewarded after a gruelling morning of lectures.

Gina opted for a dazzling curry of deep green Okra, which was soft and gorgeously juicy. Beside it was the potent orange sauce of the Fish Masala, in which the fish was beautifully cooked, soft and crumbled in the mouth. The mouth-watering sauce smothered atop was a thick consistency and perfectly complimented the delicate fish texture. The third magical mixture was Vegetable Paneer, with real chewy paneer pieces. Paneer normally just dissolves in the mouth, whereas this almost resembled that of heavenly halloumi (what did the cheese say to itself in the mirror… hallou-mi!).The spices used—perhaps a little too hot for those not accustomed to Indian dishes—gave a pleasant kick that could be felt in the throat, rather than a tongue-burning sensation.

Kate chose lamb Jalfrezi, which balanced tangy ginger and rich tomato perfectly with soft, succulent meat. The Jalfrezi that Café Marhaba serves is one of the most fantastic dishes Kate has ever tasted, and had her pausing to marvel in its perfection. On the side a simple but wholesome dahl complimented the heavier Jalfrezi perfectly, balancing its sweetness with a salty flavour.

The two students, by now rather full, shared a sweet naan that was absolutely divine: Its flavour was more subtle than a coconut-flavoured Peshwari, and instead had a lingering sweetness that kept them coming back for more. Freshly cooked in the restaurant’s traditional clay oven, Kate truly believed she’d never had a naan as good as this.

Café Marhaba’s curries are a refreshing change from the additive-laden alternatives of the Curry Mile. Unassuming, authentic and with an abundance of flavours—it’s the kind of restaurant that people come back to again and again, without feeling bad because the three curry plate only costs a fiver! Who knew a dingy alley could be hiding such a gem within its depths? 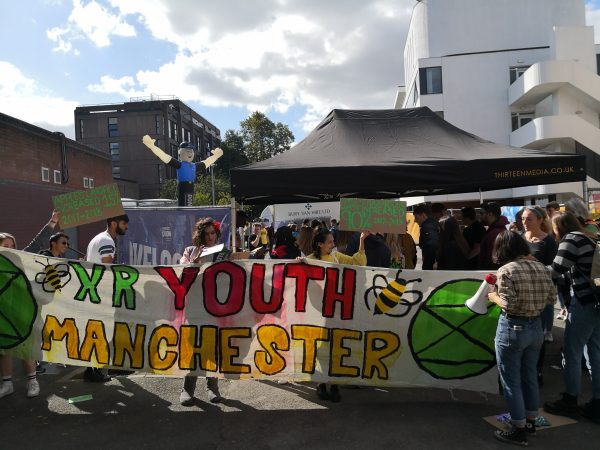