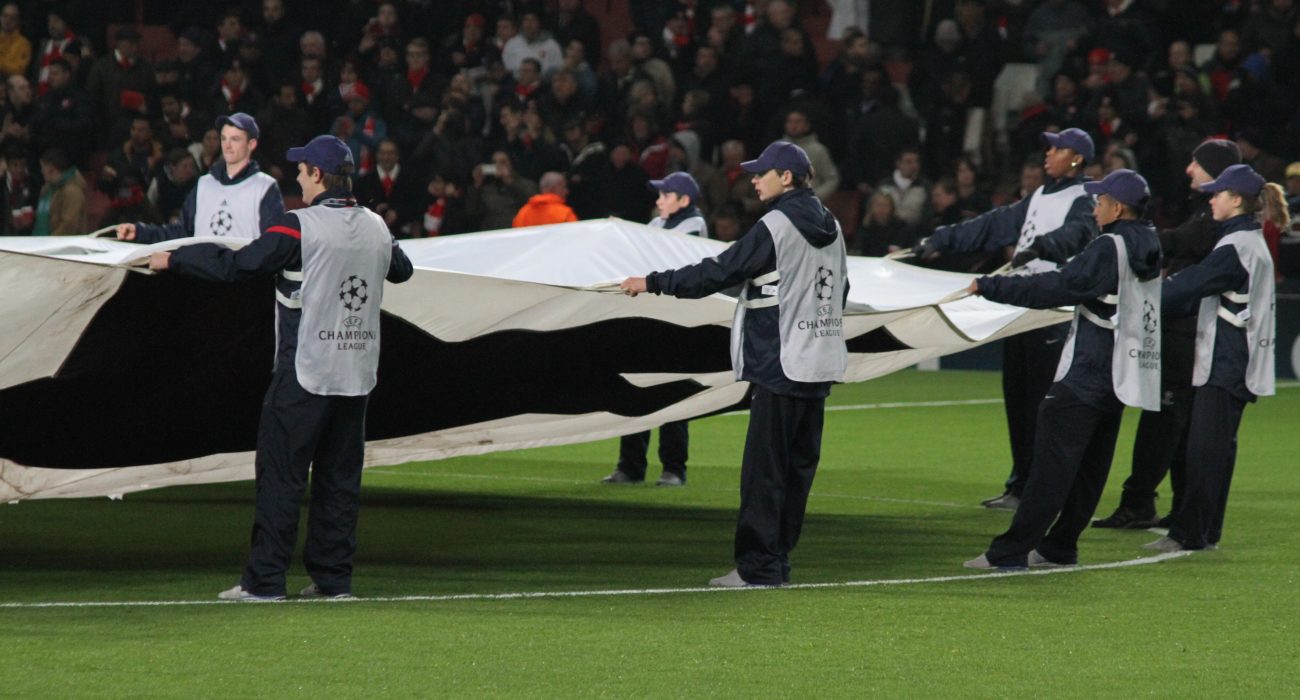 The relationship between Manchester City and UEFA is that of two teenage stepbrothers being forced to move in together and share a room. They don’t get along, but for reasons beyond their control, they must learn to co-exist with one another. Manchester City are not going anywhere—they will find themselves in the Champions League for much of the foreseeable future, and UEFA can do nothing about that. Similarly, UEFA are not going anywhere and ultimately govern European football, and even if England leave the EU, City will find themselves under this bracket of footballing law. Despite this, squabbles and bickering are constantly coming from both sides, and these stepbrothers are beginning to get quite petty.

The arguments began with quite serious subjects, such as racism from CSKA Moscow fans, and supporter outcries at financial regulations for the newly rich City, but now UEFA have thrown their toys out the pram after City fans booed their Champions League song.

Article 16.2 of UEFA’s disciplinary regulations states that “the disruption of national or competition anthems” is something that the governing body can act upon. In contrast, article 10 of the European Convention on Human Rights, states that “everyone has the right to freedom of expression.” Is this song so sacred that the supporters cannot express themselves when it is played? This is not God Save the Queen, this is a song played before a football match.

City have been booing the Champions League song for some time now, but it is only now that they are in the headlines for doing so. It is possible that if City had been enjoying more success in the Champions League over the last couple of years, that UEFA may have been embarrassed on a grander scale by the booing. Imagine UEFA delegates sitting in their comfortable heated seats at the Champions League Final, ready to tuck into a prawn sandwich, awaiting the song. Instead they are met by a chorus of boos from Manchester City fans to drown it out. Lucky for some that City have struggled in the competition so far, but with a last minute winner against Sevilla last week, they may be on the rise this year.

City fans will argue that they don’t pay £40 a ticket for a Champions League match to be told what songs to sing at what minute of the game, and when to sit silently in respect of the 1992 Champions League song. Manchester City FC have provided no comment on the situation so far.

The reasons behind the booing stem from the day that UEFA put in place Financial Fair Play regulations. The regulations were introduced soon after City, a club that were not a well-established elite in Europe’s footballing world, were given the financial backing to compete. City have since found themselves punished by UEFA for breeching these regulations. According to UEFA, City were spending beyond their means. Others would suggest that for a business to grow, it needs investment.

This, however, was not the reason for City’s boos—these surfaced more at the time when City played CSKA Moscow last year in the Champions League. The game was riddled with racial abuse at African Footballer of the Year, Yaya Touré, from the CSKA Moscow fans, along with violence. Due to this, UEFA acted against the fans and decided that the return game would be played in an empty stadium in Moscow. City fans had already bought hotels and flights for this much-awaited game and found themselves out of pocket due to a strange piece of disciplinary action from the officials, which would not be compensated for by the governing body.

Despite this, 300 – 400 CSKA Moscow fans found their way into the stadium to watch the match, and made a surprisingly large amount of noise. In reality, CSKA Moscow managed to have a 100 per cent home advantage for this game against The Blues, when their punishment should have been the complete opposite. UEFA did nothing else on the matter, and fuelled City fans’ dislike for the competition, UEFA and what they stand for.

Evidently, City fans have good reason to be angry at UEFA and are expressing their opinions at Champions League matches. At this moment in time, UEFA are only looking into the case because an official mentioned it in their match report. UEFA may well have wished that nothing was said on the case, so that they could continue to ignore the matter and hope that City fans eventually get bored, but instead they have given the City fans exactly what they have been craving: attention. UEFA may find that they have become architects of their own downfall in this instance, since there is no doubt in anybody’s mind that at the next home Champions League match for Manchester City, the stadium will roar a chorus of boos.