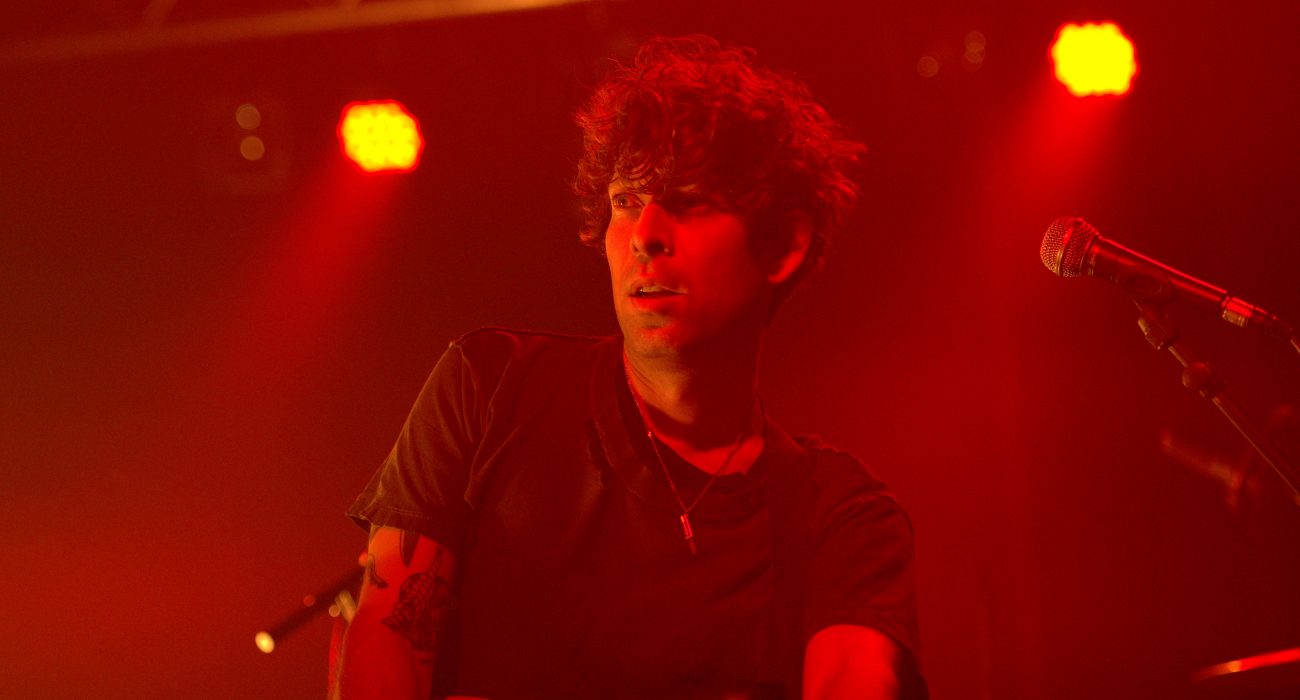 The Soft Moon haven’t played in Manchester since 2012, but it feels like they never left. Easily mistaken for an overlooked Factory Records act, the goth-tinged post-punk band do their best to take us back to the grim, industrial (and yes, caricatured for the sake of a lazy comparison) Manchester of the early 1980s.

Icy and mechanical on record, The Soft Moon are markedly more visceral in a live setting, and defy their austere lineup of three (all clad head-to-toe in black, naturally) by supplementing the core guitar-bass-drums setup with queasy synths, rattling drum machines and heavy effects on just about everything. Oh, and occasionally a metal canister too. No, it doesn’t help with the Factory comparisons.

The sheer grimness and intensity with which the band rattle through their opening songs is thrilling, and it feels like no time before frontman Luis Vasquez curtly announces—scarcely twenty minutes in—that the next song will be their last. How very punk rock of them. Except no, it’s not, because the proclaimed final song leads into another, and another, and by the time The Soft Moon leave the stage —after an encore, no less—45 minutes have passed.

The problem is, is that this kind of music isn’t exactly subtle, and while it’s stunningly effective in small doses, the lack of variation in tone and pace means its impact is rather lessened as the show draws to a conclusion. The band rely so heavily on their rather monochromatic palette that, even during the show, I find myself struggling to distinguish one song from the other.

Vasquez’s dense, textured music translates surprisingly well to a live setting, particularly considering the limitations of the lineup. Yet despite a gripping opening, The Soft Moon fails to maintain this momentum and falls short of its considerable potential.