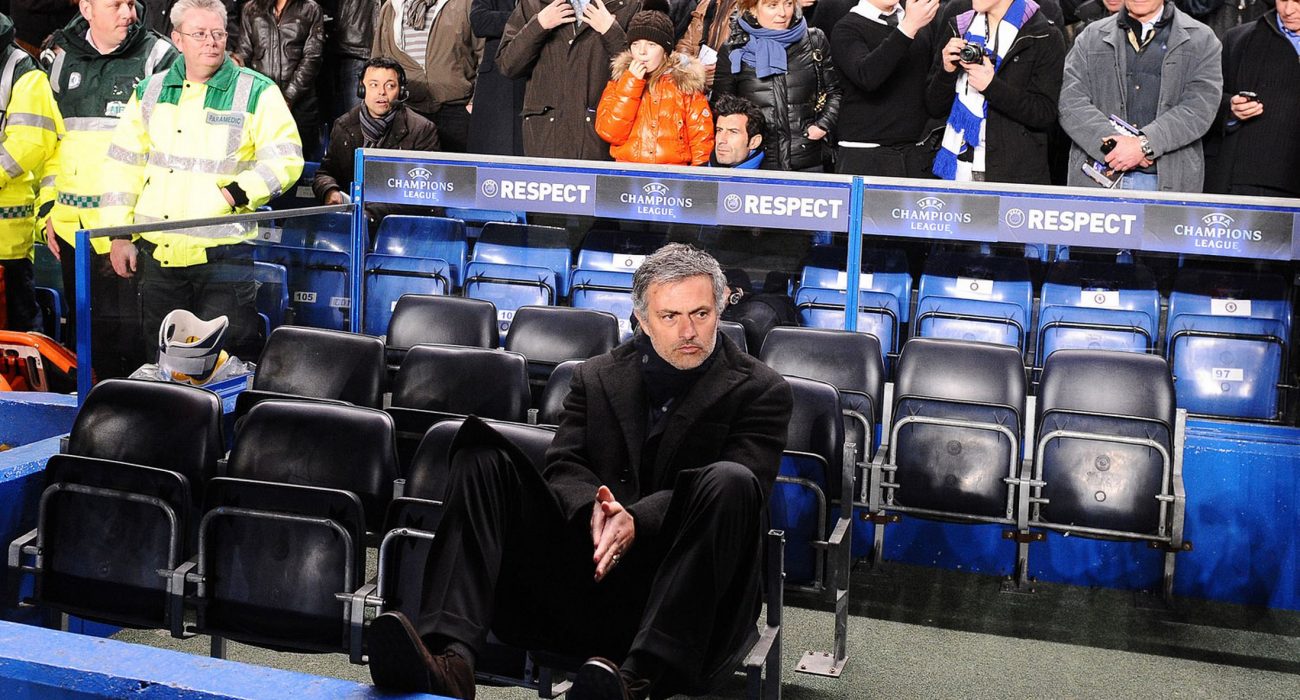 Firstly, the league table clearly shows that it is already impossible for the Champions to retain their title this May and even Champions League qualification appears highly improbable. Even if Chelsea were to turn the tide and do as well in the remaining 26 fixtures of this season as they did last year in a title-winning campaign, they would still only finish on 66 points.  Last season that tally would have placed them 4 points below a Champions League qualification place.

Dismissal at this point would serve no logical purpose, as even if a new manager arrives he will still almost certainly fail to qualify for the Champions League. The board should have acted earlier if their aim was to achieve some form of league success this season. The smarter choice in my view would be to write off this season and keep José. The Premier League campaign is doomed by this stage anyway, and here is an opportunity to instil some continuity in the club and begin another assault on the title next year with José at the helm.

This leads nicely onto my second point. The dire situation that Chelsea are currently experiencing is an opportunity for the board to truly show that they have changed and have a legitimate desire to instate some stability into the club. Between Mourinho’s departure in 2007 and his return in 2013, seven different managers had their chance in Stamford Bridge’s hot seat. Although there was significant success during these years, it is not a sustainable way of managing a football club.

Since José’s return there has certainly been a hope among fans that this is the opportunity for a Ferguson-like regime at Chelsea. The board could learn a lot from taking a look at what happened up north. This current dip in form therefore gives the board the prospect of making this a reality. Things will most likely never be worse than they currently are and sticking with the Portuguese tactician should encourage confidence in José and the fans that the board really have changed their approach and are planning for a long-term future with Mourinho.

In addition, in the event that the board do resort to old habits and discharge Mourinho, who would they chose to replace him? The options available in the current environment are extremely limited. Firstly, from the inter-Mourinho years, Chelsea have almost exhausted the available opportunities when it comes to world-class managers. Hiddink, Ancelotti, Benítez, Villas Boas and Di Matteo have already had their chance in West London and been rejected by Abramovich. And if they look elsewhere, there are not any genuine contenders currently available. The bookies presently favour Pep Guardiola and Diego Simeone but both are under contract to huge clubs and would not be available until at least this summer. Alternatively, there have been reports linking Brendan Rodgers to Chelsea. It would seem unimaginable however, that Chelsea would remove a two-time winner of the Champions League for a man who only six years ago was sacked by Watford.

Another factor for the board to consider when deciding whether to stick or twist must be the fans who, thus far, have unanimously backed Mourinho. Chants of ‘Stand Up for the Special One’ have been sung more frequently and passionately than ever by the Chelsea faithful in recent games. Most notably during the away defeat to Stoke in the Capital One Cup where, despite losing on penalties, cries of ‘José Mourinho’ from the 5000 fans were the soundtrack as the players and staff exited down the tunnel. This must be taken into account, as the there is no way the board will want another situation of fan revolt as seen during Benitez’s turbulent spell as boss.

Alongside the fans, the players also seem to be in support of their manager. In spite of questionable reports in some sections of the media that a player would rather lose than win for Mourinho, all tangible evidence shows unilateral backing from the major first teamers. Diego Costa, Cesc Fàbregas, John Terry and Asmir Begović have come out publically and backed the manager. There is a reputation among the Chelsea playing staff for revolt against the manager but in fact the only remaining player from the old guard is John Terry, who has been arguably the most vociferous in support of Mourinho. Although his comments regarding a certain BT Sport pundit grabbed the headlines from the Dynamo Kiev pre-match press conference, his main message was the team’s wholehearted backing for Mourinho. It would therefore be ludicrous to sack a manager, revered by both the fans and players.

Finally, on closer inspection of the last few games, it appears that performances have vastly improved despite the disappointing results. Both away games to Stoke in the League and Cup were Chelsea-dominated affairs where the home side managed to score with virtually their only chance. Additionally, the performance and comeback against Dynamo Kiev was full of encouragement for any doubters within the board. It was not just a dominant performance but the team showed impressive fight in making a late comeback, another sign that Mourinho has not lost the players.

The loss at home to Liverpool was also not as disastrous as the result may indicate. Chelsea were dominating the game until, against the run of play, Coutinho scored a deflected winner – and the third by Benteke was simply a result of too many men forward in search of the equaliser. Plus, Chelsea have had their fair share of injustice when it comes to refereeing decisions in recent weeks. For example, a definite red card for Liverpool’s Lucas brushed aside as well as the mystifying decision last week, not to award a penalty for Butland’s impedance of Loïc Rémy. This sort of bad luck has been a feature throughout and especially in the last few games. Therefore, it is surely only a matter of time before the team start to accumulate the points that their performances deserve.

I rest my case.  It would be both reckless and futile for the Chelsea board to relieve José Mourinho of his duties as manager of Chelsea Football Club.