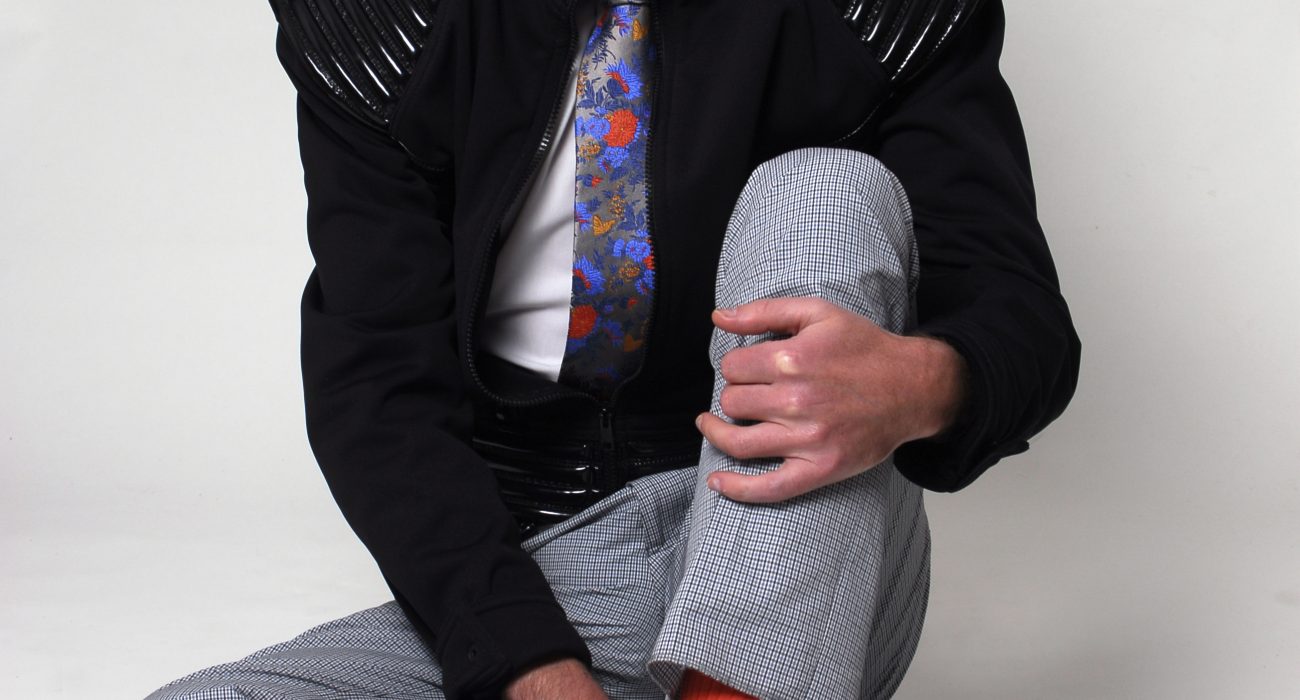 Paul Foot: A man of many words that provide little discernible information

Let me begin this by saying that, over the course of this interview, Paul Foot beat me. I’m not sure what he beat me at, but he definitely did. Trying to interview the comic is not unlike trying to catch jelly on a tennis racket: You can try, you can even retry, but essentially it will slip, slide and evade you.

Being called a bitch in an interview is rarely a sign that it is going well. When Paul Foot says it to me though, it could be an indicator of just about anything. The comic, who has been labelled everything from, “a comedy genius” to “a rare exotic bird,” is not somebody easily labelled or read. With this in mind, I feel it only fitting to open up my questions with a gentle opener. Could you introduce yourself in your own words?

“I am Paul Foot, one of the world’s comedians. I was born in Buckinghamshire over 40 years ago. At first I couldn’t speak or walk, but luckily my parents carried me home from the hospital.

“I performed in pubs for 15 years before deciding to become an overnight success. I now work fulltime in showbizness, coping with attention on train station platforms and eating boxes of sushi that sometimes cost more than £4.99.”

It’s an opening salvo that might leave you fumbling for words if you weren’t aware of Foot’s comedic styling. He is a genre unto himself; he describes his style as a collection of “niche genres; Disturbances, Glimpses and Mime Plus [which he describes as mime with added speech] Madness 2.0 and Madness 3.0—my latest genre which is inexplicably funny.”

The more disorientating the conversation becomes, the more seemingly in tune to what is happening he becomes. Defining his appearance is as difficult as pinning down his answers. Foot occupies an aesthetic somewhere between Brian Eno circa 1970 and Richard O’Brien.

Thinking I have found a residue of sanity from which to draw a question I ask him about his style icons: “I invent my own fashion seasons. Last year it was Space Casual—kind of like an off-duty astronaut’s househusband. This winter I’m moving into Vietnam Honeymoon, the Far East meets sexual doom.” Confused, and slightly shaken by that image, I move on.

Despite making a number of television appearances, Foot is most known for his stand-up. Asked what first drew him to live performance his tone shifts, seemingly becoming less abstract: “Making a room full of people laugh is addictive, it’s a sport really, and also I get to see some really interesting backstage dressing rooms in provincial theatres.”

Speaking to anybody else about an interest in dressing rooms might have thrown me off, but speaking about his craft seems to appeal to Foot. Continuing this line he tells me about his method for writing his sets: “I like to go on writing holidays. On this tour there’s a show I wrote in a lighthouse.”

For all his apparent mania, Foot is happy to speak about the craft behind his work. As a former Oxford University graduate his wit and wordplay are, perhaps, to be expected. However what he illuminates in his answers is a level of consideration that perhaps isn’t so obvious to those who have caught his television appearances.

I’m interested to ask whether he likes television work, or whether he feels it can be stifling for more avant-garde performers: “I’ve turned work down because a show is too rigid or too macho or too icky.”

“I am always myself on telly but I might perform slightly older material. Nana Foot watches telly, so I probably wouldn’t tell my joke about a disastrous wedding in which the groom is wearing a kilt.”

His appearance on Never Mind the Buzzcocks, in which he innocently enquired as to whether “Coldplay was the one with James Blunt,” is perhaps his best-known television appearance.

When questioned about this apparent aversion to pop culture Foot seems totally unconcerned by it all: “With Never Mind The Buzzcocks, it’s just pop music—I’ve almost no interest in it. A friend couldn’t believe I didn’t know who Rihanna was the other day. But why should I know who she is?”

As ever though he is quick to make an addition to the answer, and, as per, it is unexpected. “I know some celebrities, obviously, as I work with them. Davina McCall for example. She’s a right babe!”

Speaking to Foot, in all his ludicrous brilliance, there is a niggling sense that the performance for him must be cathartic—an opportunity to exorcise his strangest thoughts. However, when presented with this suggestion, he seems unimpressed: “I’m not sure it’s cathartic; it takes a huge amount of energy to put on a good show.

“I find hawk sanctuaries cathartic. Actually that’s a lie, the last one I went to really stressed me out.”

Undeterred, and still determined to latch onto some solid ground, I ask him whether he thinks that his success owes anything to him being such a niche performer. “I’m not sure, but it certainly helps in brothels. I have huge admiration for professional sex workers. I’m hopeless at sex, that’s why I stick within my remit as an enthusiastic amateur.”

It is at this point that I felt I was beaten. I’m very much enjoying myself, but the combination of Foot’s articulacy and surrealism was making it impossible to find any logic in the conversation.

Realising this, I decide to embrace it. I asked him why he chose to distinguish his followers as ‘Connoisseurs’, not fans.

“You can create fans with tricks like advertising and over-exposure, whereas people have to want to become a Connoisseur. It really sorts the wheat from the chaff!

It’s with this strange image that I am left. This is outside even the top ten thousand most clarifying conversations of my life, but is safely inside the top ten most memorable.

Foot is a man of many words that provide little discernible information. All I have gathered from our conversation is that he likes sushi, space-casual fashion, and Davina McCall, and that he doesn’t particularly like pop music and icky television.

I ask him if he’s got anything to add, possibly a naïve mistake: “I am actually three ducks wearing a human costume. Don’t tell Michelle!” he says.

We put some one-word statements to Paul. These are his musings.

On Jeremy Corbyn – “I discussed Jeremy Corbyn recently in my newsletter that I send to my Connoisseurs. Is it a coincidence that his initials are JC? Almost certainly. But, he has some things in common with Baby Jesus. They both have beards, which I hate. They’ve both made something out of wood in the past (probably). Neither is the son of God. I could go on.”

On death – “LOLZ. That’s what I want on my tombstone. Not really. I want Angela Lansbury with angels wings, not a statue though, real Angela, from 11am-6pm Monday to Thursday, just hanging out in the cemetery.”

On allergies – “I presume you ask this because of my joke about Allergies, which is on YouTube I believe. GET WITH THE TIMES BITCH!”

On the Royal Family – “I think they’re fantastic, but I almost definitely wouldn’t mind if they weren’t there. I think Katie Middleton has got a right doss of a job, and I can’t wait for Prince Philip to explode with gout.”

On rap music – “I have to be careful what I say here because I have a rap career in the pipeline.”

On Shakespeare – “Ah yeah, top playwright. Definitely up there with the greats. He’s loving it.”

Paul Foot will be appearing at the The Lowry in Salford on the 23rd, 24th and 25th of November, and is on Twitter @PaulFoot.