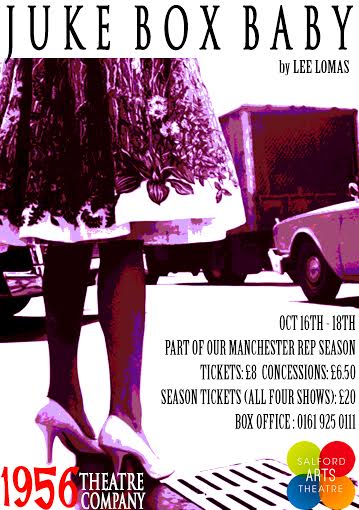 Arrogance or winning mentality? This is the question that accompanies the viewing of Cristiano Ronaldo’s new autobiographical film, Ronaldo. With behind-the-scenes-access, the film gives a unique snapshot of the Portuguese superstar’s life.

Ronaldo, a.k.a. CR7, describes his time being spent alone, but he is constantly driven by the desire to be the best—or as he puts it; “to prove I am better than the others.” The term “others” could easily be substituted with the name of an Argentinian superstar, playing in Barcelona. Although Ronaldo stresses that Messi is not a rival, but a person who makes him better, the rivalry between the overall winners of the last seven Ballon d’Ors is a key theme during the 102 minutes of the film.

The rivalry between the two often looks like an obsession, which is often the way with his entourage also. Super-agent and godfather to Ronaldo, Jorge Mendes (also agent to Di María, James, Diego Costa and Mourinho), doesn’t miss a chance to glorify his name. He claims Ronaldo is not only better than Messi but is the “best sportsman in the world.”

There is no doubt that he is one of the best in the world, but probably not the best. Instead, he’s surely the best in terms of the biggest ego in the world of sport.  What emerges from the film is a picture of a man obsessed with his own individuality. Football is a team game, but in Ronaldo’s view, the individual becomes more important than the team. This is the reason why the only thing that matters to him is the victory of the individual prize that is the Ballon d’Or. That is also why the documentary gives little or no relevance to the victory of “La Decima” by Real Madrid, or to the clubs and the players of Cristiano’s career. For example, according to a report by The Financial Times, CR7 is shown playing for Manchester United for only 19 seconds during the whole film—but he is seen with a tuxedo for more than seven minutes.

Considering himself the best, Ronaldo reveals to get often frustrated by the lack of quality of his team-mates, in particular when it comes to the national side, where not even patriotism is bigger than his ego. Indeed, Portugal’s premature elimination from the 2014 World Cup caused Cristiano the biggest disappointment of his career, not because of the inability to give his country the first international trophy of its history, but due to the fact that Lionel Messi (who is on screen for 2:39 minutes) could reach the final and win the tournament’s Best Player award.

However, the film also tries to add a touch of humanity and fragility to Ronaldo’s portrait, retracing his childhood in the Madeira Island where he had to struggle with poverty and his unsuccessful relationship with his drunkard father.

There are two central figures in his off-field life. One is Cristiano Ronaldo Jr., who he considers to be his “successor.” Despite this, Cristiano Jr. is a big fan of Lionel Messi, and one of the best scenes of the film is when he meets the Barcelona number 10. His other central figure is Maria Dolores, his mother and biggest fan. This is particularly curious because not everybody knew that Cristiano was an unwanted baby, and that she had planned to have an abortion. But at the same time, she was the person who convinced him to leave Madeira for Lisbon at the age of 12, to join Sporting Lisbon and therefore launch an incredibly successful career.

Along with the quality of the screenshots and the different perspectives of the scenes, on and off the pitch, what makes Ronaldo recommended viewing for any sport fan is indeed the quantity of anecdotes that are told throughout the film. One of them is about CR7’s move from Sporting Lisbon to Manchester United. His agent Jorge Mendes reveals that Juventus, Valencia, Inter Milan and Barcelona were all after the 18-year-old sensation, but wanted to send him back on loan to Sporting for a season. Alex Ferguson was the only one who promised that Ronaldo would play in at least 50 percent of the games in his first season, and therefore he managed to sign one of the greatest players of this era.

It’s indisputable that Cristiano Ronaldo has written an important chapter in the history of the game, breaking individual records and winning everything that a club player could win. Furthermore, he has achieved all of that, not only thanks to his talent, but also due to his constant winning mentality. This takes us back to the initial question of this article; arrogance or winning mentality? The line is blurred in Ronaldo’s life.

(On a side note, I would recommend taking a full immersion Portuguese course before watching the film, as you can count on your hand the number of scenes in which they actually speak English.)