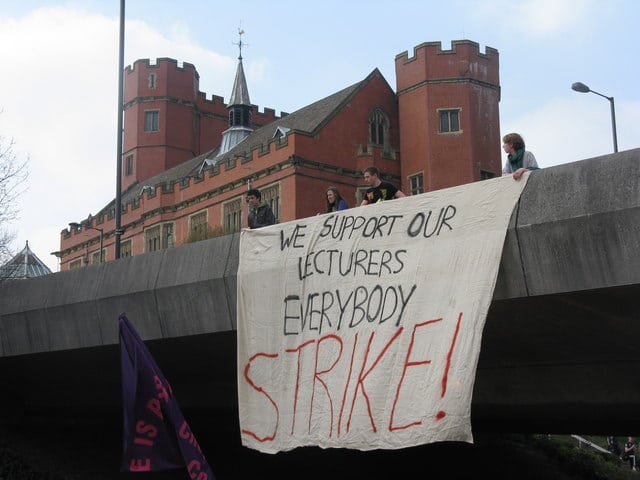 US academic salaries do not cover basic living costs

Concerns have been raised that the trend of the payment of UK academics will follow that of the US, where 76 per cent of academic posts are casual, with some earning as little as $15,000 (£9,800) a year, reliant on state assistance to live, and that this move has already started.

Noura Wedell, a lecturer at the University of Southern California’s Roski School of Art and Design has said the situation has reached breaking point. “I have to sublet my apartment during the summer and live with my mother—at 43. I have put off having a family because of this. The situation is obscene.”

Despite her two decades of experience, Ms Wedell’s non-permanent contract has fluctuated between $21,000 and $24,000 in recent years depending on the amount of classes she is allowed to teach. In the UK, her lowest salary would be just under £14,000.

Many are concerned that this worrying situation has already reached the UK, with positions at modern universities—former polytechnics—most vulnerable.

An anonymous source from a university in London says that “there are thousands of lecturers like me at ‘post-92’ universities who should be on permanent contracts,” instead of the hourly contract she is stuck with currently.

“Probably a third of our staff—and I’m one—have terribly little notice of what [classes] they’re going to teach. You don’t get any pay of the summer. You come back in September and [only then] are you told how many hours you’ve got. Because you are getting very few hours pay for the actual work you do, you end up working for something like the minimum wage.”

She continued, stating that “many are terrified to say anything” about the financial and psychological strain they are in.

A University and College Union (UCU) survey this year discovered that 33.7 per cent of the 1,800 university academics that took part said they struggled to pay their rent or mortgage. 35.5 per cent find difficulty in affording household bills and 17 per cent even said food was a problem.

A spokesperson for the Universities and Colleges Employers’ Association has defended these allegations, remarking that HE institutions “cannot simply provide full-time or open-ended employment to everyone who wants it; like all employers, they will always have variable and temporary needs.”

Increasing financial problems for these academics has been attributed to government pressures to cut costs at universities. HE institutions have been struggling since the 2008 financial crisis.

Xanthe Whittaker, a Ph.D. student in the UK, says the situation is far too common already. “Sometimes I work 16-hour days” and that is still not enough, she says. “I feel guilty about spending money on food, that’s how low my income is. I get to the end of the month and I can’t get the tube because I can’t afford it.”