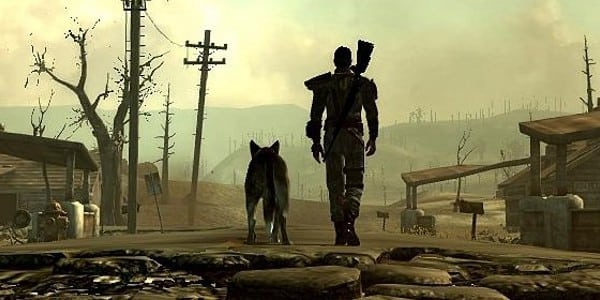 Fallout 4 is the best game that Bethesda has ever made. Everything from

the world, to the gun-play, to the engrossing story, has been crafted with a punctilious attention to

detail. Despite the fact that the basic formula remains the same, Fallout 4 retains the

engrossing, addictive qualities that have made Bethesda’s games so popular in the past.

Set in a post-apocalyptic Boston, you are free to explore this vast and beautiful open world

comfortably within its first half hour—a stark contrast to Fallout 3’s extended opening sequence. I

advanced character creation tool. Maybe I just have a weird face. However, I found that this fitted

world, which gives Fallout an emotional weight not seen in many games. Whilst it starts slowly, the

made. It gets that intense.

went into the making of this huge world. Almost every aspect of Fallout 4 is a monumental step up

from its predecessor. Fallout 3.5 this is definitely not. The refined combat system is the most

significant of these. Weapons are far easier to aim and fire than previous entries, and your tools of

destruction have a realistic weight and feel to them this time around. However, traditional shooting

is only one part of the combat system. The legendary V.A.T.S. mode makes a welcome return,

allowing the user to periodically slow down time and target the various body parts of your foes. You

are rewarded with a frequently gruesome cinematic ‘kill cam’ after each of these, so be warned: This

is not a game for the squeamish. You can now choose to pull out of V.A.T.S. at any time, and also

unlike its predecessor, V.A.T.S. does not stop time but instead slows it down, which creates some

truly tense moments. The changes that have been made to the combat are so compelling that it

might be enough for those who avoided the previous games in the series, for this reason, to

Despite the strengths of the main plot, the foremost appeal of Fallout 4 is the bevy of side-quests

available for you to undertake. They are numerous, they often take you to surprising places and all

are worth your time. Due to the strength of these missions, expect to sink hundreds of hours into

this game if you’re foolish enough to try to finish everything on offer. The best part is that you

probably won’t regret it. For the more nomadic player, you may occasionally come across a

legendary enemy, which is guaranteed to reward you a weapon with a unique modifier, and you are

A huge new addition is the crafting system. Every weapon you find is heavily customisable, varying

from the optic sights to the gun barrel for your weapon of choice. Previous Bethesda games had

numerous items in their worlds, but most were vendor trash. Not so with Fallout 4, since these items

can be broken down and used to customise your weapons, and provide resources for building your

own settlements. However, I eventually avoided the settlement building mechanic, since my towns

Another point worth mentioning is that the enemies, despite being some of the most intelligent and

freakish foes that we’ve seen in this universe, do occasionally succumb to erratic AI weirdness. Yes,

this is a Bethesda title, and there are some minor glitches and bugs that you will see across your

adventure. Whilst nowhere near the scale of the issues plaguing Fallout: New Vegas at launch, they

are noticeable when they happen, but they are not significant enough to break your immersion. If

anything, the glitches and inconsistencies are somewhat charming by this point. No, the real super

mutant in the room is the graphics. I have played Fallout on PS4 and PC, and simply put, they’re not

that hot. Fallout is artistically beautiful, but it just falls short of that next gen WOW! factor that I was

expecting. Non-prominent character models fall flat, and in parts the lip-syncing is so poor that they

are more reminiscent of a Team America character than an actual person. However, the graphical

mattered most, in modernising the Fallout formula for current gen hardware. Other than the

aforementioned settlement mechanic, the gameplay is borderline flawless, and the game remains a

consistently entertaining experience over the 30 or so hours required to beat the main storyline.

Dripping in atmosphere, and a devil in the detail, Fallout 4 is a more than worthy successor to Fallout 3,

and makes me wonder how on earth Bethesda is going to top this with their next project.

In my opinion, Fallout 4 is a better game than Skyrim. I know, I’m as surprised as you are. Buy it. Now.