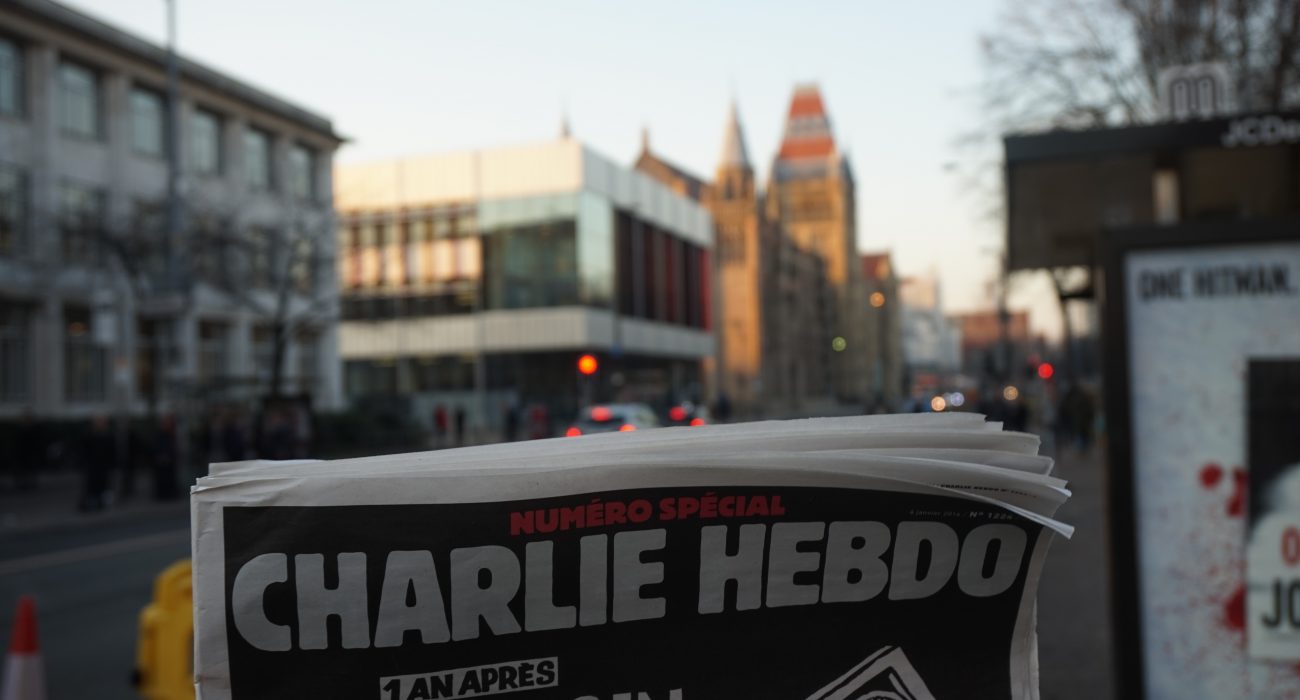 Charlie Hebdo’s cartoon is not what you think

Take it from a Frenchman, the Charlie Hebdo cartoon is not what you think.

It is quite rare to hear about something happening in your home country in the news of your host country. It is even rarer for it to happen when the same story is not in the news back home. Yet on Monday I experienced just that in relation to Charlie Hebdo‘s cartoon.

“Have they not learnt their lesson since last year?” and, “would you still condone this kind of freedom of speech?” began the voices of hostility towards the publication.

No, they have not learnt to change their ethos. But yes, I would still condone their right to expression. The new cartoon by Charlie Hebdo is shocking, and thank God it is.

As a French citizen who lives in the UK, I can understand why everyone is shocked by this cartoon. In France we are used to shocking (and funny) art such as this. Satire and caricature is something deeply rooted within our culture. That said, it can be quite disturbing if you are not used to this particular way of thinking about and interpreting what you see.

I am happy to see Charlie Hebdo still being the “bad kids” of journalism because, after what happened a year ago, I was afraid the publication would stop being so impertinent. And yet this cartoon is the proof that Charlie Hebdo is still Charlie Hebdo.

Now, with regards to the cartoon in itself, if you interpret its content as being racist and cruel, appearing to suggest that a child like Aylan Kurdi would have become a sexual harasser because all migrants are like this, then I have bad news for you.

I would argue that the cartoon depicts the famous picture of Aylan to symbolise the brief moment of European unity and solidarity that we shared in grieving over this scene and the crisis it represented, yet also the way this feeling has quickly faded away. It is a nod to the speed with which this unity has been replaced by what made the news lately, the Cologne’s attacks.

Secondly, the connection between this child and those attackers is only made because they are both symbols. Aylan is the symbol of those people who try to escape the war and end up dying at the gates of Europe. Those attackers are becoming a symbol justifying the fear and Islamophobia in Germany and in Europe. The connection made between the two is designed to shock, but mainly to force a reader to think.

The intention is to show how the media are able to shift the perception of the refugees for some people and how some people tend to mix those two visions without too much trouble.

This is not a funny (nor racist) cartoon. It is a cartoon that denounces the situation. Why is it that the cartoon is more shocking and causes more debate than the events themselves? That is the main intent behind the best satirical cartoons.

A good cartoon should hit you like a punch in the face. That is what this cartoon is. When you look at this you are supposed to laugh (if you laugh at all) with a nervous caution.  It should be a nervous laugh because your perceptions are being challenged, and you are being forced to think about how the migrant crisis is reported in the media.

The cartoon does not mock the migrants, but it does mock our society for its racism and hypocritically fickle sensibility. It asks why we are able to generate sadness following a photograph, yet a few months later be able to accuse “the migrants” for the Cologne attacks.

Charlie Hebdo always was a shocking journal and is read by people who are tired of the mainstream media. You do not have to read it. Freedom of expression means that you are free to read and listen to what you want, and accept that people have different sensibilities to those you have.

So if you are a new reader of Charlie Hebdo, I understand why you are shocked. Without the context of the French language article alongside it it does become more complex. I hope that I have been able to shed some light on what Charlie Hebdo‘s type of satirical work tries to achieve, and what the people who work for it aim to incite.

To finish with a quote from Charlie Hebdo cartoonist Hank, “never forget that your eyes are connected to your brain.”