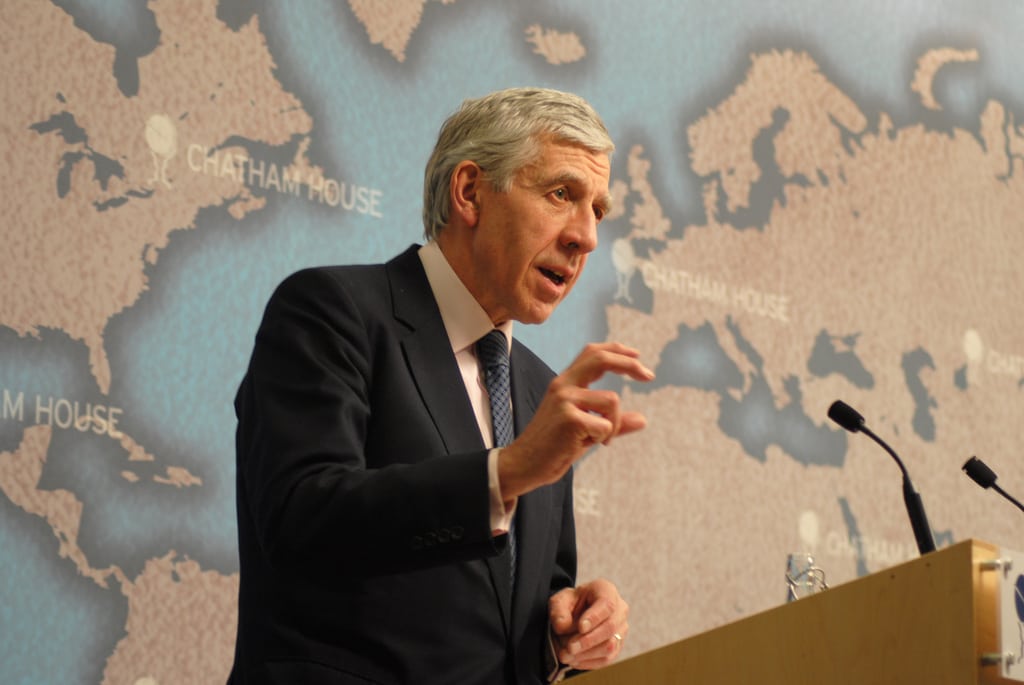 “No prospect” of Freedom of Information exemption at universities, says Straw

Former Justice Secretary Jack Straw, currently sitting on the commission reviewing Freedom of Information (FoI) legislation, has said that there is “no prospect” of universities being made exempt.

Straw has said in response to complaints by universities that the playing field needs to be levelled, that extending the legislation to those private institutions competing with mainstream universities could be a better method of ensuring fairness.

Many universities responded to consultation on the government’s Green Paper on education by saying that they supported the exemption of Higher Education institutions, due mainly to the costs of implementing that Act.

Nicola Dandridge, of Universities UK, gave evidence to the commission, stating that universities are “subject to bureaucratic requirements that other players in that market are not,” and that the disclosure of salaries through FoI could discourage good candidates.

“I think our primary point is there should be a level playing field. There is not a desire to lack transparency.

“What we are proposing is that there should be a review as to the application of the act… which takes into account the circumstances of both the private providers and traditional providers.”

She claimed that the implementation of FoI costs institutions an estimated £10 million a year. Straw, on the other hand, put the cost at only £144.93 per request—in other words, “not backbreaking.”

The case for a “level playing field” universities want might be compelling, but there was nothing to convince the commission that exempting universities was necessary.

“I think there is no prospect of this happening.”

The other option would be to “look at whether the private institutions are standing in the shoes of public institutions and should be covered by the Act,” said Straw.

Student media has used the Freedom of Information Act to reveal certain less than honest activities of universities or their staff. Recently, Bristol’s Epigram paper won the Student Publication Association’s FoI award for revealing that the retiring Vice-Chancellor and his wife took a £20,000 two-week trip to Australia and Asia funded by the university.

The Mancunion covered news last year, uncovered by a request submitted by the Fossil Free Campaign, that the University of Manchester retained £40 million in investments in fossil fuel companies. 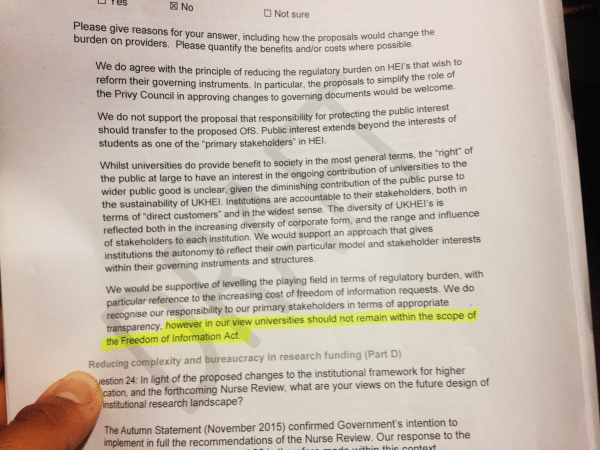 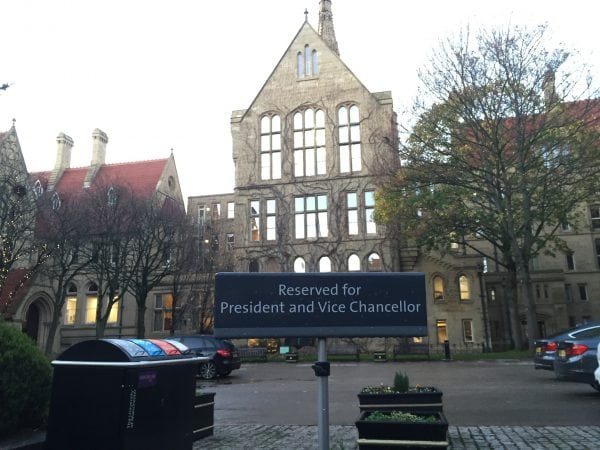 Almost 1 per cent of University of Manchester staff on salaries over £100,000