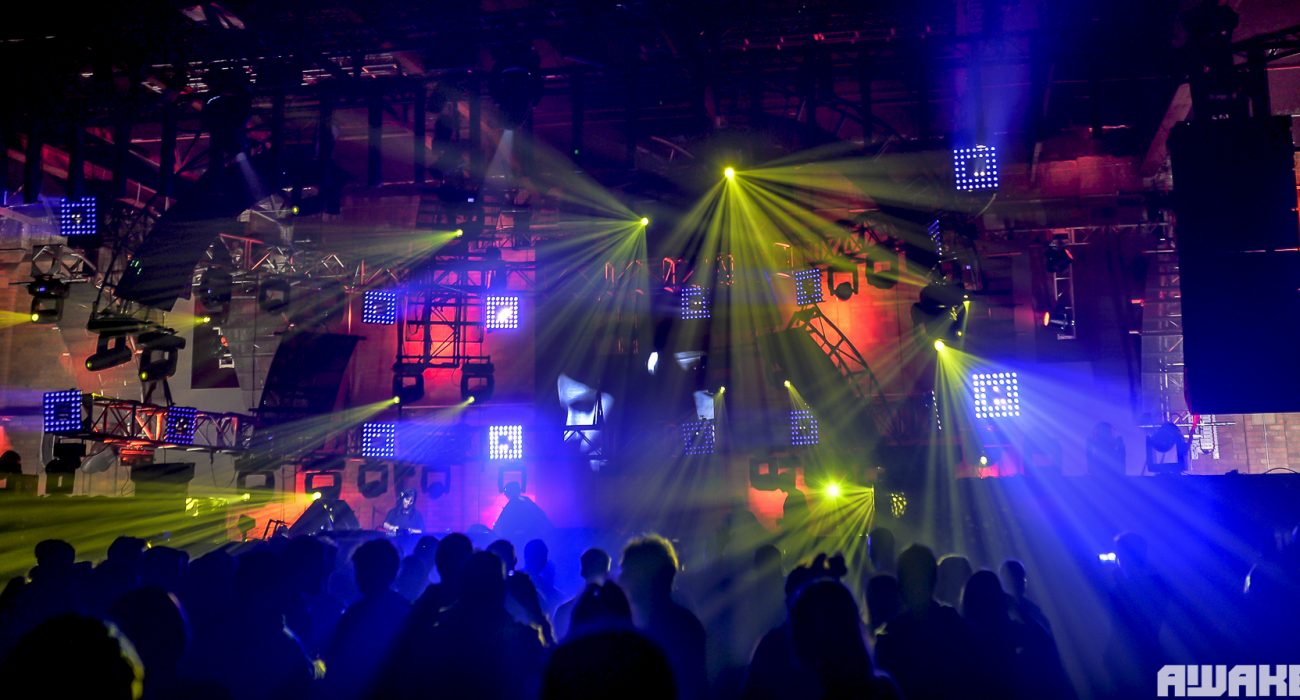 An army of tectonic techno titans shook the foundations of Victoria Warehouse. Their inaugural show in Manchester, and first in England since 2014, Awakenings’ return was eagerly anticipated. While it had cost a hefty £40 for a ticket, the likes of Rødhåd, Chris Liebing, Rebekah and Dave Clarke on the line up meant that you got a lot of bang for the buck!

While I was in the taxi, I had gotten anxious about my long-awaited return to Victoria Warehouse. The epic venue had not held my dancing feet since the days of it playing host to The Warehouse Project; I couldn’t help but feel apprehensive, with haunting memories of being lost for hours amongst the hordes of people who moved en masse within its maze-like system. Awakenings’ efficiency with the space available (4 rooms instead of three that I was used to there being) mitigated this. It allowed for the large number of revellers without having to brush shoulders with an overly exuberant, perspiring man person.

Room V, the main room in Victoria Warehouse, showcased heavier techno music. Rødhåd was second on the bill. As calm and as cool as ever, peering out under his Dell boy-esqe flat cap, he sent the crowd into hysteria with his dark, thumping style which set the pace for the night. His successor to the decks, Dave Clarke, set higher beats per minute, dropping the eerie and iconic ‘I Wonna Go Bang’. Speedy J closed Room V in a flurry of dry ice and pyrotechnics which consistently received a clamour of applause from the hedonists in attendance. For the majority of the night, I employed a routine of starting at Room V, moving to Room W, up the stairs to Room X, scurrying along to Room Y, resting and recouping outside, then diving back in and repeating. The efficiency of this system allowed me to catch a reverberating Matador live set in Room W, and the ambient Monkey Safari in Room X. Meanwhile in Room Y, amongst the minimal lighting and randomly placed pillars, Clouds demonstrated the more abrasive side of techno, highlighted by their ‘Speak To Me’—causing me to shriek in excitement.

The night as a whole had that very Dutch festival feel to it; tokens being exchanged for drinks, well-mannered people, and an overall smoothness to the rave. Not a bad word was spoken all night, which flew by in a flurry of shapes, sounds, and superstar DJs. The night was a melting pot of people with all ages and ethnicities—demonstrated by the numerous flags flying about—bopping to a collective beat. It was simple to get in, with approachable staff and clear signs chaperoning you around the venue. It all came together smoothly, and this will hopefully usher in a new resident to Manchester’s iconic music scene.

Read our interview with Rødhåd here.