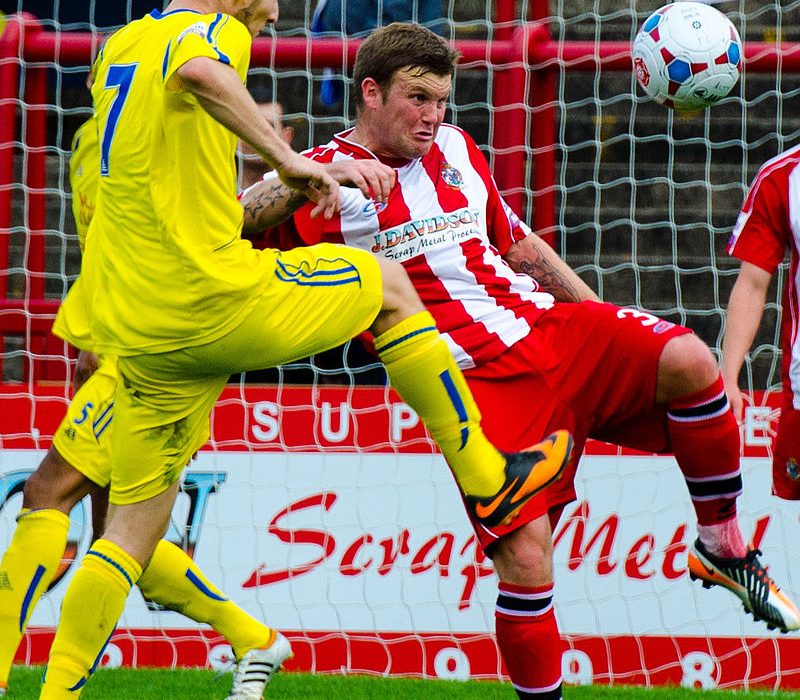 Whether it’s a new sport, a team about whom you did not know, or just an event that interests us, we hope that we will be able to entice you to explore the wide sporting variety that the city has to offer during your time studying at the University of Manchester.

In the spotlight this week: Altrincham Football Club

We’ve brought you information on both Hyde United and Salford City in previous editions of Sport in the City last semester, and due to the abundance of non-league football across the city, it is perhaps worth exploring the other options for semi-professional football available starting Semester 2 with Altrincham FC. Nicknamed The Robins, Altrincham FC are currently managed by former English professional footballer Lee Sinnott and at this time sit just above the relegation zone in the National League one tier below League 2.

After several years of pushing for promotion from the Conference North, Altrincham finally made it to the National League in the 2013/14 season beating Guiseley FC in a play-off final 2-1 after extra time. Their first taste of top flight football therefore followed a season later and despite finishing slightly above the relegation places in 17th place, Lee Sinnott’s side have once again struggled to avoid a relegation battle and at this time of writing currently sit a mere four points above the dreaded drop-zone. This weekend however presents a valuable opportunity for Altrincham to move up towards mid-table in what could prove to be a crucial month in their quest for survival as they gear up to face Guiseley, in what will also be a re-run of the 13/14 Conference North play-off final, who also find themselves in a battle for survival one place above The Robins.

Altrincham FC play their home games at the J. Davidson Stadium, situated on the corner of Moss Lane and Golf Road and only a ten minute walk from Altrincham town centre. Unlike many of the non-league grounds across the city which are perhaps more difficult to get to as they are often situated on the outskirts, you will pleased to know that National League football is only a public transport journey away. If you would like to catch the bus to Altrincham’s stadium, the Arriva service 263 and Stagecoach’s X41 both leave from Manchester Piccadilly bus station and go as far as the Altrincham Interchange in the town centre leaving only a short walk to the ground. However despite the bus being a much cheaper option, Altrincham’s official website does recommend travelling via the Metrolink tram service which leaves from Manchester City Centre. Compared to bus travel, the Metrolink takes around 30 minutes and users wishing to use this form of public transport must make sure to depart the tram at Altrincham tram station as several other routes operate to other towns. Altrincham train station offers another method of transportation but from previous experience travelling to the ground myself, I would perhaps recommend the Metrolink for both comfort and ease.

For the level of competition you will be experiencing in front of you, I feel that ticket prices have been set adequately, remaining affordable for fans whilst also reflecting the true reality of the increasing level and importance of finances to compete at each level of the modern game. Although many clubs do offer a student concessionary rate, it appears that Altrincham unfortunately do not include a student ticket in their concessionary pricing, which according to their website is only for females 60 years and over and also males aged 65 years and over. Therefore entry to Altrincham’s upcoming match against Guiseley will cost £14 should you wish to stand or £15 for a seated ticket.

At full capacity, The J.Davidson Stadium can hold up to 6085 people and is split into four different stands: The Hale End terrace, Golf road terrace, Popular Side terrace and Main Stand. Stand segregation is also in force at Altrincham and traditionally the Hale End terrace is the home of the away support holding up to 1434 spectators with Golf Road terrace assigned for the home support. The ground also can seat up to 1154 fans in their seated terracing section. Additionally during the 2014-15 football season a new Community Sports Hall was constructed and remains open to all fans on most occasions and is equipped with several HD television screens and also broadcasts the respective Premier League match that is being shown on match days too. Food and non-alcoholic drinks are also available at every home game meaning there is something for everyone during your day out in Altrincham.

Altrincham are one of very many sides with a history of giant-killing in the FA Cup and in fact hold the record for knocking out more league sides than any other team that has largely spent their time competing in non-league football. Memorable victories in 1979 and 1982 saw Altrincham reach the third round of the FA Cup only to be knocked in two replay matches against Everton and Tottenham Hotspur respectively. Meanwhile Altrincham’s 1992 victory over Chester City at Moss Lane is fondly remembered by many football fans because of a wonderful strike scored by Clive Freeman, a goal which was shortlisted by Match of the Day for goal of the season during the 1992/93 season. Moreover, it is like father like son at Altrincham with former Huddersfield Town midfielder Jordan Sinnott joining manager and dad Lee Sinnott at the club.

In what will be a fourth successive home game for Altrincham, The Robins take on fellow relegation battlers Guiseley on Saturday 20th February at 3PM. Please take note that adverse weather conditions could the force to game to be postponed and for any further information, please consult altrinchamfc.co.uk.

If you have any requests for local teams, sports, or events taking place in Manchester, or if you wish to be involved, please contact [email protected].