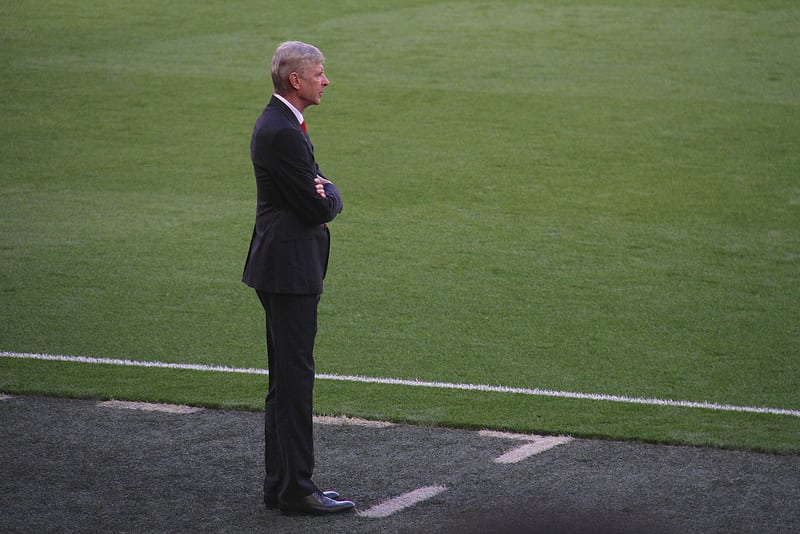 We are observing the most competitive title race in many years: there are four teams in the hunt. The teams can be divided into two categories; the more experienced title-challengers Arsenal and Manchester City, and this season’s surprise packages, Tottenham and Leicester. Leicester’s rise from relegation certainties to title contenders has been nothing short of remarkable.

The four teams in question illustrate differing methods in mounting a title challenge, namely whether it is more effective to have several high-performing individuals driving the team towards the summit of the table, or whether a well-balanced and united team is a more effective machine. It would be naïve to suggest that this classifying is black and white; an element of each team’s success will be down to individual performance and team cohesion. However, an analysis of each team will demonstrate whether emphasis is placed more on the individual or the team.
Leicester

The rise of Leicester has been refreshing for the Premier League, illustrating that big spending on flash players is not the only model for success, which is down to several factors. Firstly, they have several high-performing individuals. In central midfield, N’Golo Kanté is having a magnificent season, plaudits likening him to Claude Makélélé in his ability to nullify and break up opposition play. This is reflected in the stats: he has the most interceptions (109) and tackles won (79) in the league. Additionally, the team contains two out of the top five scorers (Vardy with 19 and Mahrez with 14) in the league. Despite the addition of Mahrez, with his immense skill and eye for a pass, Leicester have remained a direct and straightforward team. Over the season so far, they have the second-worst average possession (45 per cent) and the worst passing accuracy (70 per cent). Low possession and high-scoring point to an efficient team: there is an emphasis on scoring over ball-retention. A resistant defence and a ready-supply of goals has inevitably resulted in success.

Despite the high performance of players like Kante, Vardy and Mahrez, I would argue that Leicester have a balance between team and individual. Over the season, eight players have accumulated over 2000 minutes playing time and four over 1000 minutes. This is illustrative of a tight-knit and united group that remains effective—Leicester is a cohesive team spurred on by several high-performing individuals. The existence of both elements means that, if their star players are having an off-day, the unity and spirit in the team often means they can grind out a result. They are an effective blend of team and individual.

Spurs have been a joy to watch this season. Harry Kane has continued where he left off, with 16 goals already this campaign, while Dele Alli will surely be named young player of the year. Spurs are the ultimate team, their success cannot be attributed to one single aspect or individual. In terms of goals, Kane has provided an impetus, and yet, with 31 goals coming from elsewhere in the team, scoring has definitely been spread among everyone. Spurs boast the meanest defence in the league, conceding only 20 goals this season. Jan Vertonghen and Toby Alderweireld have formed a domineering bond at centre back. Spurs are both prolific in attack and imperious in defence. This has resulted in their formidable goal difference (+27), again, the best in the league.

Moreover, they have an impressive squad depth, using 24 players in the campaign so far. As proven in the victory over Manchester City, they have the depth to replace injured players and have substitutes that impact the game; Kevin Wimmer was impressive in deputising for the injured Vertonghen, while Érik Lamela came off the bench and provided the incisive pass to Eriksen for the match-winning goal. Additionally, the Spurs side has an incredible worth ethic. As stated by The Telegraph, the team runs 115.3km on average collectively per match. This is the second best in the Premier League (Leicester’s average is 110.7km and Arsenal’s 110.5km). Squad depth combined with work ethic makes the Spurs side a formidable opposition, and goes a long way to explaining their success this season.

This season is Arsenal’s best chance to win the league since ‘the invincibles’ year. Given the inexperience (Spurs and Leicester) and the wayward form (Manchester City) of their rivals, critics would say it is Arsenal’s to lose. The experience of Wenger and Petr Cech, four-time league winner with Chelsea, should provide the necessary impetus for a successful title pursuit. Arsenal are similar to Leicester; they have benefited from several high-performing individuals. Mesut Özil has finally regained the form he showed in his younger years, with 17 assists and 105 goal-scoring chances created already this season (7 more assists than any other player). Moreover, Cech has kept 12 clean sheets, a clean sheet in nearly half of the games played so far. Like Tottenham, Arsenal benefit from a strong squad. Against Leicester, they brought Theo Walcott and Danny Welbeck off the bench; they both scored and Arsenal were subsequently triumphant against a title rival.

Typical of Wenger’s Arsenal, they have the league’s highest possession average (54 per cent) and the highest passing accuracy (85% per cent). While Özil and Cech’s form has helped, Wenger’s passing philosophy requires every player to contribute. Thus, the team as a whole must be credited for Arsenal’s successful so far this season.

This season has been poor by City’s standard, and yet, they find themselves just about still in the title race. Recent losses to title rivals Leicester and Tottenham have severely damaged their challenge. City have been plagued by inconsistency; top players like David Silva and Yaya Toure have been average, key men Sergio Agüero and Vincent Kompany have had an injury-blighted campaigns, and big money signing Raheem Sterling has struggled to find form. The defence of Eliaquim Mangala and Nicholas Otamendi, assembled for the combined price of £70.5 million, has looked very dubious. City are heavily reliant on their individual to perform. At the beginning of the season, City were a team to be feared, acquiring 21 of a possible 27 points (first 9 games). However, since then, with individuals either getting injured or losing form, they have gained 25 of a possible 51 points (next 17 games). City have had too many off-days this season.

The stats that illustrated the fantastic work-rate of the Spurs team illustrate the laziness of the City team. According to The Telegraph, on average they cover 107.3km per match, the 3rd worst in the league. Criticism of the team’s work-rate is completely justified. When their players are on it, City can be unplayable. It must be said that injuries to key players has reduced the cohesion in the City side this year. However, their inability to grind out results when their star players are having bad days is undeniable; their reliance on certain individuals has meant they are behind in the title race.
Arsenal and Leicester are comparable. They have high-performing individuals as well as a cohesive team/squad, meaning they have something to fall back on if players are having off-days. Tottenham are the complete team, a fantastic combination of attack and defence. Finally, City illustrate the issues of relying solely on individuals. The conclusion to be drawn is that, while individual players will inevitably win matches, a cohesive team will be successful more often on average. For this reason, I predict that Spurs will win the league this season.