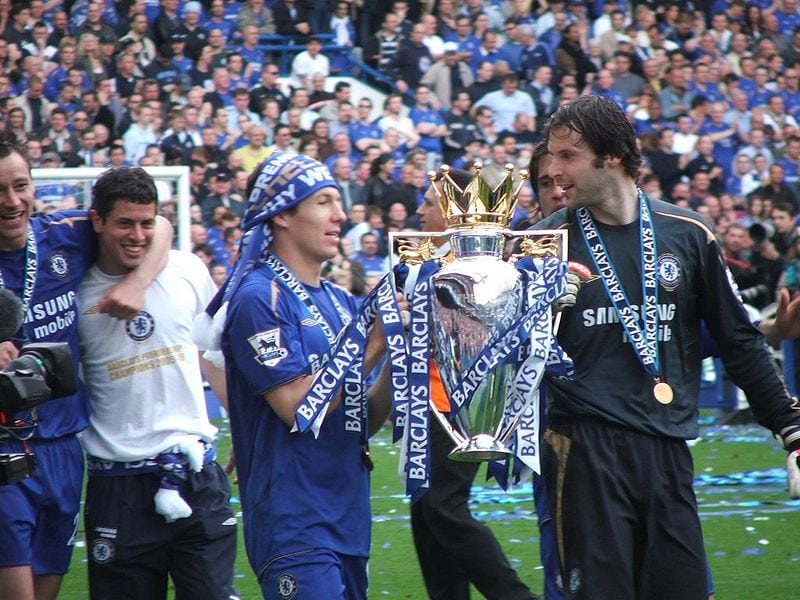 If you cast your mind back a decade ago, to a time when all we really used was MySpace, Bebo and MSN Messenger, not Facebook, Twitter and Whats App; to a time when musicians got to Number 1 in the charts based solely on single sales, while ‘streaming’ remained a dream for many of us; to a time where the iPhone, Instagram and iPlayer did not even exist…well, it is fair to say that a lot can change in the space of a decade.

The same applies to football. Ten years ago, Real Madrid lived up to their Galactico namesake with a side that boasted the likes of Zinedine Zidane, Ronaldo and Luis Figo. Ronaldinho was the Ballon D’or holder, Manchester City’s transfer record stood at a whopping £13 million, and MK Dons did not even exist—oh how things change! Yet, despite the recent influx of foreign investment into the game—especially in the Premier League, which has arguably changed the footballing landscape of those who can comfortably compete at the highest level—the 2015/16 season has perhaps been one of the most enticing, exciting and enthralling seasons to date, with any one of the current top four or five still in with a real chance of reigning supreme come May. But was the league this open in the past, ten years ago, a time when many would say the league was perhaps at its traditional, competitive best? Let me take you on a trip down memory lane, to the same point in time as this printed publication: The first week of March and beyond in the 2005/06 Premier League season.

After 27 games played of the 05/06 season it was José Mourinho’s Chelsea who were leading the way with a total of 69 points; a mighty 15 points clear of nearest rivals Manchester United and Liverpool. At the same point as the current Premier League season in the first week of March, Chelsea were imperious as ever at home, unbeaten, and had drawn only once, with wins in their other thirteen matches. While Arsenal had recorded the season’s biggest victory with a 7-0 home thrashing of Steve McClaren’s Middlesbrough, it was the Northwest, and now Championship pairing, of Blackburn Rovers and Bolton Wanderers who occupied the UEFA Cup places in 5th and 6th respectively, with 11 games remaining. Steve Bruce’s Birmingham City and Harry Redknapp’s Portsmouth found themselves well and truly engulfed in a fierce relegation battle, but neither found themselves struggling quite like Mick McCarthy’s Sunderland. Rock bottom of the league table with a goal difference of -31 and only 10 points to their name after 27 games, it perhaps comes as no surprise that the current Ipswich Town boss lost his job one game later, when the Black Cats finally realised that their chances of survival were, at best, bleak.

That season, Manchester United waved goodbye to club captain Roy Keane, who left to join Celtic. However, with the benefit of hindsight, United acted shrewdly in the transfer market, bringing in Edwin van der Sar, Park Ji-Sung, Nemanja Vidić, and Patrice Evra. In the blue half of Manchester, before the days of Sheikh Mansour, an era where balancing the books restricted any significant spending in either transfer window, it was in fact an ex-Red who fired Stuart Pearce’s Manchester City to Premier League survival and mid-table mediocrity for a successive season. The lethal strike partnership of Andy Cole and Darius Vassell set pulses racing at the then City of Manchester Stadium, with a combined tally of 20 goals in all competitions between the pairing. In terms of Manchester derbies, an early season 1-1 bore draw at Old Trafford, with Joey Barton equalising late on after a Ruud Van Nistelrooy opener, was soon followed by a 3-1 home victory for Manchester City much later in the season. Goals from Trevor Sinclair, Darius Vassell and Robbie Fowler earned Stuart Pearce’s Manchester City local bragging rights, while the red half of Manchester had high hopes for their promising 20-year-old Portuguese starlet, despite a red card in their away derby-day defeat. I wonder what ever happened to him?

2005/6 was also a season of significant milestones on and off the pitch. Michael Essien became a club record signing for Chelsea at a cost of £24.4 million from French club Lyon in a season where Roman Abramovich truly began to flex his financial muscles, after also spending £21 million on Shaun Wright-Phillips and £12 million on Spanish defender Asier del Horno. Ruud van Nistelrooy scored the first goal of the 2005/06 season in Manchester United’s opening day 2-0 victory over Everton, while West Ham United’s Marlon Harewood struck the first hat-trick of the season in a 4-0 demolition of Aston Villa. Charlton Athletic shared the most Player of the Month awards with Manchester United, with Darren Bent and Danny Murphy matching the achievements of young, double award winning Wayne Rooney. Similarly the number of Manager of the Month awards that Liverpool’s Rafael Benitez won, Wigan Athletic’s Paul Jewell did just as well, and both finished the season with two awards apiece.

Fulham, meanwhile almost became the third side in Premier League history to go without an away victory for an entire season, only to beat Manchester City 2-1 in their penultimate away game of the season to spare their blushes. Blackburn Rovers completed a league double over Manchester United for the first time in 75 years, whilst hot prospect Cristiano Ronaldo made club history by scoring United’s 1000th Premier League goal.

And away from the field of play, it was also season of goodbyes; the end of the 2015/16 season will signify a decade since Arsenal departed their long-time home of Highbury, moving to their current home, the Emirates Stadium, in the following season. In addition, Alan Shearer and Dennis Bergkamp both retired during the 05/06 season as English football waved farewell to two of the most prolific strikers to grace the Premier League.

Although at 27 games into the season the outlook in the Premier League title race appeared to be a much clearer one than that at present, many would probably have struggled to predict the conclusion to the 05/06 season. Portsmouth looked dead and buried eight points adrift of safety at the end of February but embracing the spirit of West Bromwich Albion’s ‘Great Escape’ from the previous season, Harry Redknapp completed his own miracle with a game to spare after six wins out of his side’s remaining ten games proved enough to rescue Portsmouth from relegation. Survival on the south coast of England did, however, come at the expense of Sunderland, Birmingham City and also West Brom, who failed to replicate their exploits of the season before, and all three were condemned to what was then known as the Coca Cola Football League.

Meanwhile at the top of the table, it looked lonely at for Jose Mourinho’s Chelsea, who already looked like they had begun etching their name onto the Premier League title. Despite an unexpected, turbulent run of form towards the business end of the season, a blip which quickly saw Chelsea’s 18 point cushion reduced to only 7 as Manchester United looked to capitalise on what had the potential to be a catastrophic collapse, Chelsea soon recaptured their early season form and a 3-0 home victory over their closest rivals, with goals coming from Ricardo Carvalho, William Gallas and Coventry City’s very own Joe Cole, made it back-to-back league titles victories. Sir Alex Ferguson’s side eventually finished only 8 points adrift on 83 points, while Liverpool and Arsenal respectively made up the rest of the top four. The battle for fourth place, however, proved to be no minor formality, after Tottenham Hotspur failed to equal Arsenal’s result when playing away at West Ham United. And although you probably do not need me to remind you, but Arsenal’s fourth place finish that season continues to be a controversial topic, centering on a Spurs squad that came down with a virus the night before the match. Afterwards, opponents West Ham, Tottenham themselves, and the Premier League, failed to agree on a new date or time for the game, the match went ahead as normal and Spurs lost 2-1, allowing Arsenal to qualify for Europe once again, at the expense of their North London rivals. On the flipside, there was European qualification for Blackburn Rovers as Mark Hughes led his side to a magnificent 6th placed finish, while Newcastle United also experienced a taste of European Football after their 7th place finish saw the Magpies qualify for the Intertoto Cup. Remember that one?

And somewhat expectedly, Chelsea’s José Mourinho was named manager of the season, and Frank Lampard picked up his second Barclays Player of the Season award. But out of the three Chelsea players nominated for the PFA Player’s Player of the Year award for 2006 (Joe Cole, Frank Lampard and John Terry), it was Liverpool’s Steven Gerrard who also beat the likes of Thierry Henry and Wayne Rooney to the coveted title. However, Wayne Rooney’s exploits were certainly not ignored as he was named PFA Young Player of the Year for the same season after beating the likes of Cesc Fabregas, Cristiano Ronaldo and even Anton Ferdinand to the trophy. Thierry Henry was also not overlooked, and scooped both the Football Writers’ Association Footballer of the Year, and the Golden Boot Award after scoring 27 goals, one more than the entire Sunderland squad for the season.

Liverpool managed to record the highest point’s total for a third-placed club with 82 points, and their goalkeeper Pepe Reina took home the league’s Golden Glove Award, after achieving 20 clean sheets throughout the Premier League season. A 13th placed Charlton Athletic meanwhile topped the fair play charts for the Premier League, with the least number of total bookings and red-cards, with Blackburn Rovers proving to be the least sporting side during the league campaign. And as for the team of the season, the Premier League could call upon a dream team of x4 Chelsea players (Gallas, Terry, Lampard, J.Cole), x2 Liverpool (Carragher, Gerrard) and Manchester United (C.Ronaldo, Rooney) players alongside representatives from Arsenal (Thierry Henry), Newcastle United (Shay Given), and even from Wigan Athletic (Pascal Chimbonda).

Therefore, although looking back at a season from yesteryear does little to affect the outcome of the 2015/16 season or even change how the game is both played and perceived in the modern era, it does offer an opportunity to reflect on a competition that, even a decade ago, produced as many scares, surprises, and shocks as the present day. And despite the increases in expenditure, technology and viewing audience, it is the drama on the pitch that really matters. Will Leicester City’s consistency falter like Chelsea’s did towards the end of 2006? Can Remi Garde’s Aston Villa manage to pull off their very own ‘great escape’ like Harry Redknapp’s Portsmouth? And which moments will we look back at in another 10 year’s time and pin-point as defining? Nobody knows until Sunday 15th May, when it will all become clear.