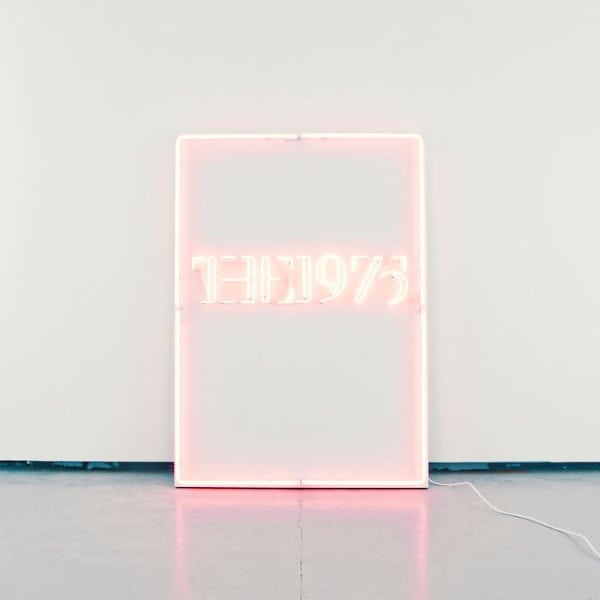 Album: The 1975 – I Like It When You Sleep, For You Are So Beautiful Yet So Unaware Of It

I can think of no better example of musical self-awareness than The 1975. Regardless of what you think of them, it’s undeniable that they’ve cultivated a striking public image. From the stubbornly black and white nature of their early music videos to the garish neon pink they’ve adopted for their new album, the band have always been plagued by criticism of style over substance whilst simultaneously striding to unprecedented popularity.

And it’s this self-awareness that led Matt Healy to declare that “the world needs” The 1975’s new album, and also influenced their most recent video for ‘The Sound’, which is intercut with critic’s negative comments. The four Manchester lads have always been conscious of their audience, their critics, and their place in the musical landscape, which is admirable but also has its major drawbacks.

If you thought that the word-count ruining title I like it when you sleep, for you are so beautiful yet so unaware of it was merely an indication of the album’s bloated runtime, you’d be wrong. Think of it as a demonstration of how deeply self-involved the band are with their image, to the extent that, yes indeed, this is an album of style over substance.

The music is just as glossy and glamorous sounding as before. The same clean guitars stab through a wall of sparkling keyboards, the songs still use such a baffling variety of sounds that it’s impossible to keep up with any new melodic developments, and Matt Healy’s lyrics are still centralized around the idea that if it has enough syllables, it’ll do. There’s genuinely a line on track ‘Change Of Heart’ that goes ‘you look shit and you smell a bit’, and another later on in the album which references Sainsbury’s. Maybe they’ve got a sponsorship deal going? Coming soon: The 1975 branded Pick ’n’ Mix; every sweet is pink and tastes exactly the same, just like their album.

This is not a diverse affair, the songs are repetitive, bleeding into one another to the extent where it’s difficult to pick them apart. This is the aforementioned drawback of being very conscious about your own sound. The 1975 refuse to leave their comfort zone, and whilst there’s nothing wrong with that, it feels as if a sonic blueprint is the full extent of the band’s creativity, because what really lets this album down is its lack of memorability.

The band’s debut had ear-worm hooks, ‘Chocolate’, ‘Girls’, ‘The City’, ‘Heart Out’, ‘Sex’. These tracks were attractive because of their grit, their cheekiness, their underlying uncertainty. ILIWYSFYASBYSUOI (see how ridiculous this is?) has ‘Love Me’, yes, but nothing else on here is as good as their debut, and it doesn’t set itself apart in the same way as that album did.

It’s convenient that there’s a song called ‘UGH!’ on this album, because that’s the exact sentiment I’ll use to sum up my experience of it. This may seem like an obvious and uninspired effort, but then again, if The 1975 can do it, why can’t I?