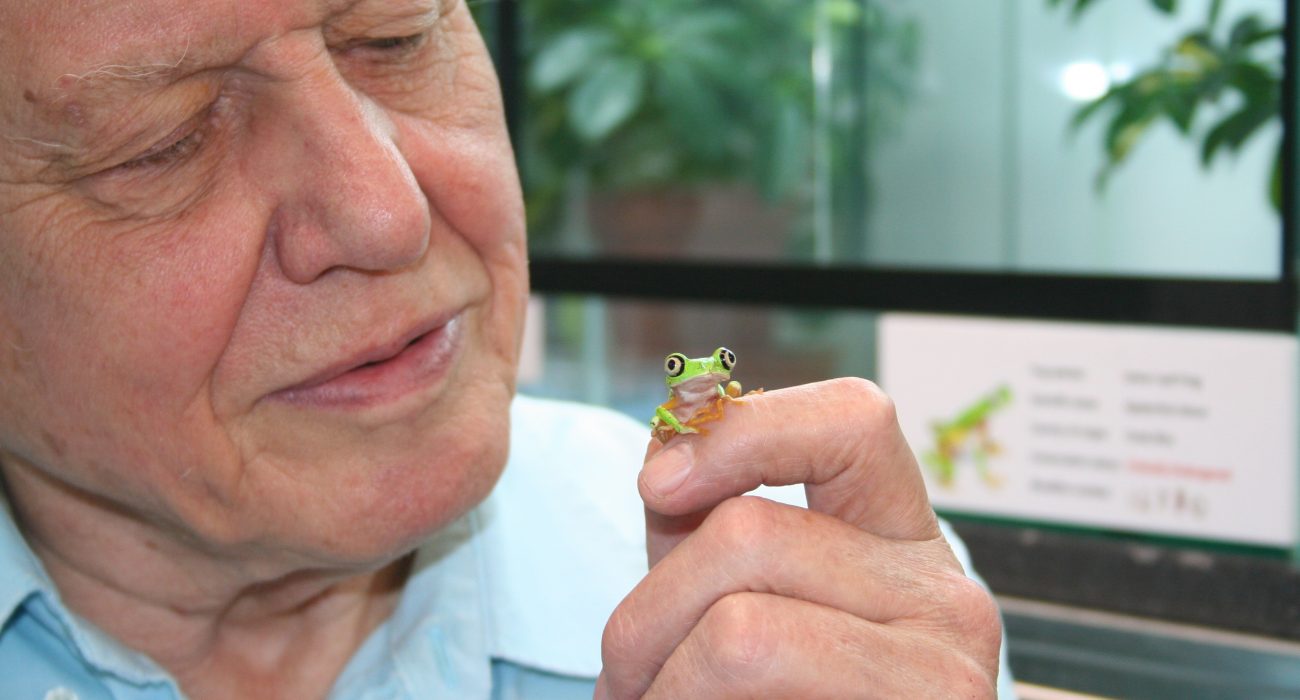 Thursday the 3rd of March marked World Wildlife Day 2016. This was a day of celebrating wild animals and plants, and also aimed at raising awareness of endangered species. With some help, the University of Manchester have commenced a campaign to help save one of the world’s rarest and most unusual frogs from extinction.

Last year, a tiny frog had a big impact on nine-year-old Lucy Marland when she visited the Manchester Museum. After seeing a Lemur Leaf Frog (Agalychnis Lemur) in the museum’s vivarium, and discovering that there are only a few hundred of them left in the world, Lucy decided that she wanted to help to save them from extinction.

Backed by the University of Manchester, the global campaign has now been launched, with an aim to educate primary school children about the endangered amphibian and its threats to extinction in its natural rainforest habitat.

The efforts are focused in the UK, Sweden (where Nordens Ark, Europe’s largest conservation organisation exists, Nordens Ark) and the Guayacan region of Costa Rica (where the frog still survives in the wild).

The materials for the education part of the Lemur Leaf Frog project have been called ‘Learning with Lucy’. At present, three short videos featuring Lucy have been produced—as well as worksheets designed for classroom lessons to be incorporated into primary school education.

By teaching children of the threats to this species and making people more aware of the conservation status of these animals, it is hoped that people—particularly those in the Guayacan region—will take more care of their natural surroundings and spare more thought into how their actions will impact the wildlife around them.

Alongside the Manchester Museum and the University of Manchester, Sir David Attenborough and the Ambassador of Costa Rica also back the campaign. Earlier this year, His Excellency Enrique Castillo Barrantes, the Costa Rican ambassador to Great Britain, visited the University of Manchester’s Faculty of Life Sciences to celebrate the project. Although the faculty and Costa Rica already have a good relationship, as the second year Tropical Ecosystems field course runs there every year, this visit was incredibly important for enhancing this relationship.

By strengthening the connection that the university has with Costa Rica, this will in turn strengthen the campaign to save the Lemur Leaf frog, therefore making the conservation of the endangered amphibian all the more likely.

Professor Richard Preziosi, head of the Environmental Research Group in the Faculty of Life Sciences, conducts research on saving endangered frogs and commented on the importance of such campaigns. He told The Mancunion: “Apart from the fact that frogs are fascinating creatures, they provide important benefits to humans and to ecosystems. Frogs have been the source of important chemicals used in medicine and some consume disease carrying pests like mosquitoes.

“Frogs are also very important in ecosystems because of the central role they play in food chains as both a predator and as prey. Plus, they are one of the few animals that work against the flow of nutrients constantly being washed into rivers and ponds. Tadpoles develop on those nutrients in ponds and then come out to live on the land.”

For more information about the campaign, please visit: http://www.ls.manchester.ac.uk/communityresources/schools/learningwithlucy/