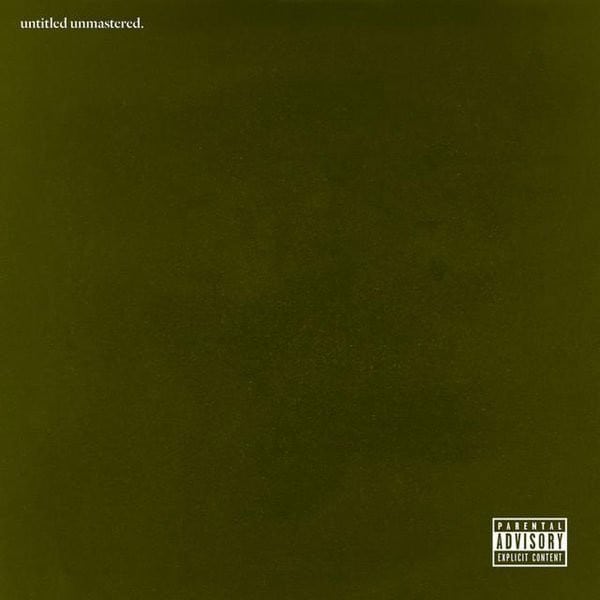 What a time to be alive—in February alone, Hip Hop fans were listening to the likes of Future’s EVOL, Khalifa, and Kanye’s long-awaited The Life of Pablo, none of which failed to capture our hearts.

And now, within the first week of March, we find ourselves with a Kendrick project being dropped out of nowhere. Its minimalist, shady cover rather fits with the little we heard about it, its title: ‘Untitled Unmastered’. We were only graced with the five Grammy award-winning To Pimp a Butterfly in March last year, so it’s safe to say that rumours of another Kendrick drop were few and far between.

‘Untitled Unmastered’ consists of eight tracks, each simply numbered and dated. And if you liked TPAB, you’ll surely love the free jazz vibes that Kendrick has made his own on this album, too. ‘Untitled 01’ opens the album, defined by its vibrant double bass and untempo drums, along with the now unmistakeable flow of Mr Lamar.

This album truly makes you appreciate not only the unique lyrical styles of Kendrick Lamar but also the talent of the mainly acoustic instrumentalists who accompany him. Anna Wise’s accompanying vocals on ‘Untitled 05’ place the listener in a dark, jazz club environment, complemented by Punch and Jay Rock’s relaxed bars and a heavy combination of bass drum, snare, and crash cymbal.

Kendrick then takes it to the next level on ‘Untitled 06’, making himself (along with a featured Cee-Lo Green) surely one of the only rappers in this day and age to effectively spit over a bossa-nova style beat, forcing his audience to lean back and enjoy his verses, with lyrics narrating his encounters with a “goddess of the eye”.

Finally, ‘Untitled 08’ sees a return of a more traditional hip-hop beat, with a slight funk influence, reminding the listener of Kendrick’s west coast roots. Its chilled synthesizer and consistent beat will leave you replaying and playlisting, ready for what more he has to offer.

The release, in a similar fashion to To Pimp a Butterfly, showcases the skill and diversity of Kendrick, and, of course, references to his home city of Compton do not go amiss. It includes instrumentals of genres ranging from cool jazz to mild trap, and only adds more impetus to the argument of those who label Kendrick as one of the best ever. On his current form, it’s very hard to disagree.

Only Kendrick could release an album with no name, all tracks unnamed, without telling anyone, and STILL have one of, if not THE best album of 2016 so far.

Written by Will Whiting

19 year old student at the University of Manchester. Passionate about music, sport, and all things culture.