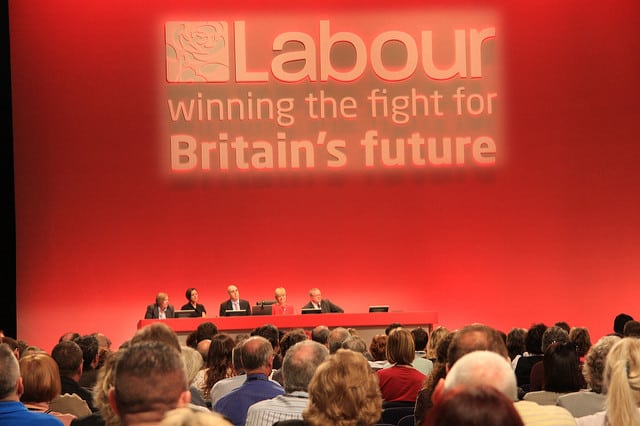 The Mancunion recently brought attention to Young Labour’s alleged racism towards Black, Asian and Minority Ethnic (BAME) students. This follows the resignation of Alex Chalmers, chair of Oxford University Labour Club, over the organization (and Oxford’s student left) having “some kind of problem with Jews.” Despite Labour’s righteous attitude, these occurrences are not anecdotal.

In the 1950s, despite its links to Labour, the Movement for Colonial Freedom (MCF) similarly raised issues of racial discrimination within the party. The Labour Party’s cultivation of prejudice was not direct and perhaps that’s what made it so insidious as to continue today. As a socialist party they did little for de-colonization policies, seeing themselves responsible for the indigenous. This is evident in The Labour Party’s Post-War Policy for the African and Pacific Colonies, which in 1943 stated: “For a considerable time to come these peoples will not be ready for self-government, and European peoples and States must be responsible for the administration of their territories.” White man’s burden extended into the 1950s when disputes over Britain granting freedom to her colonial possessions split the party into “Liquidationists” and “Ameliorationists.”

Immigration from colonies into the UK started to increase a couple years before India and Pakistan gained independence. But an inflow of minorities wasn’t favorable among the Labour government either. In June of 1950, a review was established to consider ’the extent of the problems presented by the immigration into this country of colored people from British Colonial Territories’. Proposals for restricting the entry of Commonwealth workers included: applying aliens control on British subjects from overseas, legislation to deport British subjects, and confining stowaways (the 1950s version of an illegal immigrant). They were clearly sympathetic to the Irish though, as justifying these methods would be difficult if they were to pick and choose. The Review specifies that, “the use of any powers taken to restrict the free entry of British subjects to this country would—be more or less confined to coloured persons”. Indians, Pakistanis, and Blacks (the Cabinet document does not specify) were major targets for restrictions.

The only reason stricter rules weren’t implemented was because they didn’t feel the timing was appropriate. Keep in mind that this review board suggested a concealed color test to deem whether someone was worthy of coming into the country. It should be emphasised that these ideas weren’t rejected, just put aside until politically opportune.

What it did manage to produce was a difficult environment for non-white immigrant workers. There was no progressive, anti-racist framework that allowed the working class to properly respond to the growing minority presence. Racism was viewed as an accompaniment to colonial affairs, something exterior to the mainstream labour movement, not relevant to the cause and outside the concerns of Labour. The party had no incentives to enact policies that could alleviate negative portrayals when they were in office and when the Conservatives took over. Because, motivations aside, prejudiced responses were coming from them.

Toleration of discriminatory tendencies becomes perpetuations of racism. Presently, it is being manifested in Jeremy Corbyn’s associations with Holocaust denier Paul Eisen and references to Hamas and Hezbollah as friends. Like the 1950s, intolerance spreads from the top to the bottom. Resulting in occurrences like those involving Young Labour and OULC. But because political correctness must be maintained, intense prejudices are hidden behind claims of being anti-Zionist. This is not to say that anti-Zionists are racist but that incidents where members use that label to conceal themselves are becoming more common and less of an anathema within the Party.

Cutting ties with previously radical members is impractical. But promotions and endorsements could be limited to people who best represent the values of the party. It certainly is not the case now, being that Labour put a former British National Party (BNP) member to represent them on the Darwen council recently. I would be remiss to realise that BNP and Labour have strong ideological ties.

If ethnic voting patterns are any indication though, there is a chance that Labour might start to shift and maybe even stand up from its comfortable chair of inaction. A vote they could once count on, 2015 saw a decline of Labour to 52% and the Conservatives’ doubling of votes to 33%. Hindus, Sikhs, and Asians are all becoming more likely to vote blue, possibly giving Labour the political motivation to modify its passivity towards the problems of minorities.

There is no comparison being done here. The Labour Party could improve regardless of the Conservatives. Though its core beliefs are admirable, it stands in dichotomy with the conducts of the modern Party. The sanctimonious air that Labour students convey is hypocritical and fails to acknowledge their politicization of a higher moral ground.