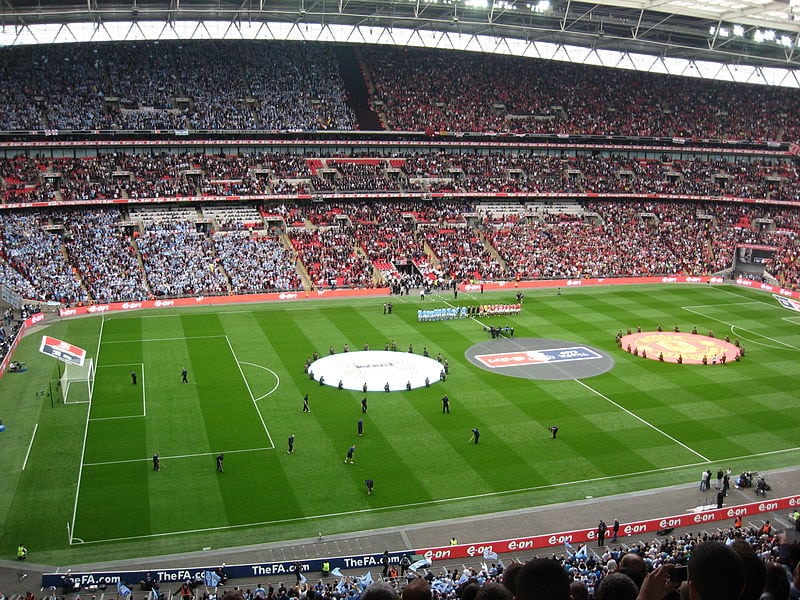 The Manchester derby is upon us again, and as the two sides are getting closer in the table, bragging rights aren’t the only thing at stake this time. This will be Manuel Pellegrini’s last Manchester derby, and possibly Louis van Gaal’s too if rumours may be true of him leaving at the end of the season. With that in mind, both these managers will want to win.

Manuel Pellegrini said that he will assess the fitness of the Argentinian centre-back Nicolás Otamendi on Saturday, but reading between the lines, City fans will feel hopeful that the defender will be back to play.

Despite how the Belgium manager earlier this week stated that Vincent Kompany will be out for the season, Manuel Pellegrini has stated that Kompany will most probably only be out for a month, as his injury is similar to that of Alecks Kolarov’s earlier this season where he was out for three to four weeks. Kompany has just come back from a calf injury, however he has injured his other calf this time.

·         Fabian Delph will be fit for selection after the international break

Like any derby this will be a midfield battle, and these two men will be vital. Both will have to be up to the job in defence and in attack. Although it cannot be known if Schneiderlin will play, as van Gaal has been known to play around with his midfield options, I think Schneiderlin would be the one to offer the biggest threat to City and possibly able to cancel out Touré. Touré’s performance in the 0-0 Champions League draw to Dynamo Kiev was a positive sign that the Ivorian will be raring to go for the derby.

Manchester United played Liverpool on Thursday night in the Europa Cup, but were dumped out by their rivals. After the game, Jürgen Klopp said that it was Liverpool vs David de Gea, after the Spanish goalkeeper had a string of saves to keep the Manchester team in the game for as long as possible. When asked if the derby could turn into Manchester City vs David de Gea on Sunday, Pellegrini said “they are two or three points behind us in the table so I think they have good players,” dismissing that de Gea is the reason United are doing so well.

Earlier in the season these two met at Old Trafford, where the score ended 0-0. It was very boring.

Raheem Sterling and Joe Hart have been called up to the national squad, but it isn’t just the senior squad that are full of Blues. Angus Gunn, Kean Bryan, and Brandon Barker have all been called up for the under 20s squad. The future is bright for City’s youngsters.

It’s been a turbulent season for Louis Van Gaal’s Manchester United. Despite how they’ve been labelled as boring and struggled early on, they find themselves with a strong possibility of finishing in the Champions League spaces for next year—especially now that they only have the Premier League to concentrate on due to their exit from the Europa Cup in midweek. One thing is for certain with this fixture however—form means nothing.

Manuel Pellegrini said “always a derby is dangerous—it doesn’t matter the position of each team… If it’s a derby of the Premier League: double dangerous.” Obviously Pellegrini understands the importance of bragging rights for the fans with this fixture. He notes how psychologically a win would be important for their title push, still persisting that they are not thinking about the top four whilst it is still mathematically possible to win the league.

Once upon a time…

The greatest of rivalries often go blow-to-blow: Piers Morgan and Lord Sugar, Arsène Wenger and zip-up coats, and Mario Balotelli and bibs, to name a few; but none of these can compete with the intense rivalry between the two Manchester sides. Years of battling has often left City worse off, but since the 2008 takeover and the introduction of a higher class of player, the balance of power has been shifting. City became more of a threat to United’s supremacy and were chipping away at the reds, until the events of 23rd October 2011 saw Manchester City throw one giant swing at Manchester United, which saw them topple and sent shockwaves round the world.

The Old Trafford crowd might have been apprehensive prior to this match, but none would have anticipated what came. Often the pantomime villain, Mario Balotelli started the rout as he neatly tucked away a goal and revealed the message ‘Why always me?’ under his shirt. In a similar manner to that of Eric Cantona, Balotelli turned to the Old Trafford crowd and demanded their attention, but this time it was a man in blue. The expression on Balotelli’s face was ominous of the performance to come, as the team pushed forward and took the headlines away from Balotelli’s individual celebration and made them about a well-executed team performance.

Johnny Evans found himself going for an early bath soon after half time, and Balotelli doubled the lead not too long after. Sergio Agüero followed Balotelli’s second goal with a strike of a similar fashion. United pulled one back with ten minutes to go, due to a sublime Darren Fletcher strike beating Joe Hart and giving them a glimmer of hope.

While United pushed for a goal, City rode the wave and hit back with three goals in as many minutes to turn this defeat into a humiliation. Edin Džeko arrived on the scene with the fourth of the game, and David Silva nutmegged his fellow Spaniard David De Gea to get the goal that his majestic performance deserved. However, it was the next piece of Silva magic that he will be remembered for, as his eagle-like eye for a pass and inch-perfect delivery set free Džeko, who slotted home the sixth. Džeko sprinted off to the euphoric crowd and, after confirming the unbelievable score-line with Aleksandar Kolarov, revealed six fingers to the crowd in a photographer’s dream.

Moments before Manuel Pellegrini’s pre-match press conference for the Manchester derby, it was announced that City will face Paris Saint-Germain in the next round of the UEFA Champions League in April. PSG have already won the league in France and are a very strong side that saw off Chelsea in the Champions League round of sixteen. With the likes of Zlatan Ibrahimović in their team, they will be tough to beat. Pellegrini, however, suggested he would have been happy with any team except from Barcelona: “Barcelona are the team that make the difference. All the other teams are exactly the same.” Whereas some fans would have been happier with an easier draw, such as Wolfsburg, Pellegrini said that “maybe one team can have less names than another team, but if they are in the same stage then they deserve [it] because they eliminate important teams.”

In 2008/09 the two sides met in the UEFA Cup, and ended the match as a 0-0 draw. However, the two sides have improved a great deal since then, so expect a much tougher game in the Champions League Quarter Finals!

To say anything else would be disloyal.

Sports Editor Will Kelly had this to say on Manchester United’s chances in the game.

The manner of Manchester United’s performance against Liverpool will be another cause of concern in what has been a miserable season for fans at Old Trafford. It was always going to be a difficult task to turn around a two goal deficit going into Thursday night’s game but in truth, United barely threatened. The tactical decisions made by Louis van Gaal were clumsy to say the least. The decision to play Michael Carrick and Maroanne Fellani created perhaps arguably the slowest midfield in history. The build-up in attack was slow, but what was more costly was that Liverpool were allowed to essentially play triangles around them, leaving the defenders completely exposed. Chris Smalling in particular, looked absolutely knackered in the second half as he spent most of the game chasing midfield runners. Why on earth van Gaal does not play Morgan Schneiderlin is beyond me as he has been one of United’s best players this season.

United all season had snippets of good performances, but then go back through some woeful performances. Leadership is simply lacking in that squad. When the opposition score, heads go down and the pressure seems to get to them that they need to score. Marcus Rashford, Anthony Martial and Jesse Lingard all had very good games but they don’t get any help. United’s attack is certainly depleted at the moment and they do not go into the derby as favourites because Manchester City have a far superior squad. Vincent Kompany may be out the tie, but United’s problem has been creating chances in the first place. The pressure is on them now as being knocked out of the Europa League increases the pressure for a win to have any chance of qualifying for the Top 4. Sometimes in times of despair and uncertainty, there just needs to be a galvanising of human spirit. United fans would hope that they just go for it. No matter if they lose, what supporters demand is that they try their very best and not give up, like they have done in some of the performances this season. Van Gaal needs to pick an aggressive and energetic midfield, which does not mean the flailing arm of Fellaini. Schneiderlin must start, alongside either Ander Herrera and Bastian Schweinsteiger, who certainly brought a sense of control when he came on as a substitute in the 1-1 draw against West Ham. A similar spirit and desire is needed like the very recent win against Arsenal if United are to come away from the derby victorious.