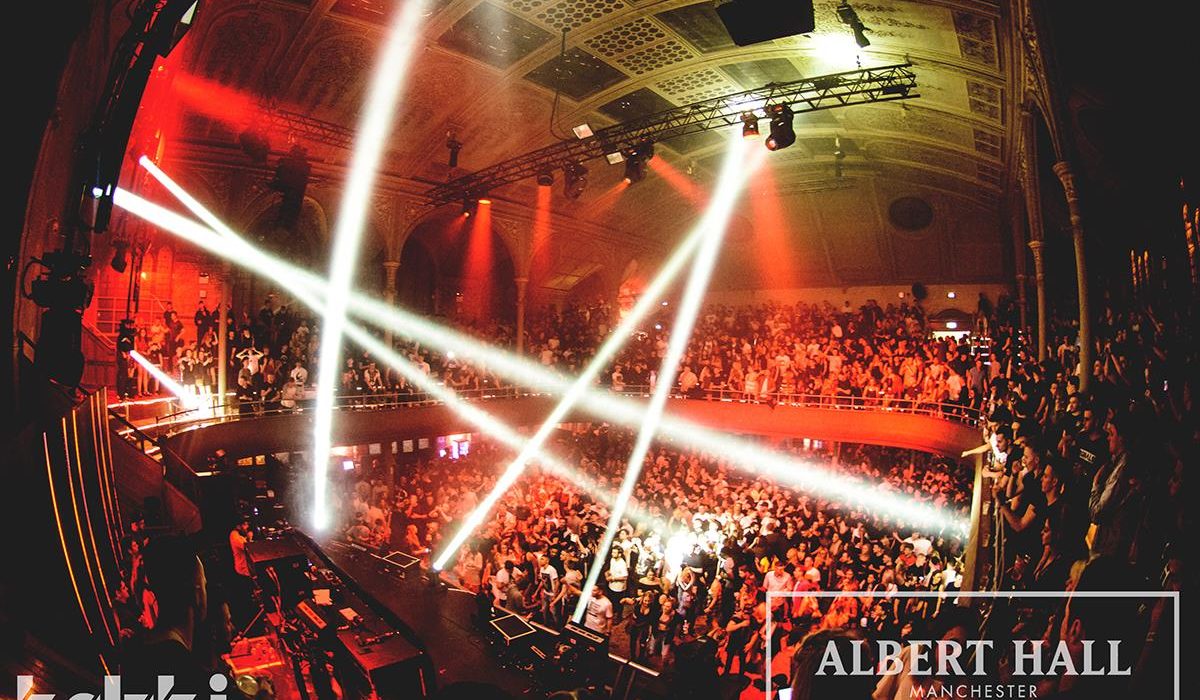 Manchester-born imprint Kaluki made its homecoming stop of their 10th anniversary world tour, bringing along an exceptional line up to an equally exceptional venue.

If you’ve ever strolled past the Albert Hall whilst an event is taking place, like the one I attended last Friday, you will probably notice the bewildering sight of sporadically flashing lights canvasing a mural onto the grand Victorian windows of the venue. This novelty is fully realised inside with the gallery and high ceiling which give a feeling of being in a bright an open space, a nice change to the dark and claustrophobic spaces one often finds oneself in when listening to house and techno. All of which might not have been appreciated by those who had trouble getting in due to the close ending times of an earlier event, which resulted in long queues and some people being turned away.

Fortunately for myself this only meant I would miss the early supporting acts, as I did not run into any issues with the venue, bar the expected expensive drinks. Darius Syrossian began the night and, despite having parted ways with Sankeys, the ex-resident played tracks that very much reminded me of it, such as Bas Ibellini’s ‘That’s Right’ and Cuartero’s remix of his own ‘Hans Trippy’, which was certainly no bad thing. Syrossian closed out his energising set with a final few groovers, including the effervescent Walker & Royce remix of 12 Stories’ ‘Bright Lights’.

Of course the most anticipated that night was the so-called “hardest working man in dance music”, Eats Everything, proving to be a master of his craft throughout the course of his heavy-hitting and high energy set. A set which took many guises, whilst initially bringing out tracks the like his cheery latest release ‘Big Discs’ and then teasing in elements of the infamous ‘Dancing (Again!)’ amongst other songs to keep things fresh. Everything continued bringing out unknown treats, or tracks that seemed unknown and unreleased, but would turn out to actually be old school house tracks from the nineties, such as Hole In One’s ‘Life’s Too Short’. The only downside was that he only played for one and a half hour, which didn’t feel long enough me.

Nonetheless, Joris Voorn was still very much welcomed, despite his more sombre and melodic brand of techno. In fact Voorn’s feel complemented the previous set perfectly. The crowd embraced the warmer sounds as the night dwindled into the morning, and hearing him play blissful tracks like his remix of Röyksopp’s ‘I Had a Thing’ was just what we needed. As he basked us with his melancholic hit, ‘Ringo’, I found myself struggling to decide which set I enjoyed more, yet I resided on the fact that they were two different beasts.