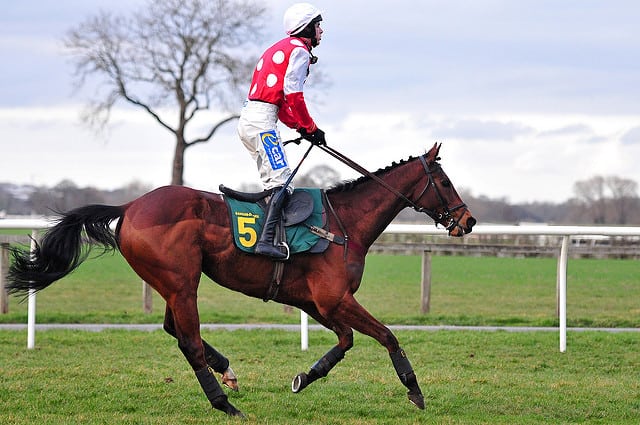 A sporting excuse for animal cruelty

The Grand National, the annual horse race held at Aintree in Liverpool, has always been the focus of much scrutiny. Given safety has been an ongoing concern with the race, a report was published by the British Horse Racing Group looking into safety and welfare regulations. From their research, they concluded they wanted to “enhance safety and welfare while retaining the unique character of the Grand National”.

Why then, five years later, have we seen another deadly festival at Aintree, with four horses dying? It raises the question of whether this race can ever be safe, for horses and jockeys, and why more isn’t being done to prevent such casualties.

The race has been the source of debate and controversy for years, with one side arguing the race is good for the horses and that they enjoy it, and others taking the opposing view that it is a ‘death trap’.

It is undoubtedly the fences at the Grand National that cause the most concern, with their height consistently criticised for being too great. The nature of the challenge of the Grand National (the numbers of jockeys, the length of the course, and the fences) is what makes it such a popular spectacle year on year. It is questionable, however, whether this spectacle is deserving of its position as an annual sporting highlight, given that horses die nearly every year.

Stephen Moss has drawn attention to this as he questions in The Guardian whether the race is “Britain’s answer to bullfighting, a cruel spectacle put on for the dubious edification of 70,000 racegoers”. It is exactly the nature of this edification that concerns me. People will justify horseracing in just the same way as they argue against veganism, and there will always be a divide in opinion when it comes to animal rights. It is known as a social occasion, for all classes, and it is arguable that this is the only reason it remains as popular, as well as being inextricably linked with gambling and money-making.

It is understandable that it is seen as a “tradition”; however, with each year there are more fatalities, which questions whether this is a tradition worth upholding. Despite its popularity from this perspective, in recent years there have been growing protests and public opinion is increasingly swaying against the National.

In light of this growing debate Stephen Moss spoke to Dene Stansall, a horse racing consultant to the lobby group Animal Aid in 2013, when three horses died in one day at Wetherby Racecourse. Stansall pointed to increasing public attention and awareness of the dangers of horse training and racing in the National and said “there needs to be a proper welfare audit of the course”, but also that it is now the casualties that draw the attention of the media, rather than the winner of the race.

Surely the focus of the race should be on the quality of the sport, rather than persistent safety concerns. Although in every sport there are physical risks, it seems the risks to horses in the Grand National are far more likely to end in fatalities. Therefore is it enough to simply make do with changes to regulations? The debate over the Grand National being safe or unsafe, good or bad, is likely to continue so long as people are spectators and bet on the race. Perhaps it is therefore worth considering the more fundamental issue at hand: Is using these animals for our own entertainment morally and ethically correct? Mimi Bekhechi put it very well when she said horses are just ‘replaceable inventory’ in the industry. They are churned out in order for people to win money and be entertained. She also draws attention to the fate of horses who do not make it to be prime racers, saying only around 40 per cent end up racing and “those who don’t make the grade face uncertain fates, which can include tragic neglect and slaughter”.

If this is the case, surely no amount of safety regulations or “enjoyment” of the horses or spectators can be justified. Adding to the cruelty to horses away from the racecourse, Bekhechi also draws attention to the conditions of retired horses. Once they are past their ‘sell-by date’, horses often get used for pet or human food, and if not, as Bekhechi words it, they are “left to languish in forgotten fields”. It concerns me that people enjoy watching this spectacle despite its unsavoury background. People know certain practices do not guarantee safety for the horses, (if the race can ever be considered safe), yet continue to invest in it. Absent-mindedness in this vein ensures the sport continues every year.

Although it would be considered idealistic to have the race banned, in my view compassion must not be forgotten. So long as people continue to watch and gamble in the race, however, it seems personal enjoyment and profits will continue to be placed above the welfare of others.