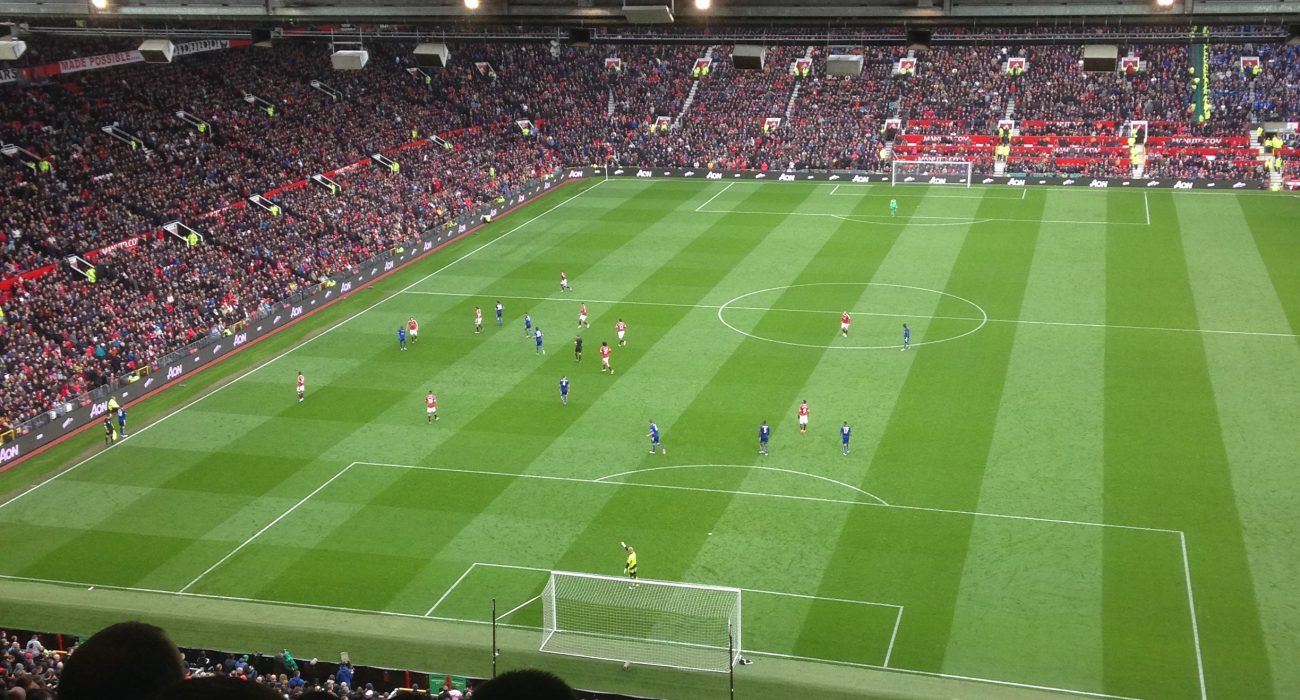 Manchester United hosted the league leaders, Leicester City, on Sunday for potentially one of the most important football matches in recent history. Three points for the Foxes would clinch them the title. In a world where finance now dominates football and investment is paramount for silverware, the rise of Leicester has been truly absurd. The most hotly-contested league in the world, which contains many of the richest clubs, is being led by a team which was promoted in 2014 and rock-bottom of the Premier League a year and a half ago.

It is already being debated, but if Leicester do win the league, it would probably be the biggest underdog success story in modern football. And so the fairytale continues; the Foxes needed to beat the team with the most Premier League trophies in England to obtain their first. United came back from Vardy’s record-breaking strike at the King Power to draw 1-1 in November, and needed to get three points off them the second time round if their push for top four was realistic.

Before the game it was hard to pin either team as favourites. United have performed much better recently, winning four in a row since their defeat to Tottenham, and have looked progressive in an attacking sense too. Leicester rolled over a poor Swansea team last weekend but did not look comfortable when they were tested by West Ham prior to that, needing a last-minute penalty to snatch a draw.

United yet again lined up in the 4-1-4-1 formation which has brought the team the most success in the past two seasons. The only change from the dramatic win over Everton in the FA Cup semi-final was Valencia in for Timothy Fosu-Mensah at right back. That meant that Fellaini and Rojo retained their places in the team, to the fans’ dismay; while the former did have one of his better games against Everton, his poor touch and lack of mobility slows down United’s attacking potency.

The likes of Ander Herrera allow United a more fluid offence. Rojo, like the Belgian, has had a pretty inconsistent season, and most of his best performances have not been exceedingly impressive. Borthwick-Jackson has seemingly disappeared from the first team squad despite looking very composed and creative for a 19-year-old; the young Mancunian helped the under-21s win their respective league on the 19th of April but has not been involved with the senior squad since.

Rooney once again took up his new box-to-box role alongside Fellaini, flanked by the youthful trio of Martial on the left, Lingard on the right and Rashford up top. The more experienced trio of Blind, Smalling and De Gea made up the heart of defence as usual and Carrick was instructed to dictate play from deep.

United began the quicker of the two sides, penning Leicester in their own half by winning the ball high up the pitch and probing with their wingers and wingbacks on both flanks. In the eight minute the Reds broke through Leicester’s typically solid defence. Lingard and Valencia combined down the right before the right-back clipped in an outside-of-the-foot cross to the back post where Martial side-footed in the opener.

The Frenchman’s new chant rang around the Stretford End, as it had done outside Wembley the weekend before; “Tony Martial came from France, the English press said he had no chance, 50 million down the drain, Tony Martial scores again”. It’s classy enough to even make the neutrals smile.

United continued to press Leicester relentlessly high up the pitch, which made them susceptible to counterattacks. Kanté was instrumental in breaking up United’s attacks in front of their penalty area while Drinkwater attempted to spread the play wide to Mahrez or forward to Ulloa and Okazaki.

Lingard should have scored shortly after the first goal, however he was denied by a fantastic reaction save from Kasper Schmeichel. Leicester grew in confidence and won a free kick to the left of the United area in the 16th minute. Drinkwater capitalised by clipping a cross into the mixer for Morgan to outmuscle and outjump Rojo for the equaliser.

Flares were lit in the Leicester end and partying ensued. The match played out with Leicester happy conceding possession—65 per cent by the end of the game—and hitting United on the break. The Reds were unable to up the tempo enough break through the tight defence. Both sides could have given away penalties; Rojo left a leg out for Mahrez to go over while Drinkwater pulled back Depay. The latter was sent off for a second yellow but Michael Oliver placed the foul outside of the box, controversially so. The game petered out as some predicted. Both teams have very good defensive records and that was proved in the second half.

One of the best moments of the match came after the final whistle. Leicester players applauded their travelling fans and so left the pitch after the United players. As the Foxes walked towards the tunnel, the remaining United fans inside Old Trafford respectfully gave them a standing ovation. Not often are club prejudices forgotten, but appreciation was deserved for their unbelievable achievements this season.

Ranieri smartly did not play to win, knowing with so little left of the season that a point would be valuable, even though three points would have won them the title. The result practically ends United’s chances of Champions League football next season, even though Manchester City lost. United fans had clearly accepted this with their chants towards the end of the match about Wembley, the only way to salvage some positivity from this season.