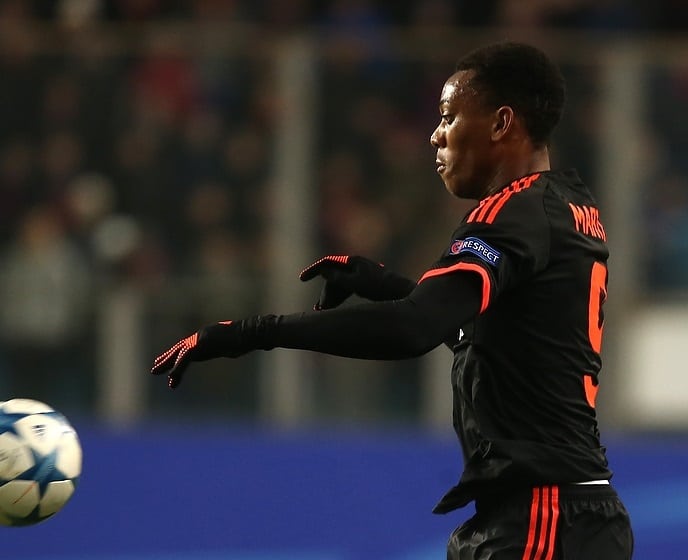 Anthony Martial hit the ground running in his debut season for Manchester United. Much was made about the Frenchman’s price tag and age, especially The Sun who led with the headline What a Waste of Money the day after his arrival. Martial has proved his critics wrong and was widely believed to be United’s second-best performer last campaign, behind shot-stopper David De Gea, earning himself his own brilliant chant from the United faithful.

At 20 years old, the future looks bright for Anthony Martial, but with the emergence of Marcus Rashford and the highly anticipated transfer of Zlatan Ibrahimović, what role will Martial play in the Manchester United team? The question is much more complicated than it first seems.

Martial is, by trade, a striker. His first few matches for United showed that. Ice cold finishes against Liverpool and Southampton both came when Martial played as a lone forward. His diving header against CSKA Moscow showed that he also has good aerial ability.

There are a few problems however, with the Frenchman taking up the central forward role. After United’s dismal 0-0 draw with PSV in the group stages of the Champions League, Scholes criticised Martial’s attitude: “He doesn’t look bothered if he misses a chance, he doesn’t look bothered if he scores a goal. As a centre forward, all you live for is scoring goals, all you want to do is score goals”.

While Scholes’ comments were greeted with anger on social media from United fans, the former Red has a point. Martial is prone to becoming isolated when playing as the lone striker and is often crowded out by more physical defenders. His movement off the ball is not as effective or subtle as Rooney’s or Rashford’s either. Martial is a player who lights up the pitch when he has the ball at his feet and space in front of him, but opposition defences quickly wised up to this and tightly marked the Frenchman out of games.

With almost all successful teams nowadays playing with a central striker and flanked by two wide forwards—excluding the anomalous Leicester City—there are players other than Martial to consider for the role. Marcus Rashford’s meteoric rise has shown that he is more than capable; seven goals and two assists from 13 central appearances emphatically surpass Martial’s three goals and two assists from 18 games leading the line. If the rumours are true, and Ibrahimović will be gracing the Old Trafford turf next season, it seems likely that Rashford and Zlatan will be contesting the central role.

The other position Martial seems to fit pretty snugly is on the left wing. Due to Van Gaal’s determination to play Rooney as the central striker for much of the season, Martial was shoved out on the left for the majority of the campaign. However, like many of Van Gaal’s decisions, this move seems to have accidentally benefitted the team.

The role highlighted another one of the Frenchman’s key attributes, his incredible close-control dribbling when running at speed. His debut goal against Liverpool came from picking up the ball on the left wing and dribbling inside. The incredible winner against Everton in the FA Cup semi-final was a similar situation; Martial cut in from the left and played a smart one-two with Herrera before slotting the ball past Robles.

As mentioned earlier, Martial is at his most dangerous when the ball is at his feet and there is space in front of him. On the left, with modern fullbacks so often playing high up the pitch, Martial is granted that space which he so often exploits.

A trademark move of his is to gain possession on the left side of the opposition’s penalty area and, instead of cutting in on his strong foot, taking the ball to the goal line and squaring the ball to the penalty spot for an easy tap in for his attacking team mate. Classic examples are his assists to Fellaini in the FA Cup semi-final and to Giroud in an international friendly against Germany in November.

The impact Martial has on the left wing are highlighted by WhoScored.com’s rating system: While playing at ‘attacking midfield left’ Martial has a rating of 7.29 and while at ‘midfield left’ 7.53. These clearly outdo his rating as a ‘forward centre’ of 6.74.

But again, like playing Martial as a striker, there are factors which could be detrimental to him playing on the left. For starters, he is not renowned for his defensive contribution which is often needed when playing on the wing. The only time Martial is freed from the burden of tracking back is when he is on the left of a front three. Mourinho, unfortunately, has shown his preferred formation to be a 4-2-3-1, meaning that Martial would have to work hard defensively if playing wide.

A second, although far less threatening factor is the return from injury of Luke Shaw. Before breaking his leg against PSV last year, Shaw struck up an impressive connection with Memphis Depay on the left hand side and his return may see Depay in the starting 11 more often, in an attempt to rekindle that partnership. The problem with this theory, however talented Depay may be, is that Martial is clearly the better player. Depay is also likely to have a worse attitude towards defensive contribution, seeing him standing out of favour with Mourinho.

With all aspects considered, it seem favourable that the left side of midfield is more suited to Martial’s skill set. In the freak occurrence that both Rashford and Zlatan are injured, Martial can do a job leading the United attack. However, the Frenchman still has much to learn if he wants to play centrally on a consistent basis.