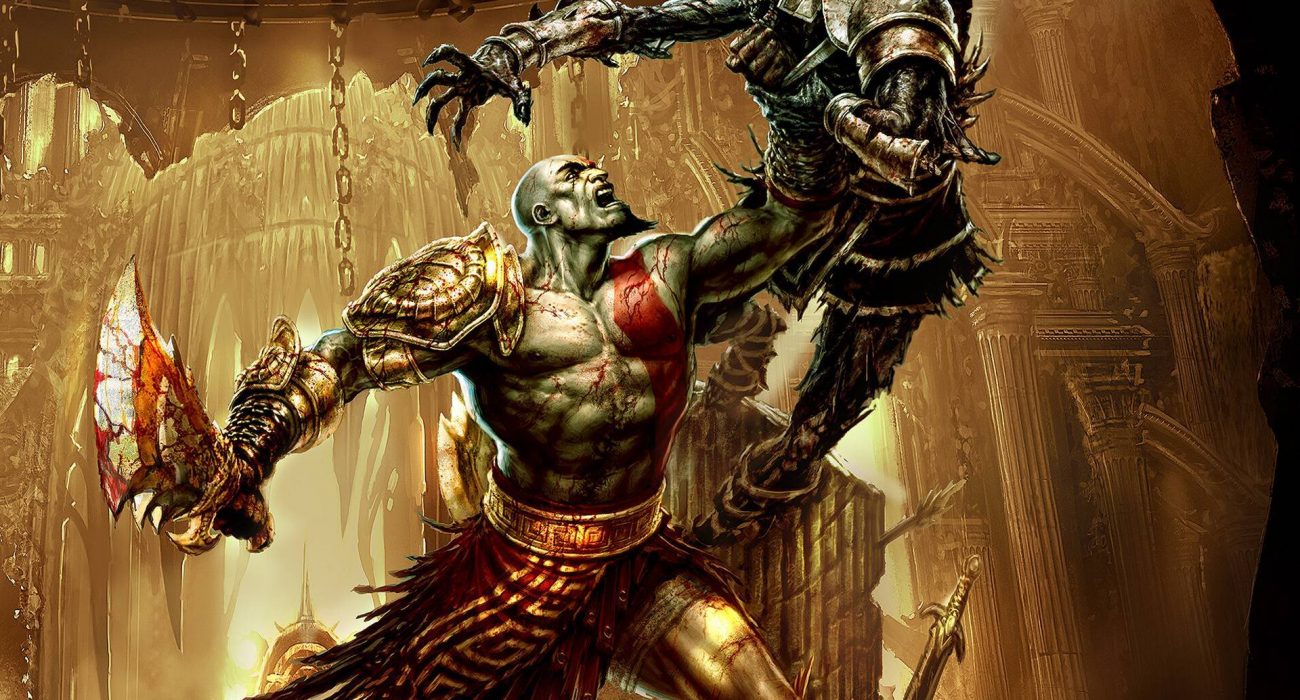 God of War first released onto the PlayStation 2 in March 2005. A lot has happened since then, the smartphone revolution changed our lives, America elected its first black president, and the Great British Bake Off stole the hearts and minds of a nation. The one thing that has remained largely consistent since then is the phenomenal moment-to-moment action of the God of War franchise. The fact that the much anticipated PS4 entry is the first in the series to radically alter the gameplay, isn’t to say that developer Sony Santa Monica has been lackadaisical in the innovation department. On the contrary, it’s because the California based developer utterly nailed the core mechanics of this third person hack’n slash adventure right from the get-go.

Simply put, God of War makes you feel like a badass from the second you pick up the controller. Combat is fast, visceral and consistently satisfying. During my play-through, showers of blood erupted from Cyclops’ eyes, Gorgon’s heads were ripped from their spines, and the finishing moves on the games signature bosses frequently amazed me with their sense of scale and portrayal of violence. Be advised that this is definitely not one for the kids.

Throughout the game, you play as Kratos, a seven-foot Spartan warrior tasked with killing Ares (the titular God of War) in a truly inspired setting based on Greek mythology. Whilst the story is nothing particularly complex, it has a solid beginning, middle and end, and exists as more of an excuse to keep the impressive action moving forward. As for Kratos, he can certainly be derided as being a one-dimensional and unlikeable character in the wake of games such as The Last of Us, but for me that was actually part of his appeal. He stands out amongst the crowd of predictably nuanced do-gooder protagonists that you’ve probably played as many times before. His aggressive and arrogant nature, combine with some questionable morals, to create one of the most refreshing characters that I’ve ever played in a video game. He is the antithesis of Nathan Drake in other words.

Kratos’ tale will take you through a number of beautiful and inspired locales not often seen in gaming, particular stand outs include a beautifully rendered Athens under siege, and the depths of the Greek Underworld. Presentation is one of God of War’s strongest assets; the graphics, animations and cut-scenes are polished to perfection. It’s clear that the developers poured their hearts into this game and it has paid off handsomely. There’s a cinematic flair present in all aspects of gameplay, the fixed perspective third-person camera hovering over Kratos remains, unobtrusive throughout, and the title’s numerous quicktime events somehow never get old. The gameplay is backed up by a bombastic orchestral soundtrack that does a tremendous job of escalating the on-screen action. The sound designers really did their homework here, every audio detail fits within the mythos seamlessly.

Whilst the game is mostly linear, the way in which the levels are designed give a real sense of immersion as each location feels interconnected in a wider world. Combat scenarios are expertly broken up with the occasional puzzle and/or platforming section. Within these the enemy design is exceptional too; the developers have shamelessly drawn from the ancient source material, so expect to fight a number of mythological beings such as minotaurs and harpies. Each enemy has its own a unique attack pattern, requiring you to constantly adapt to new challenges throughout the journey. All in all, these aspects combine to make extended play sessions something of an inevitability. I finished my first playthrough in just two sittings.

However, God of War isn’t by any means a perfect game, and there are some minor flaws to consider. Whilst the game for the most part has a steady difficulty curve, one particular platforming section stands out for its unforgiving nature, requiring an extreme level of precision to overcome. It took me around half an hour to beat this challenge the first time round, and it really bogs down the pacing in the later stages of the game. Perhaps a more significant issue is that by most accounts your initial weapons, the Blades of Chaos, are simply the best armament in the game. The other weapon that you come across offers a unique style of play, but it is grossly under-powered, meaning that there is little reason to mix up your playstyle for subsequent playthroughs. However, this is mitigated to some extent by the intricate combo system, and the four unique magic attacks bestowed onto the player over the course of the journey. Despite these problems Kratos’s adventure remains surprisingly replayable eleven years later, and considering the game as a whole, these issues can be considered as little more than minor blemishes.

It’s hard to nail down what exactly made God of War stand the test of time, as almost every aspect of the title was of exceptional quality back in 2005. Regardless of which part of the game you deem most important, it is undeniable that they all mesh brilliantly to create a rambunctiously entertaining package. God of War is a power fantasy in its purest form, and exploring the origin of Kratos’s epic legacy is something that every gamer should experience.