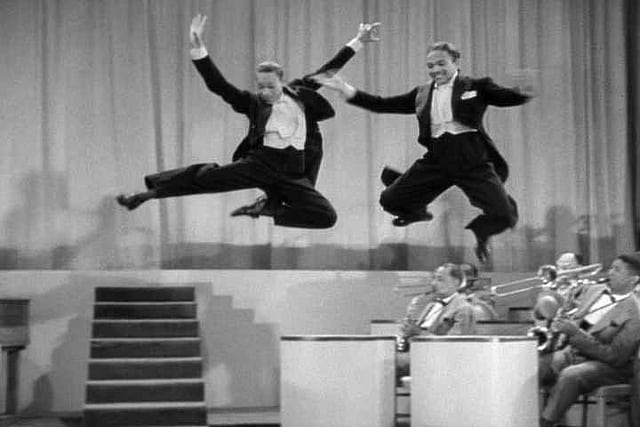 HOME cinema and arts centre is well-known in Manchester for its selection of the latest arthouse and Hollywood films, but it also regularly screens old films as well as running film ‘seasons’, for instance the recent Studio Ghibli season that ran in August. Although there are many great new releases being shown in October, I’d strongly recommend seeing at least one of these old classics being screened in the coming month.

Being a 1943 music comedy, this is certainly bound to be a very different viewing experience than any recent films you have watched in the cinema. It’s perhaps a little cheesy, but extremely fun and will definitely put a smile on your face. The screenings are on the 23rd, 24th and 25th of October.

Truly one-of-a-kind, this art-house horror actually deals with many politicised issues, such as race, religion, sexuality and addiction whilst showing a blood-thirsty archaeologist. It’s highly stylised and my not be to everyone’s taste, but if abstract and concept cinema is something you’re interested in then I would encourage you to attend the screening of this classic on the 11th of October.

An iconic piece of anime cinema, this sci-fi fantasy shows a bike-gang leader and anti-government activists attempting to stop another bike-gang member who has gained deadly psychic powers following a government project called Akira. It’s gory and brutal as well as being visually stunning, and portrays Neo-Japan in all its dystopian glory. The film is being shown on the 4th and 5th of October.

Okay, you’ve probably already seen it a hundred times, but have you seen it in the cinema? On the 16th of October Fight Club will be shown at HOME, including an introduction from the film’s production designer Alex McDowell. It’s quotable, funny, and you are guaranteed to leave almost as satisfied and amazed as the first time you watched it. Or, for those who haven’t seen it, it’s the perfect opportunity to finally learn what all the hype is about.

1.) Dr. Strangelove or: How I Learned to Stop Worrying and Love the Bomb (with introduction)

Not only is Dr. Strangelove one of the best war films of all time, this particular screening on the 18th of October includes an introduction by Sir Christopher Frayling, an expert in film culture. One of Kubrick’s earliest masterpieces, Dr. Strangelove satirises the western attitudes towards war and explores how terribly wrong everything could go.

“Gentlemen, you can’t fight in here! This is the War Room!”