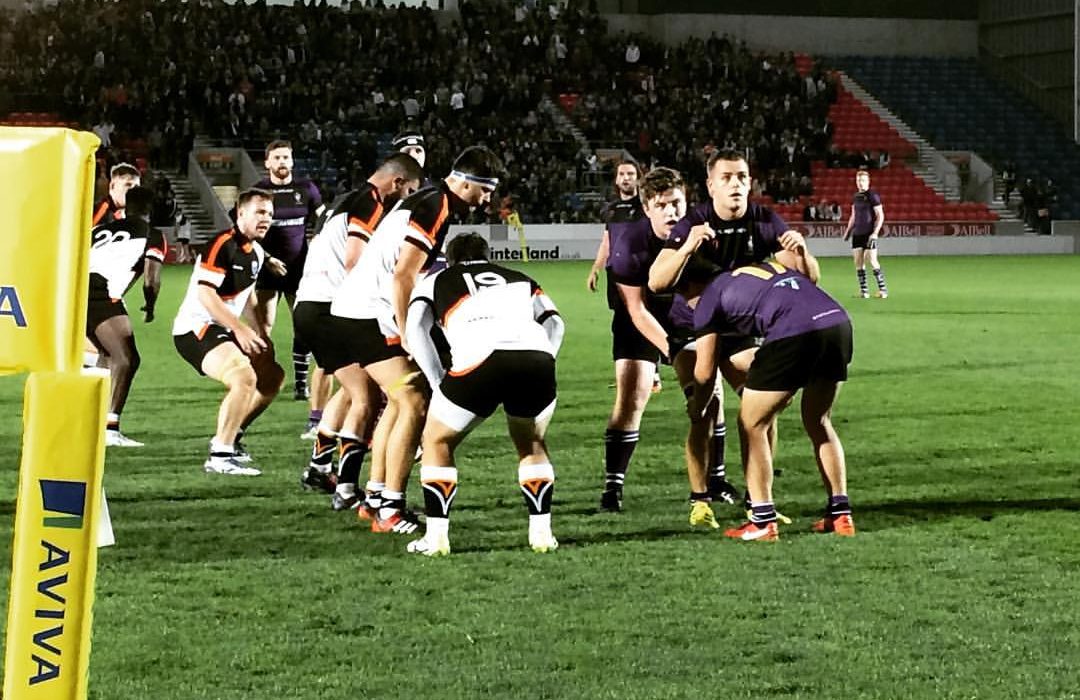 This was the first time the two teams had played each other in three years and so, as expected, the contest was billing up to be an electric one. There was also the added spectacle of the event’s recent move to the AJ Bell Stadium, new home to the men’s Aviva Premiership side Sale Sharks. With the stadium superbly lit and the temperature adding a bit of bite to the air, there was rousing atmosphere in and around the stadium.

UoM Ladies started the brighter of the two teams, working the phases and controlling possession. Fly-half Megan Grant-Harris began to dictate the game and on the 15-minute mark the ball was excellently spun down the line to find Outside Centre Olivia Ball just outside the 22. Ball was able to race away from her opposite number to break the line and score. The conversion was missed. Score 5-0.

MMU had seen barely any of the ball in the first quarter before UoM started to show off a few things they had been working on in the training ground. UoM’s forwards worked four phases in the middle of the park with a series of offloads gaining them territory before an unfortunate dropped ball in the opposition half. Here UoM were able to demonstrate their authority at the set piece. They turned the scrum on its head and the forwards rumbled towards the line. Second Row Annie Lyles performed a quick pick and go and was bundled over on 19 minutes. The conversion was missed and the score hit 10-0.

UoM displayed their elegant running rugby again as they neatly drew their men to send winger Georgie Palmer down the line, showing unbelievable pace to run 50 metres and score. UoM were brimming with confidence as the half progressed, able again to exploit defensive holes as number eight Lauren Muddiman was put in to make the score 22-0. Further gaps began to appear in MMU’s defence as they seemed to begin to tire early on. Just before half time UoM were operating as if routine, backs running hard lines, always freeing their hands for the offload and again, exploiting the ever present doglegs in MMU’s defence. Fullback Lisa Viktoria was rushed in the corner to make the score 27-0.

UoM started the second half where they left the first, spinning the ball about with ease, selfless support runners always offering themselves. 2 minutes into the second half it was inside centre Miguela Kerin’s turn to get on the score sheet, straightening play up to break through the line, step the fullback and score. UoM did, however, suffer a slight blip as MMU got a rare chance to attack. Several overlaps were almost butchered after countless phases but MMU’s tighthead was eventually sent over to make the score 34-7.

UoM scored three quick tries in succession, once again deploying their skilful, quick backs out wide as their score reached half a century on 70 minutes. Grant Harris, for the most part, unable to find her rhythm from the kicking tee as scores were not maximised but the overall tally rose to 51-7. As the game entered the last five minutes, MMU began to look depleted both physically and mentally. A couple more tries from UoM before a sensational effort from Lisa Viktoria who cleaned up a messy ball in her own 22 before racing towards the blindside and running 70 metres up the field—almost caught might I add—before touching down to make the score 72-7. One more try to add insult to injury just before the final whistle expounded a remarkable and exhilarating display by the ladies’ team in what was, in the end, barely a contest.

The outstanding display from the ladies’ team unfortunately could not be replicated by the men’s team. UoM did not get off to the best of starts as a dropped ball from a high kick off foreshadowed what was to be a clumsy, incoherent contest. MMU were given a chance to attack off their own scrum but could only reply with another knock-on. Inside the first five minutes a number of mistakes were made as both sides tried to get a grip and find their rhythm. Despite this, both sets of supporters were loud and vibrant in support of their teams and an interesting territorial chant off between MMU and UoM supporters began to develop.

MMU began to dominate possession and work the phases as UoM found it hard to get their defensive lines organised. MMU’s back line looked confident and eager to make things happen, progressing into UoM’s 22 with some neat passing moves. UoM struggled to recover the ball, looking fractured. MMU’s centre was put through on a hard line and eventually scrambled over in the corner to make it 5-0.

The resulting kick off evoked a sense of déjà vu as MMU failed to catch the ball and an attacking scrum was given to UoM. This time UoM were able to work their back line into the game, putting themselves on the front foot before the forwards showed their strength and finally an audacious flick on pass found fullback Joseff Edwards in the corner. The conversion was missed and the score was levelled at 5-5.

The game remained fractured and tight despite MMU retaining most of the possession as the half progressed. MMU won a penalty in UoM’s half and opted for a kick at goal. No doubt the stadium erupted with jeers as the kick was missed and UoM were allowed to go again from the halfway line. UoM began to get a fair share of the possession, working the phases and spinning the ball out wide to winger J. Hunt, who, after showing dancing feet, was bundled into touch and certainly let know about it by MMU players as the game began to get quite feisty for the first time.

As the half progressed on you would be forgiven to describe it as error-prone from an attacking point of view, with possession perennially handed over by both sides. Nevertheless, as the first half drew to a close it would be a disservice to UoM not to credit them on their tireless defence as they held out for a constricted half-time.

UoM came out in the second half looking fired up and raring to go, putting in a few big hits and their stamp on the game. But, like the first half, their share of possession was lacking due to frequent mistakes. It wasn’t too long before UoM conceded another penalty and were pinned back in their own 22. Several more penalties were conceded before the pressure told and MMU were able to finish off in the corner. Score 5-10 as the conversion was missed.

All UoM needed now to get in front was a converted try but, after building some momentum, number eight P. Marmoin was sin-binned. Further momentum they built was again thwarted by a string of errors and a short interlude courtesy of a couple of brave streakers. The last ten minutes of the game was all UoM as they looked for that elusive breakthrough. Hooker J. Mowatt made a good break out of his 22, UOM won a penalty on halfway and went for the corner. Unfortunately no breakthrough could be found as the ball was knocked on in midfield. The game drew to a disappointing end as UoM were ultimately unable to take control of a clumsy, tight and incoherent game to edge past their fierce rivals. 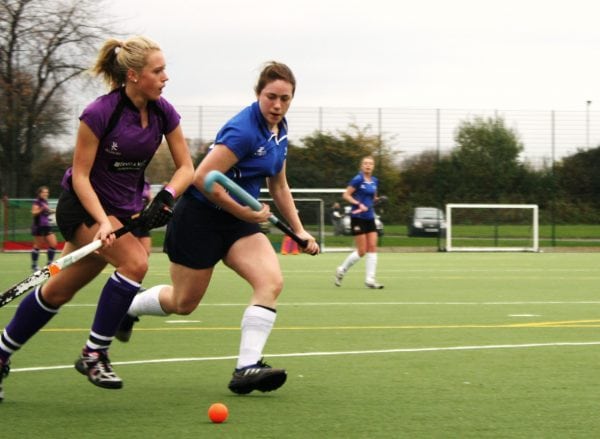 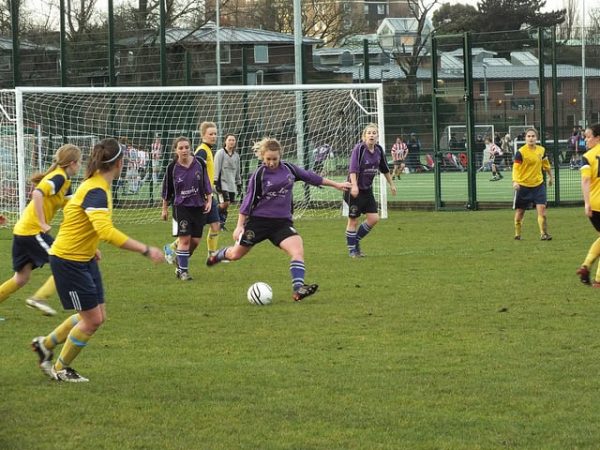