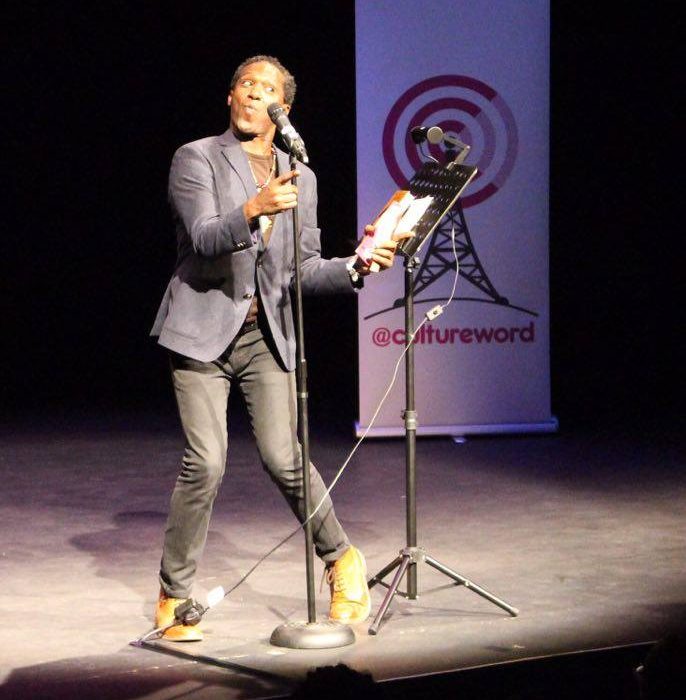 Listening to a writer recite their work is simply unbeatable. To hear how it how it was meant to be, words dripping from their mouths, and seeping into your mind.  As I opened Lemn Sissay’s new book, I wondered how reading a poem would compare to the well-documented energy of a Lemn Sissay performance.

Gold from the Stone is Lemn Sissay’s 9th book, the publication features new work and poems selected from some of his earlier publications—Perceptions of the Pen, Tender Fingers in a Clenched Fist, Rebel Without Applause, Morning Breaks in the Elevator and Listener.

The collection of poems depict the experiences of the Lancashire-born poet, who was left in the care of local authority and grew up in foster homes and care homes.  His work has featured at the Royal Academy and British Film Institute, and in 2010 he was appointed a Member of the Order of the British Empire (MBE). The recently elected Chancellor of the University of Manchester started his career at Manchester-based writing development organisation, Commonword.

The book brandishes Lemn Sissay’s way with words, whilst the poems sing tales that too often go unspoken. One of two poems commissioned for the 2013 Manchester Literature Festival appear in the book.

‘Belong’ is a rich mixture of rhetorical questions, allusions, personifications and symbolisms, all which tell the tale of someone fighting society to reclaim their identity.

Ironically this piece was commissioned to be performed at Manchester Town Hall in 2013, but with no official publication this was a must to feature in Gold from the Stone. The book was launched at Edinburgh Book Festival on the 21st of August 2016 and has since begun a book tour. If you visit Lemn Sissay’s website, you can hear readings of selected poems.

The 2016 Manchester Literature Festival offered a stage for Lemn Sissay to perform poems from his new book on the 8th of October 2016. The 8th Black and Asian Writers Conference was a celebration of diversity in writing with Lemn Sissay headlining the event at the Contact Theatre. He was supported by competition-winning writers from Cultureword performing a series of short monologues about family and adoption.

Sat in the front row in the Contact Theatre’s Space 1, the large and diverse crowd was bubbling with anticipation, and were more than forthcoming for the artist who literally demands applause.  His energetic presence contrasted to the earlier solemnly delivered monologues of Lucy Sheen, Christina Fonthes, Clair Hynes and Seni Senirend—that is not a criticism—I felt they both balanced and complimented the tone of the event.

The time between reading poems from his new book was used to engage the audience in a theatrical performance riddled with jokes and rambles, that I thought seemed to go off topic, though I soon realised that the only topic up for discussion was Lemn Sissay himself.

The brutal honesty in which he divulges the details of his early life was a sobering contrast to his animated and intoxicating performance. I felt this helped to humanise the poet, at one point he seemed to struggle with the orientation of the sheet-holder his book sat on, this of course became a 5 minute comedy sketch on its own.

Although, I was left wondering if this was a manifestation of his true emotions, to be stood on stage in front of hundreds of people as he spoke about the most painful parts of his life. I often felt I was being told an embarrassing secret—adoption, identity, family, change—these can be difficult subjects to tackle. Lemn Sissay does not just do this well, he proves that it is possible and he takes pleasure from doing so. I felt honoured to read and to hear Lemn Sissay’s words, for here, a troubled soul shares and bares all with the rhythm and skill of a Jimmy Hendrix ballad.

The champion quality of Gold From the Stone is the way it brings you into the author’s life. Gold From the Stone is a tribute to the fighting spirit one strives for, confronting you with a lost and confused child, making you laugh at the saddest of scenes. Lemn Sissay’s book covers a range of issues and whether it be a love interest, friend, foe, or city, his words are humbling and humorous. 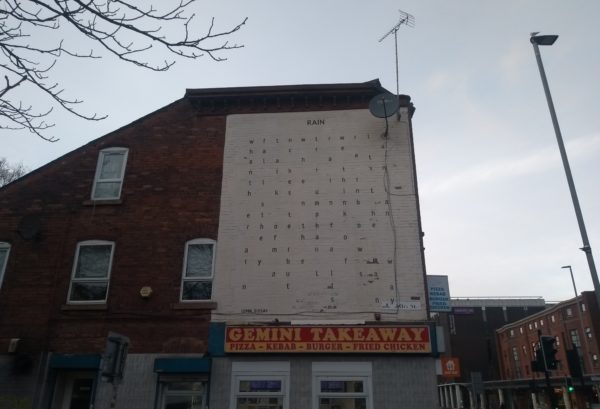