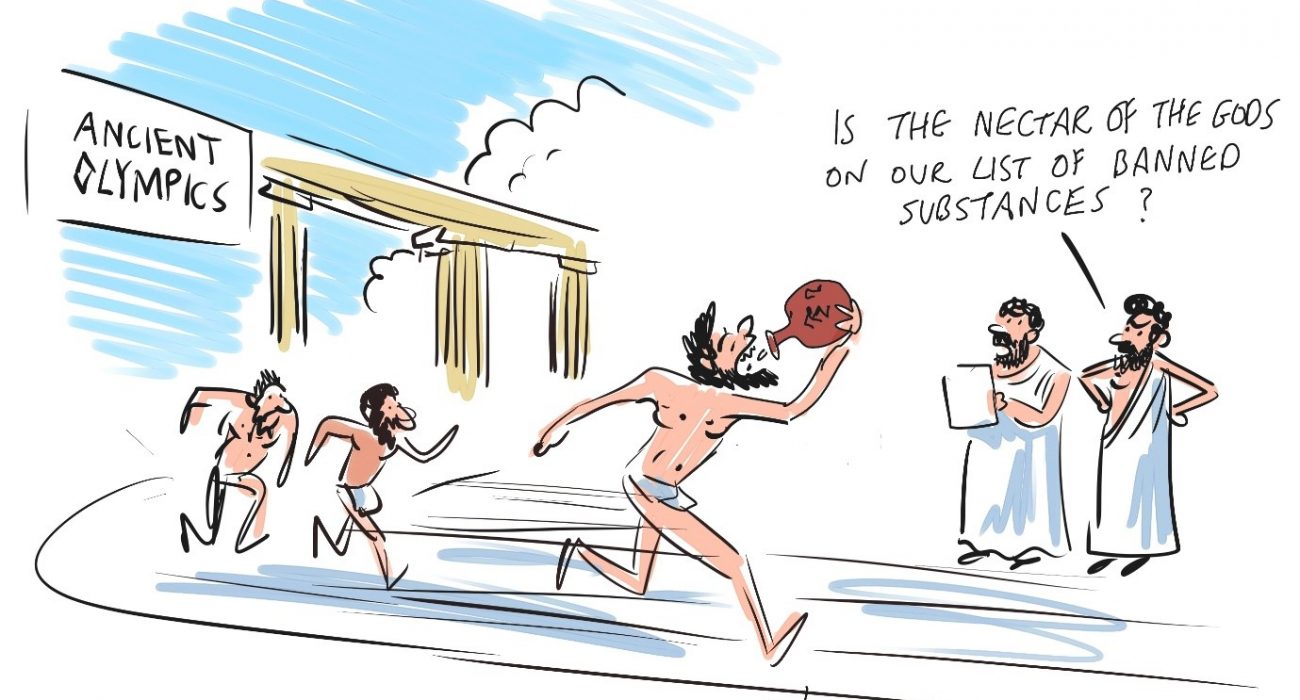 Should doping be legalised?

Athletes doping in sport is as old as sport itself; Ancient Greek sportsmen and women ate and drank various substances that were believed to have enhanced performance, giving them an advantage over their opponents. Humans have always striven to push the bounds of what is possible—that is what is beautiful about our species.

However, doping as we know it nowadays is undeniably cheating and therefore, immoral. Performance-enhanced athletes are deceiving spectators who are prepared to be dazzled by the beauty of a human’s natural ability, by breaking the rules. With scandals like Russia’s state sponsored doping scheme and Maria Sharapova’s medical ‘slip-up’ emerging in the press all too often, is it not time to alter the rules to incorporate this overwhelming number of athletes? Until technology is advanced enough to successfully catch all doping athletes, this may be the only solution.

If rules were changed to make doping transparent, then it would no longer be deemed cheating. Allowing this would arguably get rid of the beauty of sport and the chance for an audience to watch an athlete pushing themselves to the limits of un-enhanced human capability; you would no longer be watching the ultimate Wimbledon final between Rafael Nadal and Roger Federer, but a clash between Zeus and Mars. But would this be a bad thing though if it meant that months down the line you did not, as a spectator, feel totally deceived by a sporting event that you thought was real but has just been deemed a total lie by the front cover of the tabloids?

Anti-doping agencies have banned across all sports certain substances that are believed to enhance performance, in an attempt to ‘level the playing field’. Even if these regulatory bodies were successful in their attempts to clean up sport, the playing field would still very much not be level. Athletes can seek advantage over their opponents in multiple ways that are deemed legal; hypnosis, acupuncture, sleeping in oxygenated tents, not to mention constant technological advancements. What happens then to the less wealthy countries who cannot afford to ‘tweak’ their athletes as close to the legal line as possible? Are they then supposed to rely on pure natural ability in order to just keep hot on the tails of their opponents—surely a dated concept?

A professional athlete’s livelihood depends on winning and for those that are clean, facing drugged-up opponents pretty much eliminates this possibility. Athletes are then faced with a moral dilemma: stay clean and have almost no chance of success, or dope. To add to the pressure of doping is the likelihood of not getting caught, one survey in 2015 estimated only a 2 per cent chance of being caught out—and psychologist’s studies have shown that the less likely you are to be caught, the greater number of cheats there is. This would regretfully suggest that the doping scandals we hear about are only the tip of the iceberg.

At the moment athletes are prepared to go to any means possible to enhance their performance in order to keep up with the opposition, often self-administering the drugs they or their trainers have obtained from unknown sources. If doping was to be legalised then drugs would be properly administered and athletes would no longer have to delve into this perilous underground world, risking their long term health and reputation.

Not only would legalising doping eliminate the risk factor, it would actually make sport fairer. Although this may sound counter intuitive, if an international body was to distribute performance enhancers, then everyone would have access to the same drugs in the same quantities, therefore levelling out the playing field.

Doping is a complex moral issue but one which increasingly needs addressing or we risk totally losing the enjoyment we get from watching organised sport or perhaps, which nobody wants, losing it altogether. While the rules that stand are continually being broken therefore leading to injustice, they should be changed.