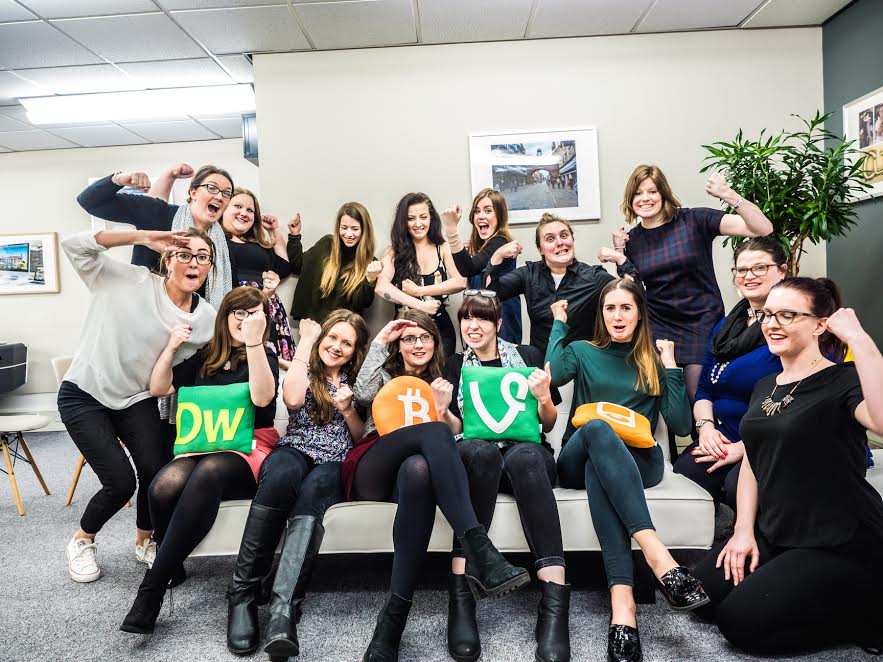 Gender imbalance in technology is a worldwide issue, with only 26 per cent of digital industry jobs occupied by women and only 16 per cent in IT. It is thought that by 2040 this gap will only increase, with only 1 per cent of the tech industry being female.

The OMG! Girls in Tech conference is a collaboration between three North West-based companies determined to break the stereotype of women in tech: Clicky Media, an award-winning web design and digital marketing agency, Liverpool Girl Geeks, a group of female-only tech experts, and UKFast, one of the country’s leading web server hosting companies.

The event, ran by an all-female team, has been “designed to discover talent, develop skills and kickstart careers in the digital and tech industries” and “presents a fantastic opportunity to expose young women to the unique and exciting opportunities that the tech industry has to offer.”

The free-to-register conference will be held on the 28th October, running from 9.30am to 5pm, at the UKFast campus in Manchester.

Aside from keynote speeches from Kate Willard of The Stobart Group, and Oliver Yeates and Sam Gadsby of Clicky Media, workshops will be held throughout the day. These include everything from building your own brand, marketing and social media to virtual reality.

Oliver Yeates, CEO of Clicky Media, which is one of the fastest growing media agencies in the North West and is at the forefront of the supporting women in tech, spoke to The Mancunion about the company’s involvement in OMG! Girls in Tech and the fight for equality in the industry.

Clicky Media is unique in its industry, as 50 per cent of its staff are women. Mr Yeates commented that he acknowledges the effect a male-dominated environment can have on a company, noting that this environment can be quite off-putting to women, and that he has found that a gender “imbalance doesn’t make for a very cohesive team”.

He also added that the digital industry is growing faster than most parts of the UK’s economy and “if we increase women’s clarity it would add £2 billion to the tech economy which is another reason people are trying to make a difference.”

Mr Yeates said he hoped the event would be different in that they will not only “spark some imagination” of what women can do by working in technology but by bringing examples of “some distinct paths for women to enter the industry”.

Recognising that is a stigma around this topic, he says: “It is ingrained culturally that boys are better at tech”, and emphasises that we should “be capitalising on [young adult females] who are undecided” in what career they want to pursue.

“Many girls express an interest from a young age and yet, currently, only 7 per cent of girls take computer studies at A level and only 17 per cent of those studying computer science in higher education are women.”

He said: “It is never too late to change if you have a passion for it… [we] hope that the exceptional line-up that we have planned for the OMG! Girls in Tech event will be the catalyst for change.”

Chelsea Slater, speaking for Liverpool Girl Geeks, has said: “It is so important for young girls to recognise all of the opportunities there are in the digital and tech space and this is the perfect arena to do it. As well as getting ‘techy’ with code, we will be raising the girls’ confidence, introducing them to mentors, and showcasing girl geeks from the North to help them thrive within the industry!”