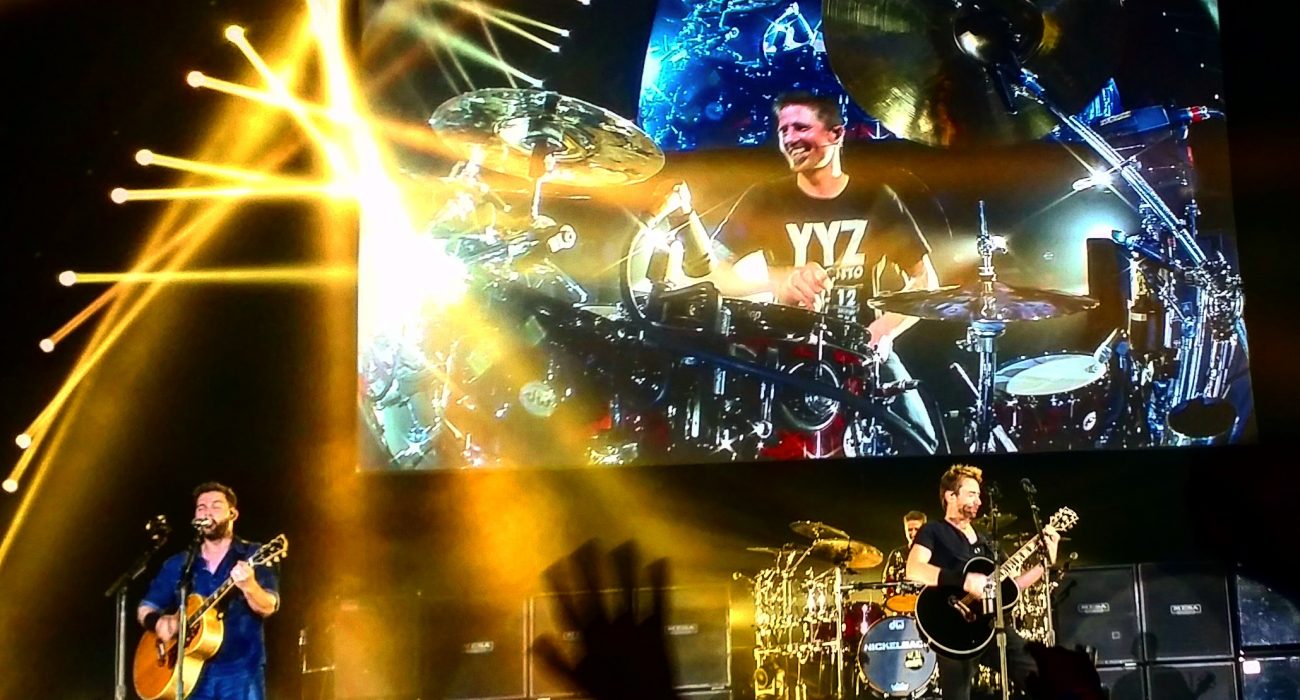 Nickelback: the only band I know who have had research dedicated to investigating why people hate them (yes, really). Yet, speaking as one of the many sardines packed into Manchester Arena, Nickelback are a far cry from whimpering their swan song. With an endearing level of sincerity, Nickelback were a flurry of strutting prowess, jagged-edged rock and euphoric ballads.

Following the flames conjured by the demonic rock angels in Monster Truck, Nickelback took to the stage with the rallying cry of ‘Edge Of A Revolution’. If fans were not suitably warmed up by Monster Truck’s support set, the baying of the hounds had truly begun now. Nickelback’s setlist soon dived into stripper pole raunch with crowd pleasers ‘Something In Your Mouth’ and ‘Animals’. Under the impressively commanding demeanour of frontman Chad Kroeger, Nickelback thereafter submerged the crowd into a deep pool of ballads like ‘Far Away’ and ‘Lullaby’.

Whilst this midsection of slushy rock was played to the point of saturation, it succeeded in punctuating the eventual return of their hard liquor rock riffs with an almighty crunch. Nickelback’s performance was far from jaded, and it was a genuine pleasure to witness their pearly whites lighting up the stage as they bathed in the voltage coursing through the arena.

Sadly, Nickleback wavered in integrity with their encore addition of Foo Fighters’ ‘Everlong’. Question marks levitated over gig-goers’ heads as they tried to comprehend the unsettling U-turn in momentum. The band’s onstage chemistry was also perplexing: a band of brothers between songs, yet during songs they were four pieces of different puzzles. Nevertheless, whilst often dismissed for flailing authenticity, Nickelback were refreshingly free of smoke and mirrors in a world currently drowning in them. Go, listen to them. I dare you.