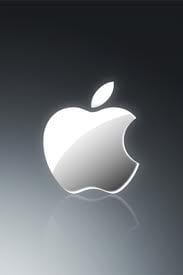 Late into October, Apple held another event at their campus in Cupertino, with the focus on the anticipation of the new MacBook Pros, rather than the yearly iPhone refresh. It has been years since the last major change to Apple’s most powerful laptops with the introduction of the Retina Display, third-generation design back in 2012. The new MacBook Pros unveiled at the event came in three forms: A 15-inch version with the new Touch Bar input, a similar 13-inch version, and a variant on the 13-inch that has less ports and no touch bar, and is somewhat less powerful.

Macs have long been seen as the stereotyped option for students and creatives, but with the release of this new touch bar, fourth-generation design and vastly increased price in the UK, the question is raised: Is Apple still one of the best options for university students?

I spent my undergraduate career working on a MacBook Air and, after spending years on a worn out Windows 7 laptop, it was a much welcome change and improvement. I am not getting into a PC/Mac debate here, but basic things such as vastly improved battery life, a better screen, faster processing and more storage are things which everyone looks for in a computer. This is especially the case if their course requires use of intensive software.

The MacBook Air used to cost around £1,000 (depending on specs) and after the deduction of Apple’s student discount, which if used before the academic year begins, could get you extra free things such as iTunes gift cards or even Beats wireless headphones. Whilst not the most affordable choice for everyone it was still a viable option for many, and a good use for part of your student loan.

With these new models however, the situation has changed. Going into postgraduate study I needed to get a more powerful laptop, especially since my old MacBook had begun, like any computer, to develop a few issues of its own over the years. New models of the MacBook Pro had been rumoured for a long time, but part of the story that kept cropping up was that certain ports would be removed. Due to this I thought it best to buy one sooner rather than later. After saving for quite a while, and getting some money as a graduation gift, I sold my old model and upgraded. I am incredibly happy that I did.

The new, fourth-generation of 13-inch MacBook Pro begins at £1,449 and has a headphone jack and two USB-C ports; no touch bar or ports for standard USB or SD Cards. It is also a bit of a joke that, if you have an iPhone, and want to plug it into the new MacBook Pro, you have to buy a whole new cable (which Apple will be happy to sell you). After going through the specs on this basic models with no upgrades (I won’t list them here), the price you are paying starts to seem quite inflated, even after student discount. My own third-generation MacBook pro did not cost as much and is far more  powerful.

As the reviews of the non-Touch bar model have come out, a number of them describe Apple’s newest piece of hardware as a great product and a symbol of a better future where you will only need one port to cover everything. But that future is not here yet, so on top of the higher cost, numerous dongles will also be required. There has already been some outcry from photographers and media designers at the removal of the SD card slot, so if your course is in one of those fields, it is probably best to look elsewhere or wade through a growing collection of cable you will need over time.

So why not just buy the older generation as its better value for money you might ask? Apple have discontinued most of their older Pro and Air laptops with these new releases, but you can still get the 13-inch model of the previous Pro. It is here though that the key issue arises. After going on their website and upgrading the specs of the laptop I bought only a few months ago, the price has increased by hundreds of pounds both before and after student discount.

This ‘adjustment’ of price is not overly unusual in changing global markets, in particular now as the Pound has significantly dropped due to Brexit, but the question is raised: How does this affect students looking for a new laptop or those coming to university for the first time? For the vast majority of us this is perhaps too great a change. At those prices both myself and others would no doubt begin to look elsewhere, and for the past few years Windows laptops (especially since the release of Windows 10) have become a viable alternative. This is also the first time I can think of that a new Apple product has been announced and, within days, numerous tech media websites such as The Verge and TechnoBuffalo have published articles on good (or perhaps better) Windows alternatives to the MacBook Pro. With Windows there are always some cheaper options for other manufacturers as well such as Dell and HP. Whereas with Apple, the line-up you seen is the one you, and your wallet, has to deal with.

Perhaps a more worrying concern from this situation, and both the Apple and Microsoft events that occurred last week reinforce this, is the increasing price of computers overall. In an article published recently by The Verge’s Vlad Savov describes a future where the PC market will revert back to the past. Computers used to be a niche, expensive product and not everyone had one. Over time, prices decreased and almost all households now have one. But if everyone has one, who is buying them? In order to keep profit margins stable, prices will increase to balance against the decline in sales numbers. This has already been seen at Apple with the introduction of the 12.9 and 9.7-inch iPad Pros, which are much more expensive than previous models, balancing against year-on-year declines in tablet sales.

So this situation may not be limited to Apple within the next few years, but as for right now, it seems to be. Perhaps the glowing Apple logo will become less common around our lecture halls and seminar rooms in the years to come.