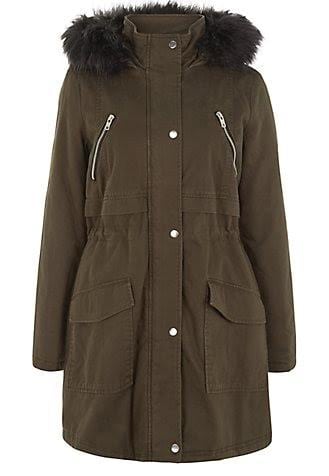 A hundred years ago, the world was in the midst of the Great War. It was a war that saw the evolution of military weapons dramatically accelerated, and millions of men dead or wounded in catastrophic circumstances. It was also the war that enabled women a greater liberation than they had ever experienced before.

Whilst the modern standpoint views the First World War as an unthinkable carnage and waste of human life, it was, at the time, immensely popular amongst civilians. Men excitedly signed up to defend their country whilst many women watched and waited as their brothers, husbands, sons, and fathers marched off to the Frontline.

However this time was also that of the suffragette, the rise of female empowerment and their offensive domestic tactics. The widespread bloodshed and seemingly endless number of lives lost called more and more men away from their professional duties and towards a crash course in military combat. Therefore, hundreds of thousands of job posts were abandoned, with an easy —

yet for many incomprehensible — solution: female labour.

Following the constrictions of the out-dated, stereotyped Victorian gender roles, women sought greater liberty, the right to vote, and the right to have their voice heard. Therefore, thousands leapt at the opportunity to prove their worth in the absence of Britain’s male workforce. From work in industrial sectors, munitions factories, and even on the Frontline as ambulance drivers and nurses, women across the country stepped up to the mark and shocked the world by proving that women can work just as well as men.

At Manchester Art Gallery, the exhibition Fashion and Freedom: 14-18 NOW celebrates the role women played during to the First World War, the liberty they fought for at the start of the twentieth century, and the evolution of fashion as a result of this advancement towards gender equality.

The exhibition cleverly incorporates a variety of sectors. There are designs that envision female oppressions, including a representation of the metaphorical padlock upon a woman’s voice and a dress demonstrating the confines of corseted clothing through a wooden structure and angular features.

In addition to these, some designers chose to rework the uniforms of men into dresses, such as those resembling parachutes or flying outfits. Alongside these sit shocking representations of the work of Canary Girls, whose skin was dyed in munitions factories from long exposure to hazardous chemicals such as sulphuric acid.

Whilst the exhibition is small, filling one room alongside a viewing area to watch related fashion videography from SHOWstudio, the information and designs are extensive and immensely varied. The designers also range from recent graduates of universities including Manchester Metropolitan and Salford to the unmistakable designs of Vivienne Westwood, Holly Fulton and Sadie Williams. These contemporary pieces then stand amongst historical designs, including pain-inducing Victorian corsets and intricate flapper dresses.

Whilst the dress designs moved me, I was spellbound by the SHOWstudio videos. A collection of four greatly contrasting films, one entitled Edith effectively demonstrates women’s break from patriarchal control through the strenuous removal of a corset designed by Phoebe English. It is nothing short of cinematic beauty as it tells the story of fashion’s ability to reflect upon societal discord but also Britain’s steps towards a greater equality for women.

The modern designs and contemporary footage allow a deeper connection for our generation to participate in the horrific experiences of war from the female perspective. It narrates the significance of the First World War upon contemporary fashion but also successfully allows the modern viewer a chance to see the evolution of gender politics to what we experience today. It is a must see.