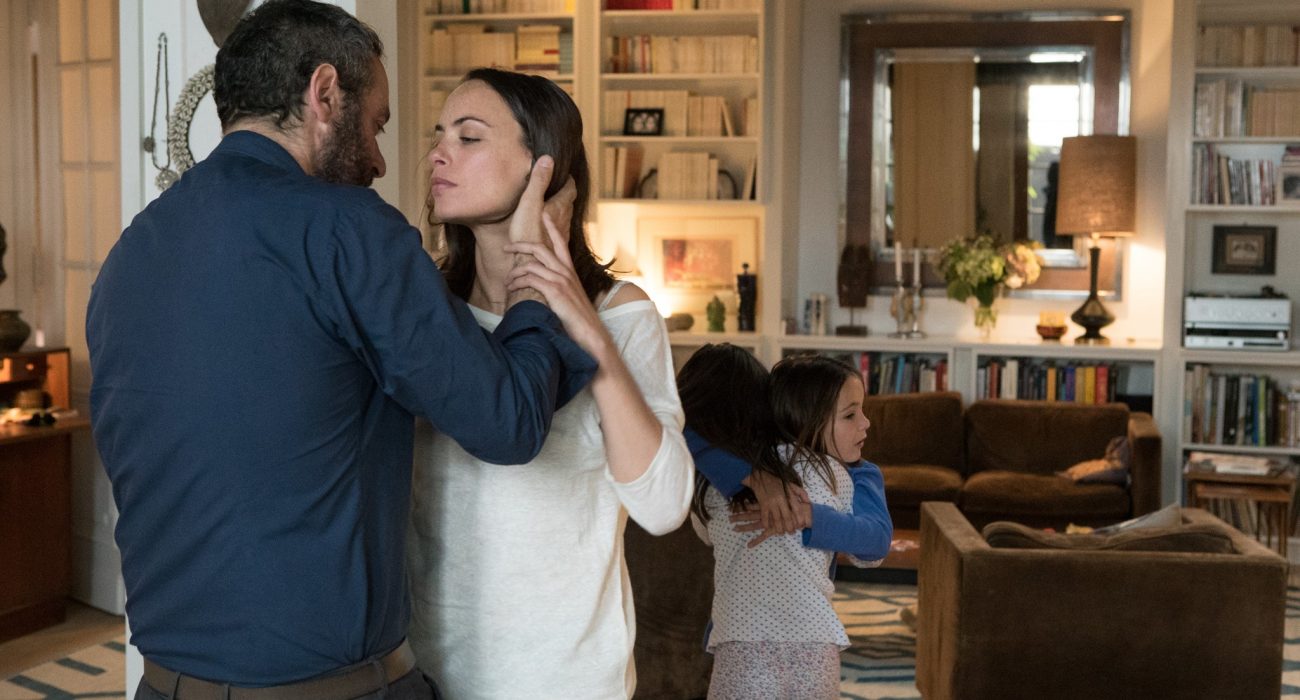 L’economie du couple — translated as After Love — hides no subliminal meanings in its title. In evoking a sense of pastness, the translated title benefits the overriding themes of melancholy in the film. Yet, behind the self-explanatory title, one finds a still introspective look into a domestic space that has plummeted from the dizzy heights of love into the realms of despair and hatred.

Set in the elegant home of divorcing couple Marie (Bèrènice Bejo) and Boris (Cédric Kahn), Joachim Lafosse’s ninth feature does not shy away from outlining the complications and degeneration of divorce and love. Both Marie and Boris have invested significant time and money into their outwardly idyllic home for their two identical twins, Jade and Margaux (Jade Soentjens & Margaux Soentjens). Boris, an architect, has designed and constructed the house himself, whilst Marie has paid out of her parent’s trust fund for all bills and materials used by Boris in the house’s construction. The fundamental crux of the divorce settlements lays in an even share of the house’s sale money — to which Marie is less than happy to do. This crux also serves as a narrative deterrent to siding with either Boris or Marie as both parties have applicable claims for more money than originally proposed.

Within the mise-en-scene, Lafosse chooses to adopt luscious peaceful whites in the home as a juxtaposition towards the internal struggles found in the adult’s divorce. However, both Bejo and Kahn give composed performances as the eponymous couple who have fallen out of love. The tender care that was once held between the two is there to see in the literal creation of their daughters, but more important can be felt in the numerous peculiar interactions between the two — including an unexpected sexual encounter. The subtlest of body movements in Bejo and Kahn’s performance depict Marie and Boris’s resentment towards their precarious situation. Still, their former love is captured in a poignant diegetic dance sequence, alongside their two charming twins. One of the film’s most powerful scenes, Lafosse channels Girlhood in a liberation and an expulsion of narrative and deep personal tension in this sequence. Modern life, in this instance, has dealt them a very bizarre and unfortunate hand.

Cinematographer Jean-Francois Hensgens delivers a striking suture into the couple’s life that alongside the natural deliverance and writing of dialogue delivers verisimilitude. In this reality, arguments between the couple, which vary from banality to the contemplative, are built towards effortlessly. For most of the duration, Hensgens and Lafosse make a conscious effort to avoid cutting away from the house itself. A significant lack of quick editing or long shots presents a tangible element towards the tension between Marie and Boris. In the latter stages of the narrative, however, a movement away from the household is formed.

Not only does this impact an overall reception of the film, but impacts a critical one. Lafosse’s inability to retain his initial artistic approach degrades the film, alongside its conclusion. Using a soft piano score — which is now a cliché of French cinema — also approximates criticism. Although this contributes to despondency, its incorporation feels somewhat tiresome in our cultural moment of art-house cinema.

What After Love shows us is the sheer destruction of a modern day divorce. Transgressing a Disney fairy-tale view of life and love, Lafosse’s world is unsympathetic and degrading to the individual. The verisimilitude at hand contributes to a complexity in the film; one that confronts its subject matter head on. Adult life is difficult, and After Love is not afraid to show this. Its courage of subject matter and overall execution make it a necessity to be viewed and discussed in light of recent cultural moments.