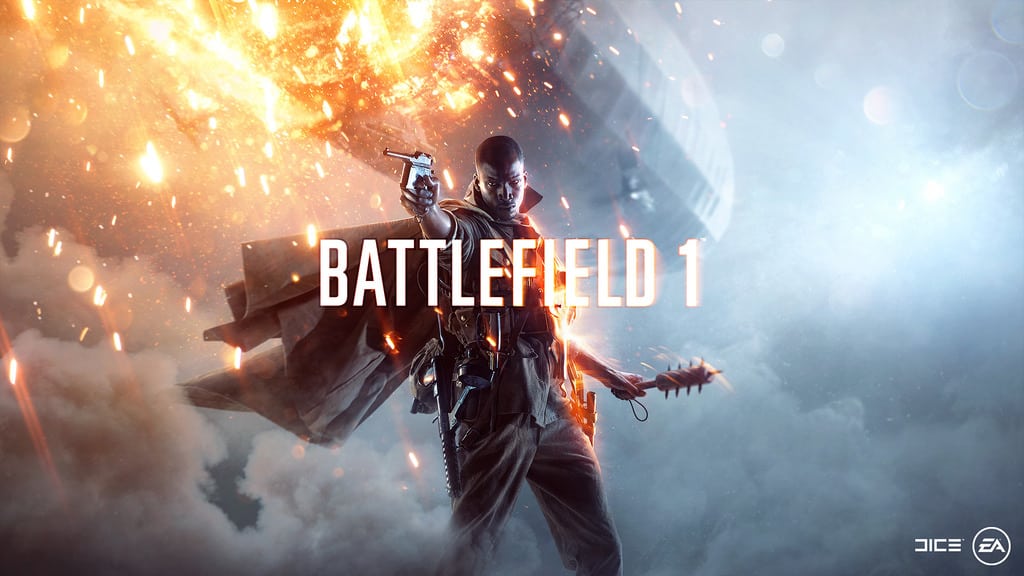 EA and DICE are back once again to take over our screens with their latest release, Battlefield 1. Set amongst the desperate strife and bloodshed of World War 1, the game tackles a period all too often neglected by game developers. However, it does this flawlessly, creating a unique style of game play while simultaneously shaking up the world of first person shooters. The winning combination of dynamic large-scale warfare and objective driven game play returns in this instalment of the battlefield franchise, creating jaw dropping theatrical battles that will leave you in awe and most definitely wanting more.

Battlefield 1’s campaign is short but sweet, consisting of seven separate story lines. Each of these serves as a poignant reminder of the human side of a conflict that claimed the lives of over 17 million people. Despite this range of stories, the missions were far too short to develop any kind of emotional attachment with the different protagonists and I often found myself skipping scenes just to get back to the action. The story is littered with interesting insights into some of the major battles that took place during the war, but this isn’t enough to realise the true potential that the campaign had.

DICE clearly tried to stress the truly global aspect of World War 1 by shifting the focus away from the trenches and onto numerous unexplored conflicts that raged across the world. This has allowed the developers to produce some visually stunning environments, which in true Battlefield style are almost completely destructible. Expect to see everything from Sikhs fighting for king and country, to Arabs revolting against the Ottomans, or even the Harlem Hellfighters showing the role of black troops during the War. There’s no Hollywood whitewashing here.

Missions are linear, with players being directed from checkpoint to checkpoint with very little truly emotive story telling in between. This left the campaign feeling more like an extended tutorial, with each story line focusing on teaching you about the different features of the game such as vehicles or tactics to prepare you for playing online.

Now we come to Battlefield 1’s main selling point – the online element of the game. With up to 64 players in one match, Battlefield 1 provides countless hours of entertainment in which no two rounds are ever the same. DICE have kept their class system, offering four choices: assault, medic, support and scout. Each with their own advantages and limitations, allowing players to tailor their load-out and tactics to suit their playing style. The EA servers run smoothly once you make it through the loading screens that last for what feels like an eternity. There are still a few issues with the matchmaking, and some loitering bugs remain, such as flying tanks or planes that float in the air after crashing, but these are rarities that hardly detract from the immersive and beautiful maps of Battlefield 1.

The numerous game types on offer make clever use of the relatively limited number of maps that come with the game. Splitting maps into segments and restricting game modes such as domination to them produces fast-paced, exhilarating game play that’ll keep you on the edge of your seat. The game mode ‘Operations’ is a personal favourite, allowing players to attack or defend objectives at each segment as you battle across a map. Destructible features and dynamic weather can change a map in a matter of seconds. Fog can roll in at any moment to reduce visibility to a matter of metres, forcing players to adapt tactics accordingly; you better have that shotgun at the ready.

Many developers would have fallen flat at the task of incorporating a restrictive old-school arsenal into a modern first person shooter. Yet EA and DICE do this perfectly and, most importantly, it hasn’t been done at the expense of the fluid and fast paced game play that the Battlefield franchise is known for. Many weapons, however, do require a certain level of skill on behalf of the player, but once mastered they provide hours of entertainment. Nothing beats a perfectly placed head shot from halfway across the map with a rusty old bolt-action rifle or, if subtlety isn’t your strong suit, why not charge your enemies from horseback while wielding a sabre?

Battlefield 1 is the historical first-person shooter that the market has been crying out for. EA’s decision to head off in the opposite direction to other market leaders has proved an undeniable success. If you’re looking for a visually stunning and realistic shooter that requires a little more skill than button mashing then look no further. Battlefield 1 is undoubtedly the new king of the genre.