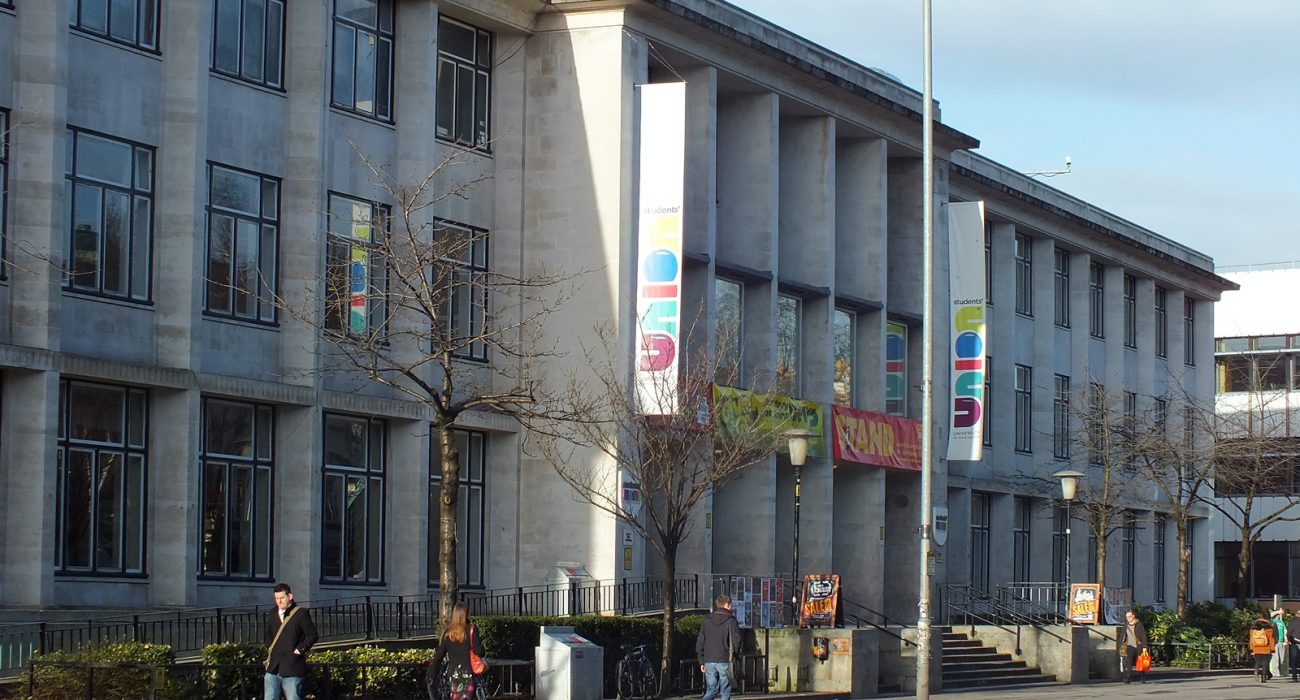 The Students’ Union’s final Senate meeting of the year passed one of their most hotly debated motions to date, as the delegates voted to officially endorse the Boycott, Divestment and Sanctions (BDS) campaign, in front of a packed and vocal audience.

Unusually for Senate, the vote was conducted under secret ballot rules, and the organisers placed extra emphasis on student safety during the debate.

However most students will probably still be unaware of what the BDS campaign actually is, and why it is proving so controversial. To its supporters, it is the most effective means of ensuring peace in the Middle East, and its most ardent critics regard it as impractical or thinly veiled anti-Semitism.

The BDS campaign was founded in 2005 with the aim of ending Israeli occupation of the Palestinian territories.  They declared: “We, representatives of Palestinian civil society, call upon international civil society organizations and people of conscience all over the world to impose broad boycotts and implement divestment initiatives against Israel similar to those applied to South Africa in the apartheid era.”

Supporters of the campaign believe that this will be the only way to force Israel into negotiating a peaceful solution to a conflict, which dates all the way back to the 1940s, and they have garnered some significant support from celebrities and rights campaigners.

Archbishop Desmond Tutu stated in 2014 that: “I know first-hand that Israel has created an apartheid reality within its borders and through its occupation. The parallels to my own beloved South Africa are painfully stark indeed.”

Prior to the Students’ Union adopting BDS, it had been endorsed by a number of other organisations in the trade union community. The NUS, the Trades Union Congress, and Unite have already declared their support for the movement in the last couple of years, along with other such groups around the world.

However, this campaign is not without its controversies, as was evident at the Senate debate.

One area of contention is the precise nature of the boycott. Many British organisations that have endorsed BDS — including all the unions mentioned above — have stated that they only wish to “boycott the goods of, companies who profit from illegal settlements, the Occupation and the construction of the Wall”. The University of Manchester BDS campaign said in a Facebook video after the vote that they were calling on the University to “fully divest from all the companies associated with Israel’s war crimes.”

Palestinian Authority President Mahmoud Abbas has also endorsed a partial boycott of Israel, saying in a speech in South Africa in 2013: “No, we [The Palestinian Authority] do not support the boycott of Israel… But we ask everyone to boycott the products of the settlements. Because the settlements are in our territories. It is illegal.” This halfway position often means there is dispute over his position. As evidenced by the fact that the anti-BDS leaflets handed out at Senate contained the first part of the quote, and a pro-BDS speaker read out the second half of the quote.

The reason this is controversial is because the global BDS movement — as is shown in their founding statement — wish to boycott Israel in a “similar [way] to those applied to South Africa”. The boycotts against South Africa were a total boycott of all products, therefore this also implies a total boycott of Israeli products.

As one anti-BDS speaker pointed out in the debate, the Senate motion was also “to endorse the BDS movement”, so any assurances to Jewish groups that it would only be a partial boycott could be seen as being contradicted by that statement.

On the same day as Senate passed the motion endorsing BDS, Germany’s largest political party — Angela Merkel’s Christian Democratic Union — officially opposed BDS.  “Who today under the flag of the BDS movement calls to boycott Israeli goods and services speaks the same language in which people were called to not buy from Jews. That is nothing other than coarse antisemitism,” the CDU said to The Jerusalem Post.

The Anti-Defamation League — America’s largest anti-Semitism watchdog — have also denounced the boycott of Israel. They state that: “The delegitimization of Israel is at the heart of contemporary anti-Semitism. BDS is one of its most visible and dangerous manifestations.” The ADL further added that: “ADL is committed to…working to strengthen the democratic, pluralistic Jewish state.”

One anti-BDS speaker at Senate argued that “participation in BDS will make me personally, and other members of JSoc [the University of Manchester Jewish Society] feel unsafe,” and another said that “a lot of Jews on campus don’t feel comfortable saying ‘I am Jewish’.”

The BDS campaign do, understandably, refute that they are prejudiced in any way, and state that they are welcoming and inclusive.  The leader of the BDS movement at this university Huda Ammori, who put forward the motion, claims the movement has “mass support from members of the Jewish community” and that there are Jewish students on the BDS committee.

Moreover, a pro-BDS activist ran for the Presidency of the Union of Jewish Students this year, coming last in the ballot, winning 89 out of the total 1,049 votes.

It is also, of course, entirely possible to also be supportive of Israel and still be treated with suspicion by Jewish communities. Jonathan Freedland wrote in The Guardian in November that despite Donald Trump and Norbert Hofer’s vocal support of Israel, they are being given a very cautious response by Jewish groups. Writing that: “European Jews learned long ago: that nasty rightwing nationalists can be pro-Israel — for reasons utterly alien to Jews’ own feelings about the country.”

Dr Jean-Marc Dreyfus of the University of Manchester’s Centre for Jewish Studies summed up what he saw as the nuances of the whole issue. He stated that “obsessive anti-Zionism can be similar to anti-Semitism, can replicate old antisemitic patterns and measures”. However he also added that: “anti-Zionism remains to my view different from anti-Semitism but it is the responsibility of pro-Palestinian activists (some of them being of Jewish origins) to clarify. Which they fail to do at the moment, I am afraid. Which is for the greatest benefit of the Israeli nationalist right, who is always eager to use this argument to disqualify pro-Palestinian groups.”

All of this shows that Israel-Palestine conflict is of course a very complex issue, and this is very much the tip of the iceberg.

During the Senate debate, as is common at most BDS events, comparisons were made by pro-BDS speakers between Apartheid South Africa and Israel. BDS often use the slogan “Boycott Israeli Apartheid” and organise the Israel Apartheid Week.

As has already been mentioned, many within the BDS campaign see the struggle in Palestine and South Africa as broadly very similar, and therefore warranting the same approach.

Veteran anti-Apartheid campaigner Ronnie Kasrils commented in The Guardian in 2010 that “the boycott and sanctions campaign ultimately helped liberate both black and white South Africans. Palestinians and Israelis will similarly benefit from this international non-violent campaign.”

However, opponents see this is as unhelpful oversimplification of one of the most complex conflicts in human history. Many activists, including Israel’s highest ranking Arab Israeli Army officer, Major Alaa Waheeb, have spoken out against the Israel-Apartheid comparison: “Forget for a second (BDS supporters would like you to forget permanently!) that 20 percent of Israelis are non-Jewish, have full rights, and are represented throughout society,” Waheeb wrote in The Jewish News in March 2016.

The academic boycott of Israel has also caused some concern from those opposed to BDS.

The official BDS policy on Israeli universities is that: “For decades, Israeli universities have played a key role in planning, implementing and justifying Israel’s occupation and apartheid policies, while maintaining a uniquely close relationship with the Israeli military.”

The Manchester BDS campaign also stressed their commitment to campaigning for the re-twinning of the university with An-Najah University in the West Bank.

Though the only Israeli university mentioned in the motion was Technion — Israel Institute of Technology, some argued during the debate that by publicly endorsing BDS, they were also endorsing the total boycott of Israeli universities.

Some have argued that this boycott will also stifle healthy debate, which they believe will hinder the peace process. Joanna Williams, Education Editor of the free speech journal Spiked, wrote that “BDS campaigners assume that challenging the denial of rights to Palestinians trumps academic freedom. This falsely assumes academic freedom competes with, rather than complements, other rights.”

Dr Dreyfus shared a concern about the motion shutting down debate: “In a time of political and economic uncertainty, we need more debates, more open discussions, more exchanges. Campuses, and especially European campuses, where we are far away from the conflict and priviledged to live in peace, should be spaces for discussions, even if they are sometimes difficult [sic].”

A number of opponents of BDS have also called into question how practical a boycott would actually be.

Companies specifically cited as being the focus of attention for BDS include Allianz, Intel, G4S, and Hewlett-Packard (HP).

A leaflet handed out by the BDS campaign at the Senate debate.

Of those companies, the one which immediately seems impractical to boycott is Intel.  The vast majority of computers use Intel processors, and the company had an 87.7 per cent share in the processor market in the fourth quarter of 2015. Most of the computers in the Students’ Union — including all of those in The Mancunion office — use Intel processors. Replacing every single computer in the Union could be seen as a very costly and disruptive endeavour.

The Manchester BDS campaign do admit that this would be impractical, and that for this, the focus would be in divestment over boycotting. They stress that it is the institutional and investment links with the companies that they are opposed to. Similarly in relation to HP, Ammori said that “we [Manchester BDS] are not calling for the dismantling of every HP printer”.

The closure of a SodaStream factory in the West Bank was also hailed as one of BDS’s major victories. The company had been operating a plant in the West Bank, and had come under fire from groups for their links with the area. Most notably, Scarlett Johannson was dropped as an Oxfam ambassador after she appeared in an advert for SodaStream during the 2014 Super Bowl.

However, anti-BDS campaigners have taken issue with this, pointing out that many Palestinians lost their jobs when the factory was moved over the border to Israel. “BDS is hurting us; many of us can’t get work in the West Bank and wages are so low. We need this work,” one Palestinian who managed to keep his job, told Al Jazeera.

As far of the future of BDS at the University of Manchester goes, the Students’ Union’s Trustee Board still has to approve and lay out how the decision will be implemented.

On the issues surrounding BDS they provided this statement to The Mancunion: “Here at the Students’ Union there is no place for any form of racism, oppression or discrimination. We have zero tolerance to all forms of harassment. As part of our commitment to creating a welcome and inclusive university community we will continue to work tirelessly to ensure the student movement is fair, liberated and safe for all.

“For any student that has been affected by any of the issues raised above; our free and confidential advice service is available to everyone, located on the ground floor of the Students’ Union.”

The Mancunion contacted the University of Manchester Jewish Society, who were not available for comment.