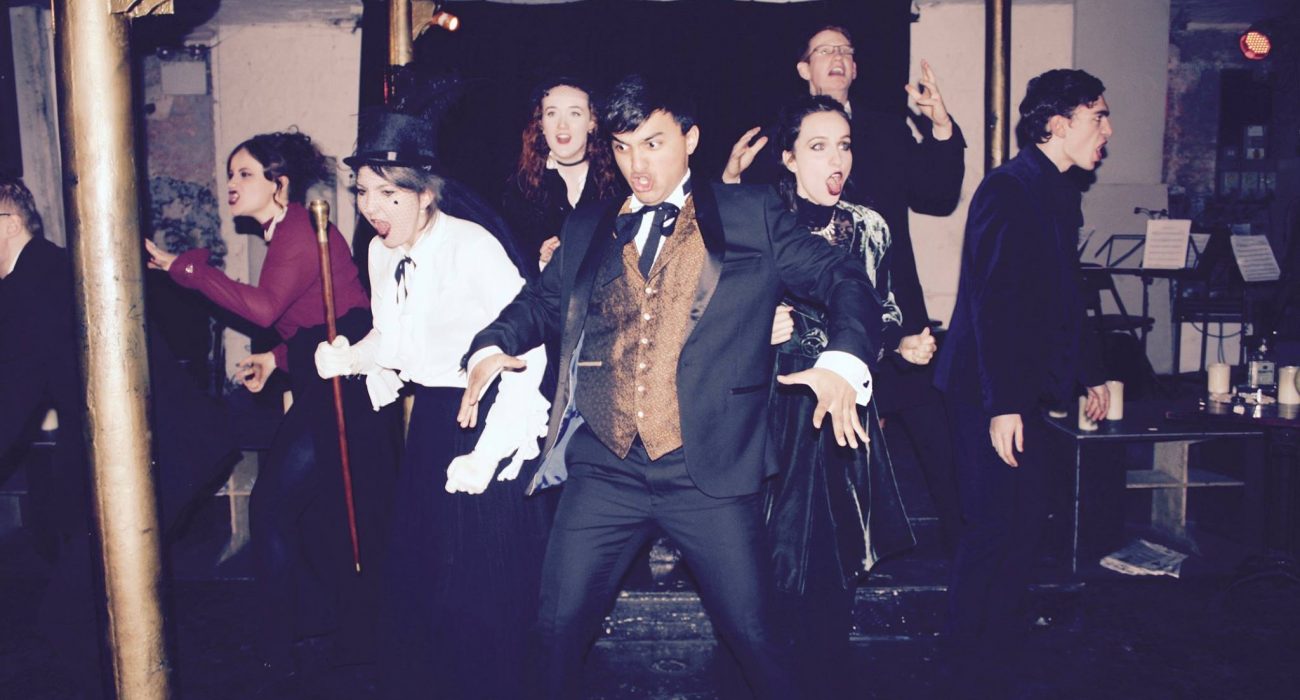 Review: An Evening of Puccini

Having never seen any Opera myself, I was wary of being inadequate to the task of reviewing The Opera Shack’s inaugural performance, ‘An Evening of Puccini’, their own version of the comic opera, ‘Gianni Schichhi’.

However, given their aim of taking Opera from its elite background and reintroducing it to a wider audience, I was apparently perfect for the job. Every barrier that had made opera so inaccessible to the average person had been broken down. Out were the posh, stuffy, regimented venues, the huge price tags, and the compulsory formal dress code; though funeral attire was advised, in keeping with the story.

Instead, they hosted the event at The Islington Mill, an excellent venue for a performance like this; an empty space, barely furnished, with metal beams conveniently placed to circle the performance area, giving the freedom to use the space as they desired. The seating situation was as relaxed as could be as we were told to sit on whatever we could find; sofas, stools, benches, and boxes, all contributing to the carefree attitude of the night.

The inaccessibility also often comes from the ubiquity of the Italian language in opera, and the sparsity of its knowledge in the majority of the British population. Therefore, we are forced to either look up the story beforehand, ruining the ending, or piece together our own version of events given what we can work out, which could go well for some but poorly for many.

Thankfully, this version of ‘Gianni Schichhi’ had none of these issues given their fantastic use of spoken word to fill in the gaps. But it was much more than this. Written especially for the performance by the narrator, evident from the topical Trump reference, the spoken word used was not just a means to an end, it added to the performance brilliantly, breaking the fourth wall and loosening up the audience

Using the informative narration, I know that the story of ‘Gianni Schichhi’ is a farcical tale, involving the will of a deceased man and many characters doing their utmost to profit. The performance itself was one of an outstanding ensemble, most evident when all came together in a chaotic scene, each singing about their right to the will as they darted around the stage emphatically.

Despite the language barrier, the actors evoked laughter throughout, showing how language barriers can be broken using the necessary operatic technique of being incredibly over the top in their expressions.

As well as the comedy, the story involved a classic love story between a rich man and a poor girl who ended up together, of course.

These two roles were played incredibly, with much of the crowd visibly moved by the voice of Lauretta as she sang of her love for Rinuccio. Her singing was an experience I’d never heard before, amazed that something so powerful and emotive could come from one person.

There was clearly a unanimous reaction from the crowd as they applauded with enthusiasm. Though I don’t know how many were already opera enthusiasts, I expect this performance has opened many minds to the opera. The Opera Shack are onto something special here and I would love to see more of this kind of thing in the future.

Tags: an evening of puccini, comedy, Opera, The Opera Shack