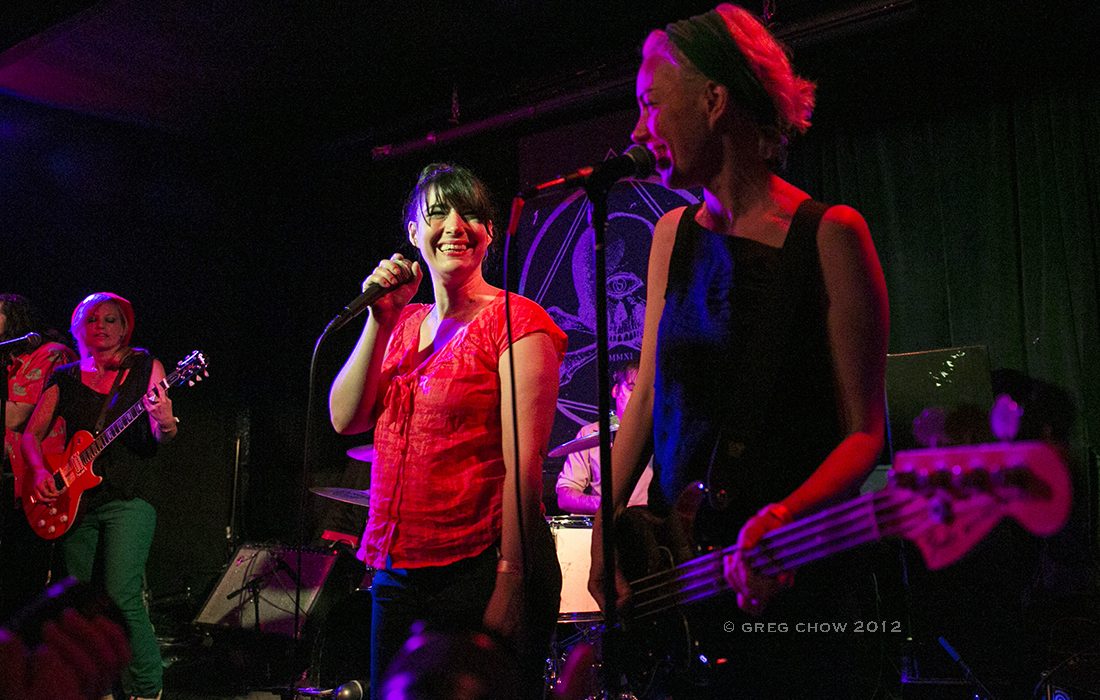 As a punk performer, you’d think Kathleen Hanna may be struggling in 2016. With her band Bikini Kill, she was the figurehead of the Riot Grrrl movement of ’90s DIY music, not to mention being a poster child for third wave feminism. Now Riot Grrrl is twenty-five years old, and Hanna now has the decidedly non-punk matter of a ‘legacy’ to contend with. This leaves many artists crushed by the weight of their past successes: fans are left disappointed, crestfallen that they’re not as good as they were ‘back in the day’.

However, The Julie Ruin are the exception to this rule. The most commendable thing about the show was how it never felt like a victory lap. Old ground was never covered. Hanna talked openly about Trump (her brand of political punk rock runs deep), but also the election in Austria and the tragic fire at DIY venue The Ghost Ship in Oakland, CA. There was no trying to be relevant: The Julie Ruin are relevant!

The music played throughout the night was also diverse. Ranging from standard garage rock in songs such as ‘I Decide’ and ‘Mr So and So’, to the dancey, electroclash style of Le Tigre in ‘Time Is Up’. The highlight of the show was the set closer of ‘Rebel Girl’. It may be Hanna’s biggest song, but seeing it being played never felt like an obligation or a chore for them. Hanna and the crowd sung it as loud and energetic as possible, not caring who was watching.

Overall, what stuck out about The Julie Ruin is their unabashed enthusiasm. Even on occasional slip-ups, mainly a butchered version of Courtney Barnett’s ‘Pedestrian At Best’, it’s hard to judge them too harshly. With Hanna wigging out in every song, and Kenny Mellman, the keyboardist, thrashing the keys in a shirt and shorts covered in rainbows and dolphins, how can you not enjoy them play?