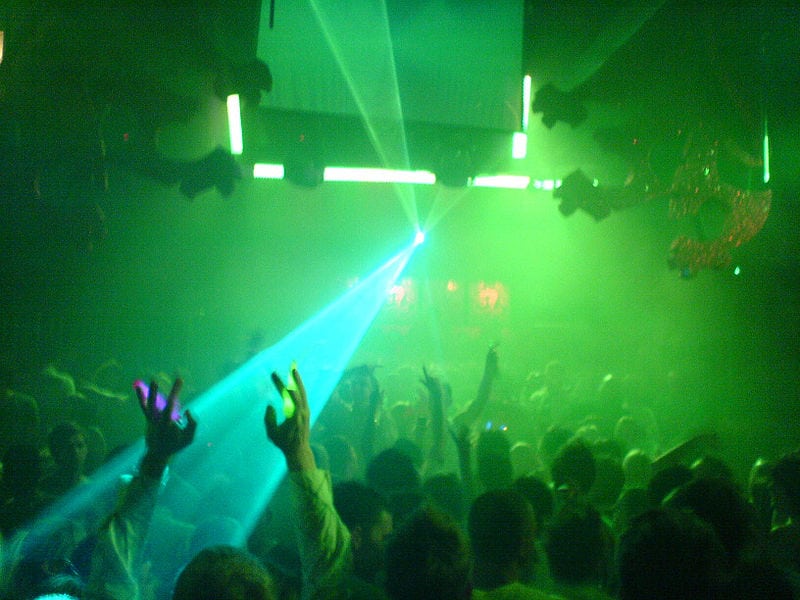 I believe that it was the present writer who, in jest, said some weeks ago:  “I for one will be starting my #SaveLuxuryApartments campaign right away.” And, with either disastrous sincerity or in admirable commitment to ironic humour, it looks like the people have listened and taken action. Yes, another set of top notch properties is set to situate itself in the building where Sankeys once lived and reigned.

This club was a formidable place, and not just within the Manchester scene. It always held its own in relation to London nightlife, as their at-times premium drinks prices would attest. And now, in an homage that has seen Sankeys finally go a step too far in a bid to imitate our capital city, it has tragically turned itself into a collection of expensive flats.

“I remember my first trip to Fabric,” were the words I once said to someone at the pub wearing a Seth Troxler t-shirt. It was supposed to be a sort of “I remember my first pint” jab directed towards someone a couple of years younger than me. He didn’t get the joke. Plus, it just didn’t really work because I actually own the same t-shirt. In truth, it was more of an indication that I wasn’t handling my pints all that well.

I do remember my last trip to Fabric, though. Administrative errors meant that we were initially not allowed in. GO AWAY, we were told. GO DIRECTLY AWAY. DO NOT PASS GO. DO NOT COLLECT 200 POUNDS. Well, I went away for a bit and cheekily collected 200 pounds from a nearby Monopoly stash. Luckily, the people working at a bar nearby believed that it was real money. Unfortunately that was only enough to buy one drink. But I thought I would give it another go and returned to the club, where this time I was told there was room at the inn.

I like to think of this night as an allegory, or maybe a prediction or possibly even a message from above that Fabric would soon close and then reopen shortly after. Now, as we come face to face with Sankeys’ closure, I find myself thinking back to my final trip there, knowing that the signs of what was to some once more can be gleaned.

I remember the last time I went to Sankeys just the same. Well, actually, I say on this final occasion ‘I went to Sankeys’ but this is only partly true. I did get a taxi to Sankeys. I went there, in the same way that ‘going to Buckingham Palace’ as a phrase would normally indicate visiting the building and standing outside it, looking at the building through some fencing. What I am trying to say is that I did not enter Sankeys that night. And ok, if you really care, I said ‘I remember’ when in actual fact I don’t really remember, due to my being dangerously pissed.

This might seem a dubious recollection for an article in memory of the club, but perhaps it is fitting that my last trip to Sankeys was unfulfilled. Perhaps this was a vision of the end. I, like the club at present, lost a battle against forces more powerful than myself. In my case, it was a bouncer who kept on pushing me out of the queue (even when, with great agility of wit and drunkenness of character, I re-joined the queue repeatedly for about two hours). In the case of the club itself: the unwinnable battle was against the fearsome competitor of property development.

In desperation, I tried to tell the security on the door that they would all lose their jobs if they did not let me in. I thought I said to them, “This encounter seems simple enough now but it is actually symbolic of a far greater and more tragic event!”, though at the time most likely in terms exceeding these in both passion and eloquence.

Needless to say — but I will say it anyway — they didn’t let me in, and the prophecy of closure has been fulfilled. Sankeys has gone the way of the Haçienda. Years of fun draw to a close through the revelation that it is probably easier to make money by providing leather sofas, en suite facilities and elegant minimalist kitchens to young professionals than sweaty raves for people who keep on shouting “oiii fuck off!” and scrunching up their faces.

For a student, the concept of luxury apartments can bewilder. You hear so much about them that you would imagine they must be everywhere. But personal experience of what they entail still eludes you. So for now they are just buildings that you must imagine are always there, sometimes freshly renewed, but that you never have a reason to enter. For now you just assume they must have some purpose. A bit like that place that used to be called Baa Bar.

Perhaps now the only club safe from the threat of closure is Antwerp Mansion, whose chief advantage is that it would require the improbable backing from someone like Warren Buffet to get it any way near transformed into luxury apartments.