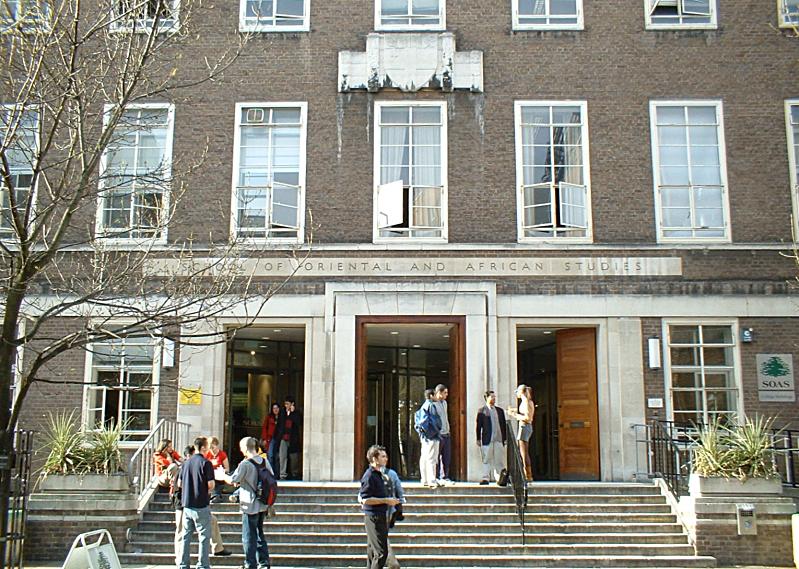 The Students’ Union at London’s School of Oriental and African Studies has denied Jewish students the right to decide what constitutes anti-Semitism.

The motion for a ‘Jewish Equality Act,’ which petitioned for kosher options, access to multi-faith rooms and rescheduling for Shabbat and Jewish holidays, was passed at a Students’ Union meeting last week. The University of London constituent college has just 39 students who identified themselves as Jewish during the application process.

Whilst the motion’s requests were granted, the Union did not agree to a clause which demanded that “Jewish students should be given the right to self-determination and be able to define what constitutes hatred against their group, like all other minority groups.”

Avrahum Sanger, an economics third year undergraduate who is the President of the SOAS Jewish Society, proposed the Act. He was “outraged” by the decision to remove the clause, believing that “removing this line tells me and my Jewish peers that we are not able to define our own oppression, that we are not able to self-determine our identity…that it is one rule for them and another for every other minority group.”

Adopted by the Metropolitan Police after a 1999 investigation into the mishandling of Stephen Lawrence’s murder, the Macpherson principle gives anyone — not necessarily the victim — the right to describe an assault as racist, pending an investigation.

The Community Security Trust charity recorded 1,309 anti-Semitic incidents in 2016, compared to 960 in the previous year —  an increase of 36 per cent. The charity’s chief executive, David Delew, described the problem of anti-Jewish feeling in the UK as “getting worse.”

The School of Oriental and African Studies was one of several universities, including the University of Manchester, that Baroness Ruth Deech identified as giving Jewish students “a feeling that there are certain universities that [they] should avoid — definitely SOAS.”

In 2015, the SOAS SU voted to boycott Israel in a referendum, a decision upheld by the university itself. Last year, an ‘Israel Apartheid Week’ was held at SOAS in order to “raise awareness of Israel’s apartheid policies over the Palestinian people.”

Additionally, the university is currently under investigation by the Government’s Charity Commission for an allegedly anti-Semitic speech made there last year. At a Palestine Society talk, Thomas Suarez described Zionism as a “racist, fascist movement.” After this talk, BDS (Boycott, Divestment and Sanctions) graffiti appeared across campus; the University of Manchester Students’ Union voted to officially endorse this campaign in December last year.

After an article entitled ‘SOAS students “scared to wear the star of David and speak Hebrew”’ appeared in the Evening Standard in late January, the university issued a statement on the issue of anti-Semitism.

It expressed a desire “to be inclusive of all students of faith and we welcome suggestions about how to best achieve this…if we can do more, we would of course look at additional steps we could take.”

Acknowledging the fierce Israel/Palestine debate on campus, the statement finishes: “a wide range of opinions and views are expressed at events held at SOAS and it does not mean that the school endorses or supports the views. However, this does not permit the expression of anti-Semitic views or any other views that are illegal or incite racial hatred.”

The Students’ Union later issued a clarifying statement on Facebook, stating that an amendment to the motion included “a definition of anti-Semitism based on the definition put forward by Professor David Feldman from the Pears Institute for the Study of Anti-Semitism.” It also mentioned the university’s “proud tradition of anti-racist struggles,” and reiterated that “the student body at SOAS remains united in fighting against all forms of racism and bigotry including anti-Semitism.”