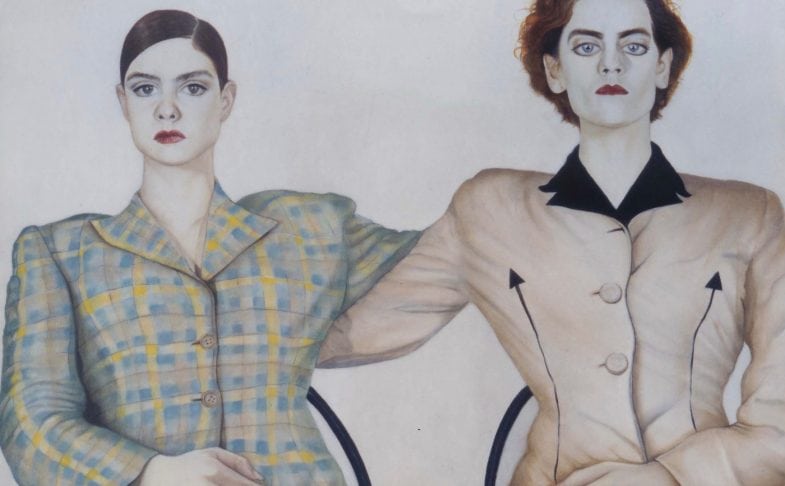 Never Going Underground marks the 50-year anniversary of the partial decriminalisation of homosexuality in the UK. The title of the project is taken from the campaign against the infamous Section 28 which forbade the promotion of homosexuality, which led to the UK’s largest ever protest for LGBT+ rights here in Manchester. The exhibition focuses on the on-going fight for LGBT+ rights, enlightening visitors with events both before and after the 1967 Sexual Offences Act.

The exhibition comes as a precursor to Manchester’s feminist Wonder Women festival which will see a vast array of equality themed theatre, arts, and even conferences across the city. Following the controversial inauguration of President Trump, the general consensus from LGBT+ supporters seems to be that there has never been a more important time to fight for equality, and basic human rights for all.

Never Going Underground explores the societal shift between a time when: it was illegal for men to express themselves freely without persecution, lesbianism was passed off as a medical issue, trans rights were simply non-existent — and society’s attitudes today. Now LGBT+ legal protection and equality is recognised almost nationwide in the UK, though there is still a long way to go.

The exhibition has been two long years in the making, and was aptly curated by 11 members of the LGBT+ community.

The piece follows 60 years of activism, and displays the various types of struggles the LGBT+ community have encountered over this long period of time. According to the People’s History Museum website, the exhibition “will highlight that there is nothing inevitable about that progress, and that in the long and complex story of over 60 years of activism, it’s important to remember that there were steps back as well as forward.”

Never Going Underground promises solidarity, power, and humanity. We are invited to witness the hardships that have been overcome by the LGBT+ community, that have led to the widespread knowledge of the cause, and the relentlessness of those fighting for their rights to equality.