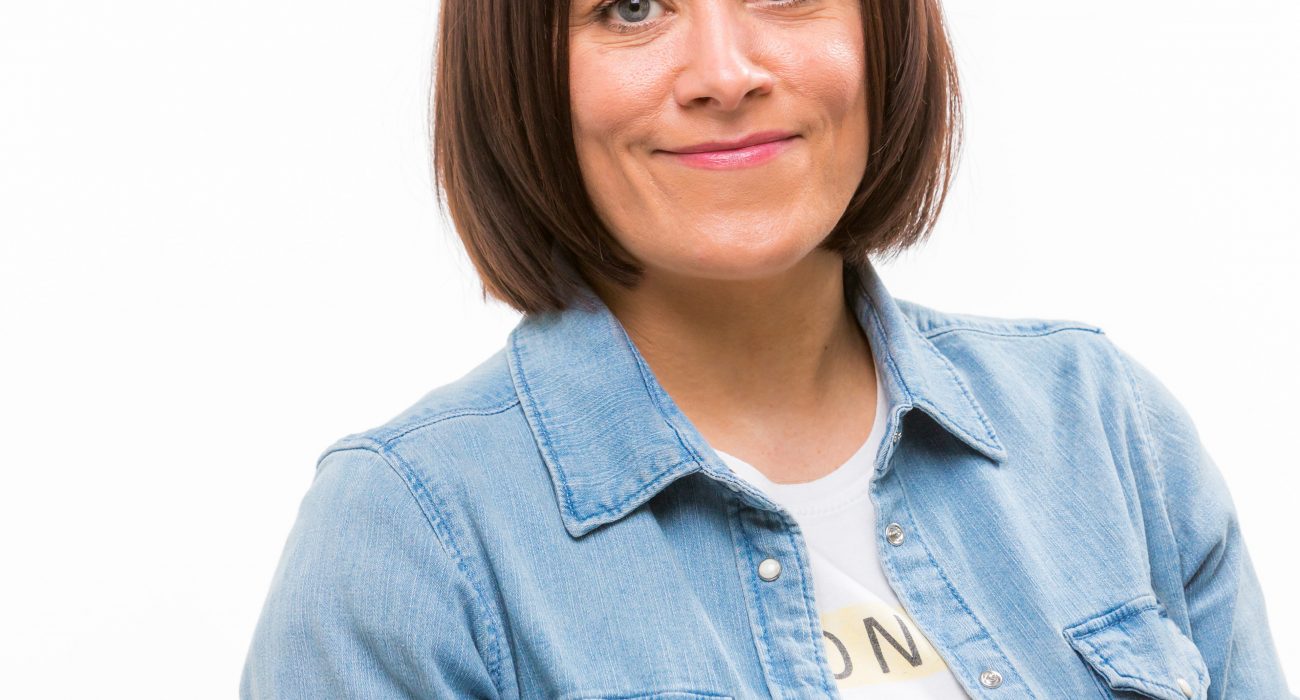 When I sat down with Jenni she was deep in midst of the preparations for this year’s Reclaim the Night, explaining that “not just about organising one march, on one night, on one street — there’s a lot of preparation that goes into Reclaim the Night itself,” adding that “it’s definitely [her] most busy time of the year”.

However, Jenni’s role is not just about Reclaim the Night, as much as it may dominate her time as an officer. Her biggest achievement in her mind has been her ‘Sticks and Stones’ campaign launched last year.

She explained that she set up the domestic abuse campaign for students, centred specifically around emotional abuse and coercive control, as she had witnessed from being involved in the Women’s campaign that there are lots of students who have been in abusive relationships, and she wanted to “let students know what that looks like, that’s it’s not OK, that it’s unacceptable”.

When asked about the challenges she faced, she said that while the biggest challenge for her is probably expected to be the many students coming to talk to her about issues such as sexual harassment and violence on campus, she was prepared for that. Instead “it’s more the logistics of the job, the board meetings, finance meetings, and the things I wasn’t aware of” that challenge her more, she tells me.

Jenni prefers “getting [her] hands dirty working with the students, being out there in the community, and empowering students”.

One example of how Jenni pledged to work with students was around consent education for students, however such proposals have created controversy on other UK campuses, with students refusing to attend or staging walk outs calling the workshops patronising.

Jenni acknowledged that the workshops need to be very carefully packaged so as not to appear patronising and her plans to achieve this are to incorporate “some element of active bystander training into this”.

She believes “you can’t have one without the other,” and that by teaching students how to be active bystanders, giving them the ability to recognise when sexual harassment or victimisation is occurring, this will necessarily mean they gain a greater understanding of consent.

Another topic of debate which often surrounds the role of Women’s Officer, is why there is not also a Men’s Officer. On our current Exec Team there are seven women and one man. I asked if this meant that men lacked representation within the Union.

She admitted that at the level of the Exec Team and staff and students at the University there is greater or equal female representation, however the higher you get up that ladder to senior levels it is still dominated by men, claiming “yes, we have a female Vice-Chancellor, but she is surrounded generally by men”.

However I suggested that one of issues is that while people accept that men at the top of society have more privilege, at the bottom with students, men are more likely to have mental health issues and have higher suicide rates. Is there not more we can do to represent these students?

Jenni argued, however, that these issues have grown out of precisely what she is trying to tackle: “I feel it isn’t about lack of representation for men but this feeds into patriarchy, studies show how toxic masculinity feeds into the issue”.

While she continues to work on these issues, Reclaim the Night still dominates most of her time: “For about six weeks of the year you just become: eat, sleep and breathe Reclaim the Night”.

I asked her why she believes it has become such a big event within the Students’ Union calendar, with Manchester hosting year after year the biggest Reclaim the Nights in the UK.

Jenni explains that what makes the march special is that it brings people together who may have previously been involved in feminism, or women’s empowerment, and then they “come along to events such as Reclaim the Night and feel really inspired by them”.

Which in her mind is what Reclaim is all about, “not only is it about sexual violence, using our collective voices to say ‘no more’… it’s also about bringing people together and to start, perhaps for the first time, to facilitate those conversations and getting people interested in the values of Reclaim the Night”.

When asked if she imagines a time when marches like this will no longer be necessary, she simply said “in a dream world — yeah”. This is when the interview inevitably turned to Trump.

“There’s now a president in America that openly brags about perpetrating sexual violence, so if anything it’s needed more now than ever”, she argued, adding that “a lot of progress had been made, but now it’s almost like a slap in the face”. However, Jenni hopes that this will mean more people will get involved as so many have been involved in the recent women’s marches.

Speaking of the women’s marches I raised the criticism that the protests across the world against Trump’s inauguration might seem simply ‘self-indulgent’, and an example of simply talking within an echo chamber unlikely to change the minds of those who voted for Trump.

Jenni conceded that she understood some found the women’s marches more “self-indulgent than a call to action”.

I asked if she had any ideas as to how women’s campaigns could better talk to those we need to persuade rather than those already on our side. She suggested that it’s a difficult issue to tackle as Trump supporters had been socialised — particularly by the communities they live in and the politics they’ve been brought up with — to not see the behaviour displayed by Trump as wrong.

Although she said that did not mean you shouldn’t have those conversations, as “quite a lot of women are introduced to feminism at university, but not everyone has the privilege of going to university”.

Now and then she believes she will be able to talk with people to get a few eureka moments about victim-blaming and other issues, however ultimately she said  “there’s no definitive answer” as to how to talk to those not already feminists, “let’s just hope we can”.

Finally, with the deadline to stand looming, I asked why students should stand as Women’s Officer.

“There’s no other 9 – 5 job, even if you are in women’s services, where you would be stood there at the front with 3,500 people behind you”. 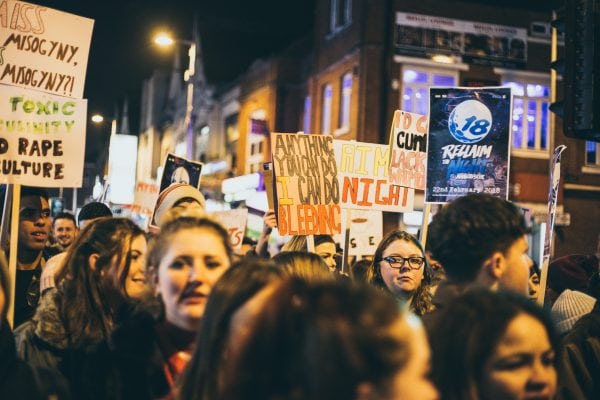