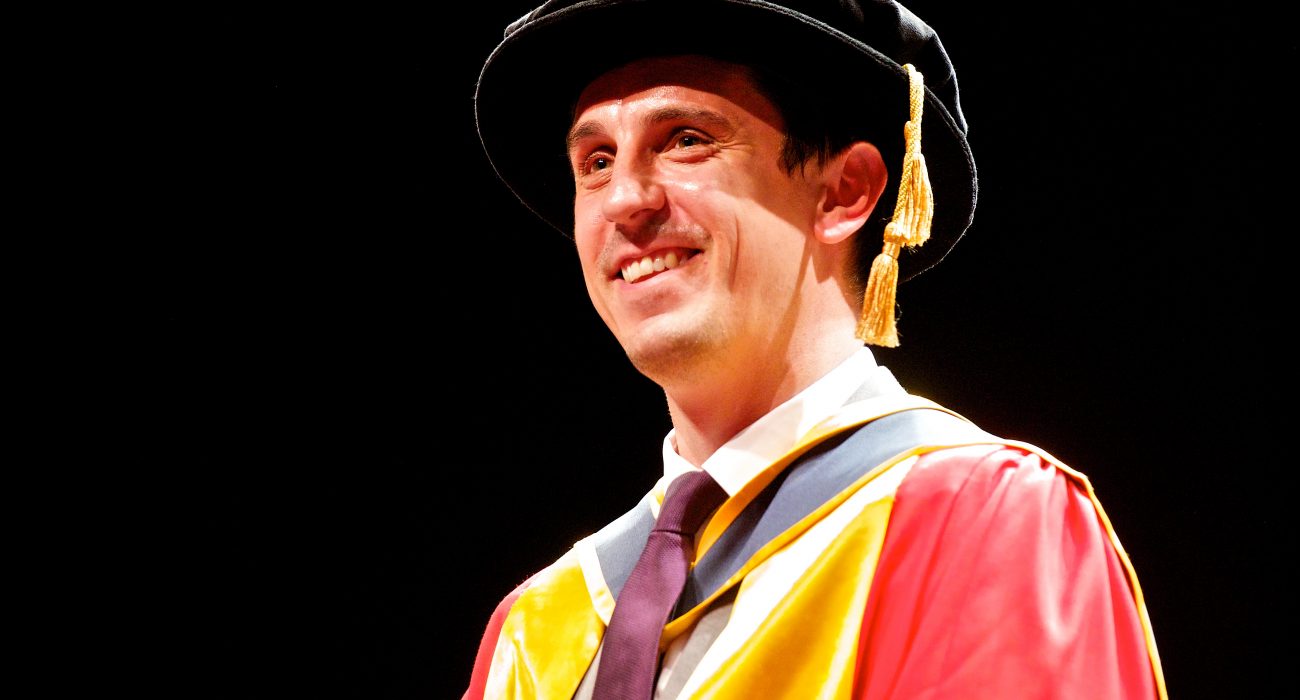 Gary Neville, and other teammates from Manchester United’s ‘Class of ’92,’ are looking to open a university in the Greater Manchester area.

Reports suggest they have been looking at possible sites in Stretford, Trafford – most likely on Chester Road.

In collaboration with Lancaster University, the former footballer’s new university hopes to specialise in sport studies, but will also offer courses including media, physiology, and sports management.

Although the name of the university is yet to be decided, sources have revealed it could be University Academy ’92, which can be shortened to UA92.

The name is thought to be in tribute to the winning Manchester United team that won the FA Youth Cup in 1992.

The new university will include a new build, and halls of residence that could cater for up to 5,000 students.

A Lancaster University spokesperson has said: “We can confirm that we are discussing this project with Gary Neville, but we are still evaluating its feasibility and no decision has yet been made to proceed or otherwise.”

Neville has also not given much away regarding the endeavour, previously saying, “I have been working on an exciting educational project but by no means is it ready to speak about in detail.”

These university plans are just a small part of Neville’s bigger plan for the redevelopment of Manchester. His St. Michael’s project, with business partner Ryan Giggs, includes two skyscrapers in the city centre.

A planning application for the scheme has revealed the plans, which include a hotel, skybars, an apartment complex, a synagogue, offices, and several bars and restaurants.

However, the redevelopment has been met with criticism from Historic England, who believe the project will cause “irreparable damage” to the “precious heritage of the city”.

Catherine Dewar, the North West planning director of Historic England, has said: “It would have an impact on people’s appreciation and experience of the stunning town hall and library but it would also erase different layers of this area’s history, irreparably damaging the special character of the surrounding conservation area.

“A dynamic city like ours needs to fully embrace development but this scheme is not good enough to justify the damage it would cause to the streets around the site and to the setting of the city’s most important buildings and spaces.”

Expressing how “deeply concerned” she was about the change to the city, she added that the change or loss of buildings, which include The Sir Ralph Abercromby pub, Bootle Street’s former police station, and Manchester Stock Exchange, “that have soul and tell important stories about our city’s past,” would be devastating.

Speaking on the matter, Neville has said the redevelopment will be “one of the biggest statements in architecture in modern times in Manchester” and would create 1,000 jobs in the area.