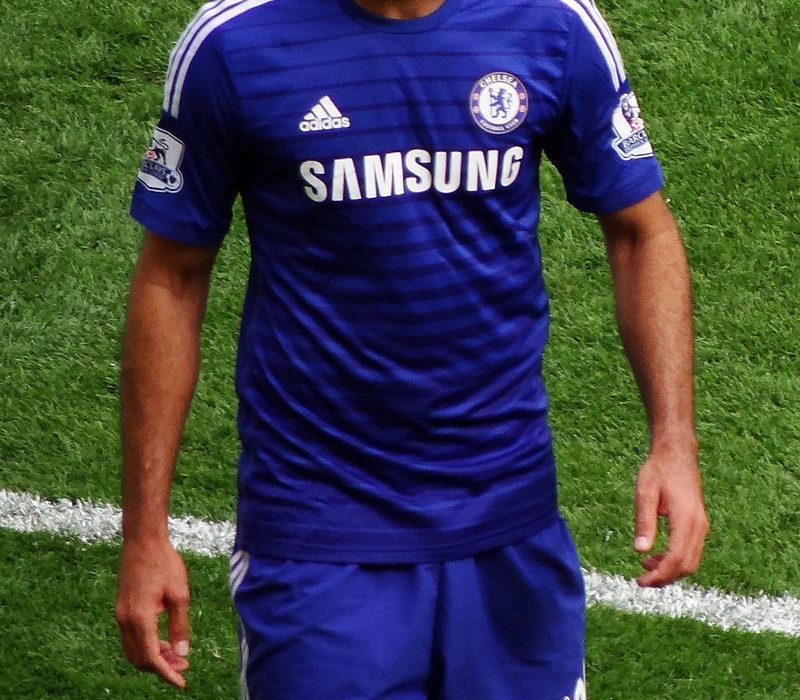 Diego Costa has arguably been the standout player in the Premier League this season: he has been the catalyst in Chelsea’s surge to the summit of the table. Costa has scored 15 league goals, which gives him a goal on average every 136 minutes. He has also registered five assists, as he continues to impress following a disappointing campaign last season.

There is no denying Costa’s quality, but many football fans will be quick to point out his below par performances last term when Chelsea finished 10th. Understandably, this could lead to questions about the Spaniard’s consistency, but one striker who can’t be criticised for his consistency is Robert Lewandowski – the Bayern Munich and Poland star is on fire once again this season.

In Saturday’s 1-1 draw away to Hertha Berlin, Lewandowski scored a stoppage time equaliser – his 25th goal of the season so far – which means he has now scored a quarter of a century of goals for six seasons running at Borussia Dortmund and Bayern Munich. The Pole is a goal machine who epitomises the ultimate modern day number nine.

The former Dortmund man is two footed, excellent in the air and can hold the ball up and go in behind. Costa shares similar traits to his striking counterpart, both forward’s characteristics make a defender’s task an absolute nightmare. As he did two seasons ago and in his time with Atletico Madrid in Spain, Costa is terrifying centre-backs week in week out, just as Lewandowski has done for the last half a decade.

The statistics appear to swing in favour of the Bayern striker this season, but the club’s talisman has only scored one more goal than Costa in the league. He has a further nine in German cup competitions and the UEFA Champions League combined, while Costa has not played in Europe due to the Blues failing to qualify last term, and has one goal in one FA Cup appearance, which came on Saturday at Wolverhampton.

When examining a striker’s statistics, most people tend to look solely in the goals scored column, but there is much more to the game of a centre-forward than just goals. After an era of tiki-taka and false number nine’s, the traditional number nine is firmly back in fashion, and the front men form the fulcrum of their teams – including Costa and Lewandowski.

With possession now less influential, many of the game’s elite managers base their style of play around swift, fast, direct, expansive, counter-attacking football. Two prime examples are Italian duo Antonio Conte and Carlo Ancelotti, who like most football fans across the world, enjoy the fast-paced, high-energy side of the game as opposed to insipid solely possession based football.

Conte and Ancelotti represent not just successful, winning managers, but also managers who want their teams to play the right way. A huge part of this depends on the performance of the striker, who as well as scoring goals, is tasked with bringing their teammates into play and creating chances.

Both Costa and Lewandowski demonstrate this. They embody traits of an old-fashioned number nine, engaging in bloody battles with defenders. But they also have shrewdness and striking nous about them, running off defenders intelligently, getting in the right places at the right time to both score and create goals for their teams.

Aside of their striking sensations, however, Chelsea and Bayern are teams notoriously filled with pace and power. This undoubtedly helps Costa and Lewandowski, but their expert hold up play and their ability to link up play proficiently means that it equally works the other way, giving the players behind them more space and freedom to operate.

It combines to make a good recipe for excitement and success, and the key ingredient is a world-class striker who connects everything together. There are many reasons why Chelsea and Bayern are England and Germany’s premier clubs this season, but having a world-class centre-forward boosts any team’s chances of winning silverware immensely.

Who is the better player?
As we have seen, both Costa and Lewandowski are supremely talented footballers, two of the best in the world in their position. Lewandowski may have scored more goals this season, and been recognised as one of the best for a longer period than Costa, but the fact Costa is in a tougher league where it is harder to score goals just about gives the Spaniard the nod. His all-round play, tireless work rate and determination mean that Costa’s exemplary attitude rubs off on all his team-mates – he is a centre-forward who ticks all the boxes.