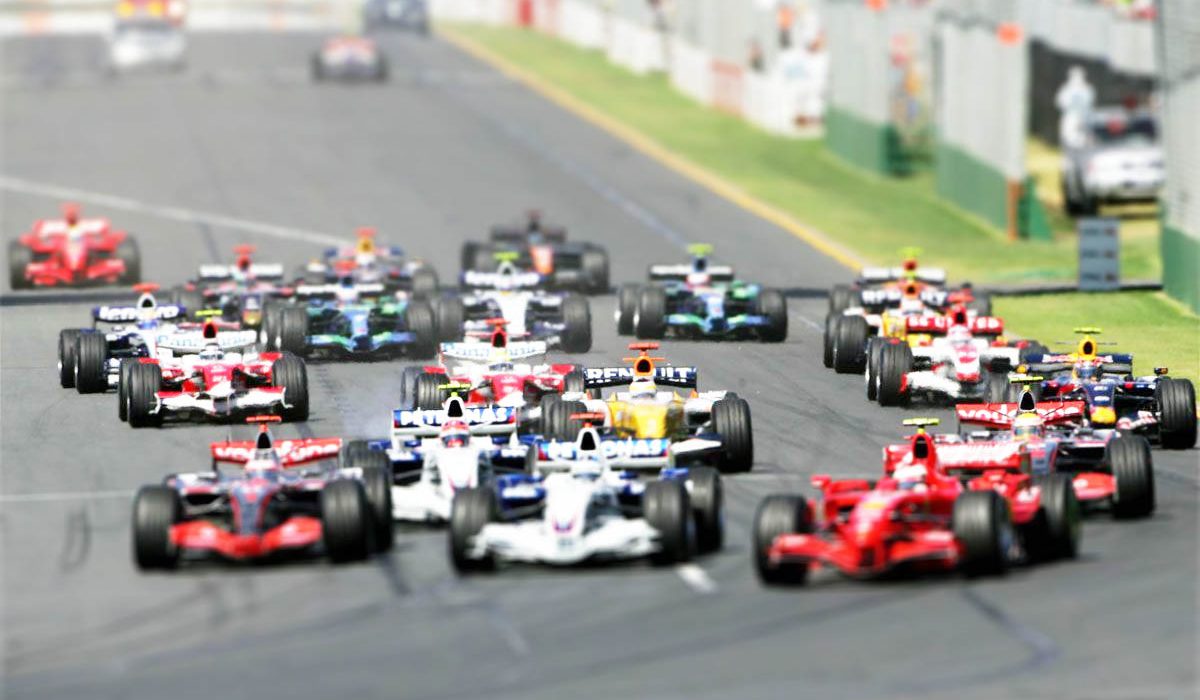 The 2017 Formula 1 season is “lights out and away we go” next month. On March 26th, the new year of motorsport’s premier competition will start off where it has for all but two of the past 20 seasons: Melbourne, Australia. However, Formula 1 will be looking very different to last year: and not least due to the absence of a reigning champion, after Nico Rosberg’s “classy” retirement.

Although there won’t be any new circuits for the drivers to get to grips with this time around, the destination list remaining largely unchanged aside from the removal of a German GP, there will be major rule changes in action for the developers to handle. In a renewed effort to generate greater appeal for the sport, new F1 regulations aim to enable the machinery to race faster and appear more dramatic. Tyres will be fatter, increasing in width by around 25 per cent compared to 2016, with rears up to 405mm and fronts up to 305mm. The front wing will be 150mm wider, aiming to eke out every morsel of downforce it can possibly get ahold of, for vastly improved cornering speeds.

The new plan seeks to make the cars up to five seconds per lap faster than in the previous season: a sizeable quickening of the pace. Wider, longer, and much faster: it’s as if last year’s batch of cars spent all the winter off-season in the gym. At least on paper, these changes point towards a new era of physicality in Formula 1, testing the drivers in ways they have not been tested for a decade. These changes hope to take the sport by the throat and inject a sense of rawness that some feel has been declining over recent years: and in the process, end years of domination from Mercedes. Whether these intended aims will come into fruition, however, is yet to be seen.

There is certainly the possibility that the results will entail a dramatic change. Senior F1 insiders say downforce gains could hit a 40 per cent increase by the end of the year, a huge increase. Engineers have certainly become excited by the news, the BBC reporting talk of 130mph bends becoming 150mph belters, new sections of full throttle track space opening up, and cornering forces ballooning upwards by more than 1G. All of these exciting new statistics remain only as educated guesses until testing at the Circuit de Catalunya in Barcelona gets underway on February 27th; but the signs are certainly promising.

Whether the increased speed will lead to better racing, however, is still an open question. In these modifications, the FIA did not seek to render overtaking any more difficult than it already was, but there are fears that the new shape and size of car will have just that effect regardless. Increased width will lead to increased drag: with cars slower in the straights and faster in the corners, braking distances will be reduced, which will make overtaking a bigger challenge for each and every driver in each and every seat. On the other hand, the changes might lead to a closer pack of race cars, especially at the front: a prospect which always makes for exciting viewing on the race track.

It’s not just a thrilling prospect for the viewers, either: teams hoping to reap the benefits of a shake-up in the order also seem to be returning to the sport with a newfound enthusiasm to bring down the current order. Red Bull team principal Christian Horner promises a “brand new engine” and a “change of philosophy” after a big winter for the outfit, describing the atmosphere in the camp as “excited for the year ahead”. If it’s enough to get the blood pumping for even the most well seasoned and highly decorated of Formula 1 bosses, that surely bodes well for the humble spectator.

The new season of Formula 1 has certainly continued to set itself up to be one of the most pacey and exhilarating years the sport has seen in many a year. Let’s hope that this newfound speed leads to not just better lap times, but more stirring and competitive track racing too.