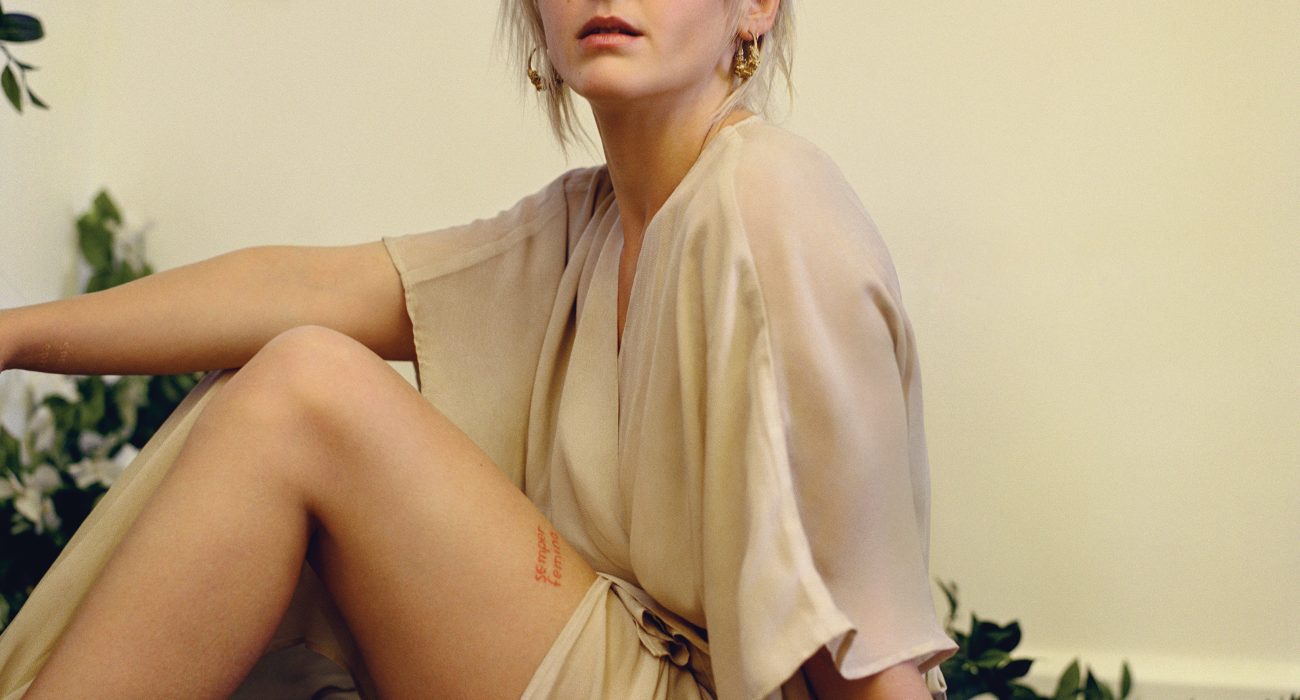 Feature: In conversation with Laura Marling

In a musical career spanning just nine years, Laura Marling is imminently releasing her sixth studio album, and it is clear that Semper Femina represents a new stage in Marling’s artistic career. Working on a collaborative project The Reversal of the Muse last year, and self-directing her music video for first single ‘Soothing’, the singer-songwriter has been exploring her creative abilities.

Her exclusive student press conference, broadcast live on Facebook, was an opportunity to be grabbed, considering Marling has only given interviews sparingly over recent years. Her eagerness to emphasise the importance of student journalism seems evident, and this excitement was keenly shared by the representatives from student newspapers all over the country sat in Goldsmith’s Students’ Union, decked out in ambient dusky lighting.

The conference followed a format interspersing selected questions from students and online fans with three acoustic performances from the album tracklist: recent single ‘Wild Fire’, and the final two songs of the album ‘Nouel’ and ‘Nothing Not Nearly’.

Charmingly flippant and relaxed, yet serious about her wishes for the album, Marling happily answered questions on her inspirations, experience in the music industry, and the importance of exploring — even if not fully understanding — femininity.

Addressing the big question of her inspiration for Semper Femina, Marling highlights her focus on female experience. Initially wanting to exercise power over the trope of men writing about women, she later decided to write from a woman’s perspective.

Vehemently insisting on not attempting to assert a defining position on feminism and feminine culture, she instead sees this album as a way of exploring her experience amongst others in the world we live in. This seems a particularly apt response to a purportedly ‘post-gender’ world in which misogyny nonetheless remains rife.

The subtleties of this argument are present throughout the album, and legitimating feminine experience is just the start of it. “Fickle and changeable, semper femina” sings Marling in ‘Nouel’, paraphrasing the Virgil quote which inspired the album’s title.

Now tattooed on Marling’s body, the phrase roughly translates to “always a woman”, subverting the meaning of the whole sentence, which associates femininity with less flattering characteristics. In this sense, Marling and her new album embody a fitting challenge to male attempts to define womanhood.

Marling was eager to talk to me about the impact of her recent project The Reversal of the Muse upon her latest creative work. The project, a series of podcasts discussing creativity in the female experience with other women working in the music industry in positions ranging from production to songwriting, saw Marling work with guests including HAIM, Dolly Parton and Emmylou Harris.

The project inspired her to further probe other creative industries such as visual art and film, as well as widening the discussion about the nature of femininity. Most importantly, it confirmed to Marling that she was on the right track by inquiring after a multi-faceted, thought-provoking issue in understanding feminine experience. She concluded that Reversal of the Muse “allowed me to keep asking questions about these things, and that’s what I want to keep doing”.

“Whereas Short Movie [her 2015 album, recorded in anticipation of a move to Los Angeles] was based on a landscape, this album was more based in thought,” Marling explains when questioned on her creative move between the two. She ascribes English homesickness on tour as an important feeder into Semper Femina’s reflective core.

In comparison to the anxious urban bustle of Short Movie, Semper Femina is calmer and considered, yet Marling remains just as passionate, if not more honestly so. Despite being in search of answers, she is exploring them with an older and wiser head upon her shoulders.

Suitably placed as the final track of the album, ‘Nothing Not Nearly’ has a sense of finality about it, stopping short of concluding the issues raised within the album but certainly learning from them. Distorted guitar and assertive lyrics such as “love waits for no one” are indicative that Marling has gained both knowledge and confidence through the exploratory creative process behind Semper Femina.

The discussion ends on a more personal note, with Marling suggesting that if she had not become a musical artist, she would have wanted to become a chef or a writer. For anyone dying to know Laura Marling’s favourite self-written song, it’s ‘Rambling Man’, from I Speak Because I Can, which has never been off her touring setlist. “It’s very satisfying to sing and it’s quite fun to play,” she explains with a smile on her face; “I’m probably playing it in my sleep now, I suppose!”.

She finishes the conference on a question about her experience in the music industry, busting the myth of a glamorous lifestyle with an exhausting, scary reality, particularly for a female. The restricting fear of being alone, which she highlights here as part of the female experience as a touring musical artist, is a recurrent theme of many of her songs, even before Semper Femina. Marling doesn’t proclaim to have the answers to these issues, but she’s continuing to ask the right questions.