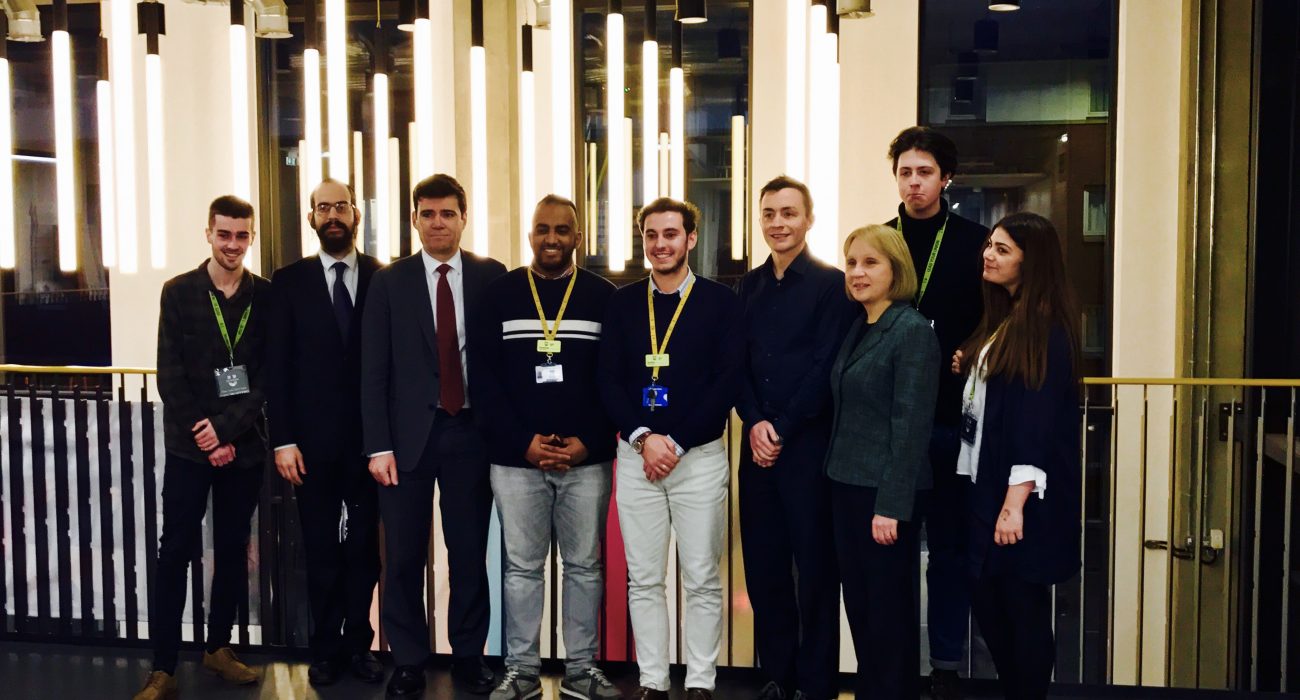 The Union at Manchester Metropolitan University hosted the second hustings in the build-up to the election of the Greater Manchester Mayor last Thursday. Over 100 people, most of which were students, watched the hustings.

Andy Burnham for Labour, Jane Brophy for the Liberal Democrats, Sean Anstee for the Conservatives, and Shneur Odze for UKIP, were all in attendance. Following the death of Deyika Nzeribe from a heart attack in January, it was too late for Will Patterson’s attendance, as the Green Party’s replacement candidate, to be organised. Stephen Morris for the English Democrats, and Peter Clifford for the Communist League, were not in attendance.

Organised by the Manchester Metropolitan University debating society, the four candidates answered three questions: how they expected to grow Greater Manchester and live up to the idea of a Northern Powerhouse within the context of local council’s budgets being cut, and how they planned to control the policing budget within the context of the Reclaim the Night march, which happened immediately after the hustings.

The Mancunion asked the evening’s opening question: “With over 100,000 students in Greater Manchester, how do you expect to win their vote?”

Sean Anstee for the Conservatives described how he wanted to put Greater Manchester’s economy in a position where it could stop students from leaving the region having graduated. He cited the importance of working with employers, creating skilled jobs, and affordable housing.

Jane Brophy for the Liberal Democrats, who has a child at the University of Manchester, cited the importance of remaining in the EU to students, referencing the ERASMUS programme. She also spoke of the importance of the issues of climate change, job security, and getting people on the housing ladder. Within the context of Reclaim the Night, she described how “some students don’t feel safe walking around the city at night”.

Shneur Odze for UKIP explained his intentions to regulate transport, making it economical and to allow for it to get you round all Greater Manchester. He dismissed Jane Brophy’s concerns over ERASMUS in favour of the belief that they want us as much as we want them. He also spoke of suiting the need for accountability within the context of students paying tuition fees. He cited this as a way for students to get involved in civic and communal life. Testament to this, he described his intention to work as Mayor with a council of leaders from all walks of life in Greater Manchester, students included.

Andy Burnham for Labour spoke of the need to outwardly value students: “We value you, we welcome you, and we want you to stay here.” As a reflection of this, he cited the need to lower travel costs for younger people, get tough on landlords, protect the community in the context of policing cuts, get carbon neutral with support for cycling lanes, and end rough sleeping.

Asked who students thought performed the best at the debate, the answer was unanimously Andy Burnham. Asked who they would vote for if there was an election tomorrow, the answer was the same. They cited his experience and his oratorical skills as reasons why: “He was very clear and concise, I thought” said one student, “he’s got the best vision for students” said another.

One student cited Shneur Odze as performing second best: “I’m surprised how well he came across.” Another common comment amongst students was on the lack of difference between the candidates.

“Basically, they’re all the same” said one student.