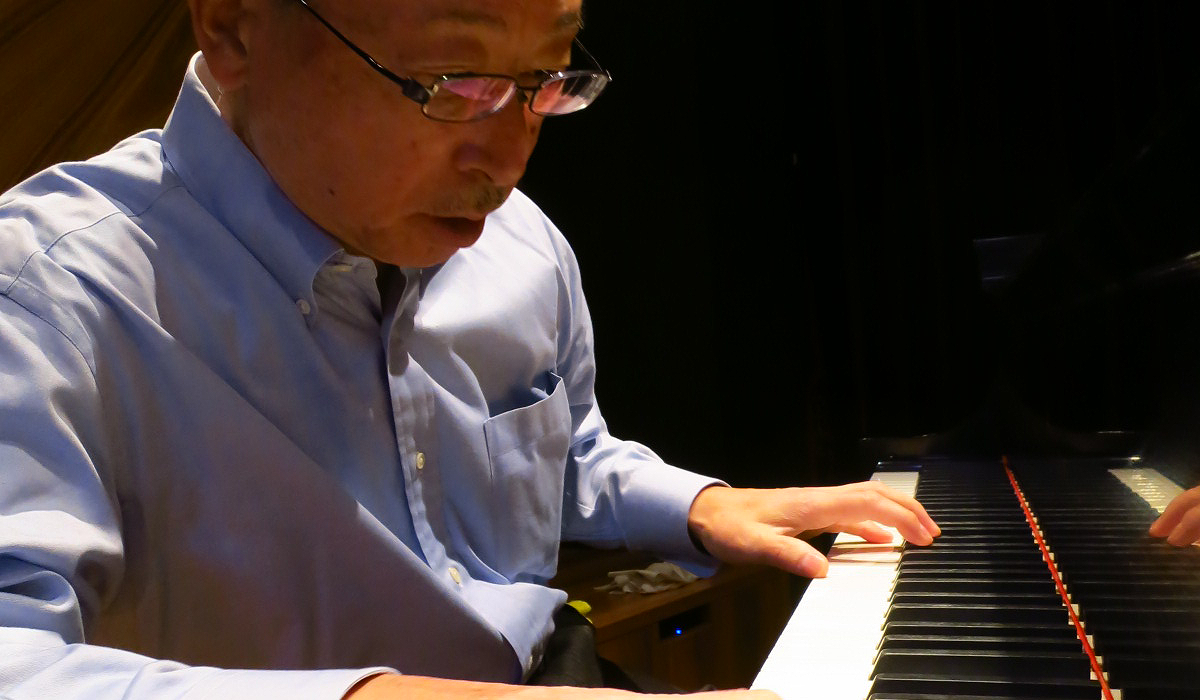 At the beginning of the 1970s, American jazz at its most creative had long since been and gone. There floundered a genesis of newer genres, more innovative, exciting and popular than ever before. Over the years, jazz dropped lower and lower down the pecking order, increasingly playing second fiddle to rock, funk and soul.

Even the most revered of artists tried to keep up, welding their musical styles with more commercially lucrative music. Fusion grew and fusion failed. The United States had grown tired of the increasingly experimental and complicated developments, and people wanted music they could dance to. American jazz had become a musical underclass.

Elsewhere in the world at this time however, the genre experienced a rather contrasting fortune. In ’70s Japan, jazz was only just beginning to dig its feet into the ground. After World War II had come to its atomic conclusion on the western shores of Honshu and Kyushu, American culture was seen as being too, well, American. In fact, during the 1940s, there was even an attempt to ban jazz music wholesale, being labelled “enemy music”.

This hostility did not prove to be so steadfast. During the post-war Allied Occupation, the presence of American troops in the Land of the Rising Sun began to increase. Growing weary of native traditional music, slow and folky, troops lusted for the music that had once graced their ears back home. Musicians were hired, shown, and taught. Japanese jazz was kicked off with a swing.

As the years went on, Japan’s newfound national obsession with jazz ballooned. It was in 1976, though, that the genre came to a previously unreached summit, when Hokkaidoan pianist Ryo Fukui released his debut record Scenery. Incredibly, Fukui had only began to learn his instrument six years prior, self-taught from the age of 22. Encompassing mastery seemingly far beyond these few years of experience, Fukui stunned Japanese audiences with distinct takes on classic jazz standards.

Entirely instrumental and driven by the piano playing of Fukui, the hard bop style is remarkably accessible, and yet to no detriment of quality: a combination considered almost fictitious to most. Playful tunes meet possessing ballads: grippingly melodic keys sweep and swathe backwards and forwards amongst themselves, a musical winding forest pathway. It’s gorgeous.

The album is a dreamland: at once as sombre as it is uplifting. The second track, ‘I Want To Talk About You’, aches the heart: a slow, pleading yet peaceful tone gracefully wanders by. Astounding both in aesthetic and technique, gliding keys simply ooze one into the other as smooth as butter. And yet immediately afterwards, the third track ‘Early Summer’ erupts into a sky-high tempo piano solo, a tip-toe chase as frantic as it is wonderfully crafted. ‘Scenery’ is a melting pot: its stirrer, Fukui’s consistently powerful, elegant style.

Out of everything, the truly great feature of this modal masterpiece is the creation of such originality from such often heard jazz classics. There is a clear presence of creative improvisation, refreshing and reworking plenty-played tracks from Crosby and Coltrane in a distinctly unique manner. And for as much as the piano leads the way, the others in the trio only add to the superb aural quality of the music: the drums are resounding yet skillfully tethered and the bass pleasantly wanders, cumulating in a brilliant solo on the penultimate track ‘Autumn Leaves’. It’s really quite a combination.

The album ends with the eponymous sixth piece ‘Scenery’, sublimely mingling the noticeable dichotomy of mood throughout the album together into one track. Both gleeful and earnest, this final track is almost ceremonial of the album’s impending conclusion. As easy as it is to become saddened by the definiteness of the music, it is just as easy to become saddened by a reminder of the absolute absence of acclaim this album and its creator received. It feels such a shame that a wondrous creation of sound borne of supreme natural talent went by almost unnoticed around the world.

After crafting another beautiful album the following year, Mellow Dream, Fukui rarely visited recording studios. He was a believer in the power of live music over anything else: to him, performance and improvisation were essential. Frequenting the jazz clubs of Tokyō and Nagoya, Fukui became a fan favourite: revered only by word-of-mouth. A year after his final recording, a live album from his time at the ‘Slowboat’ jazz club closer to home in Sapporo, Fukui sadly passed away with malignant lymphoma in March 2016.

The music world is rife with injustices. Surely amongst these, one most prominent injustice can be said to be the music the Western zeitgeist has failed to even acknowledge. Japan may have been late to the jazz party, but they brought one of the best gifts to the table. Scenery didn’t attempt to break barriers. It is simply an incredibly personal, supreme blend of jazz from all eras: and a crying shame that it is as little-known as it is exquisite.